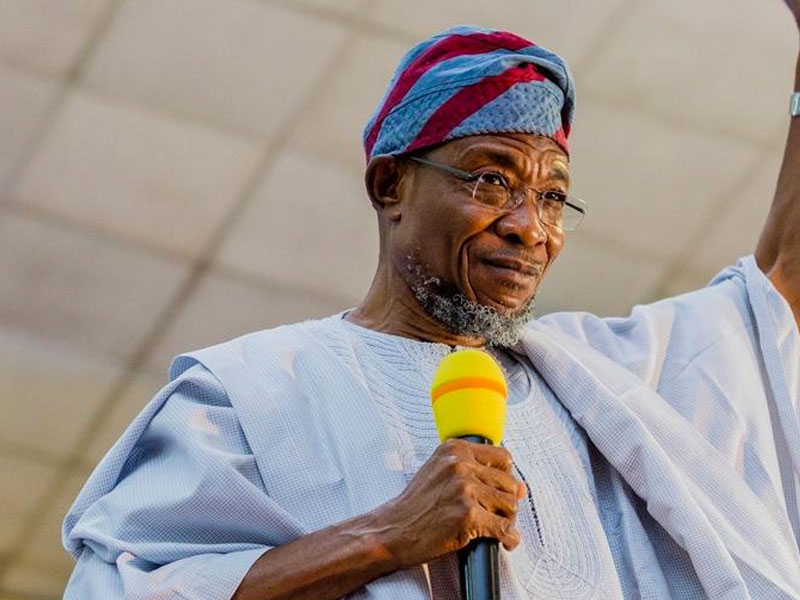 The Federal Government says it will soon deploy secret operatives and hidden body cameras in all passport offices of the Nigeria Immigration Service across the country to curb corrupt practices by its personnel.

Minister of Interior, Rauf Aregbesola, said this on Thursday in Abuja, while addressing the press after a meeting with the Comptroller General of Immigration, Mohammad Babandede; passport officers and attaches in Nigerian Missions abroad.

He said this was to ensure a seamless, transparent process and accord human dignity to applicants and fulfil citizenship integrity, in line with the mandate of the Ministry of Interior.

Aregbesola, said, “We have had several challenges in the past, including shortage of booklets, touting, racketeering, inflating the cost, passports being issued to ineligible persons, among others, said it was imperative for the NIS to review its operations and rejig its system, in order to be able to offer excellent services to its clients.

“Therefore, I am declaring a zero-tolerance stance to all forms of touting. No applicant will be made to pay any illegitimate fees.”

He also spoke about security personnel to be deployed, saying, “They will wear body cameras. They will detect and report any form of solicitations, inflation, improper communications, extortion, diversion, hoarding and other corrupt practices.

“Those caught will be dealt with according to the law.”

The minister said, henceforth, applicants would have no basis for further communication with officers, other than to complete their application process and leave the venue.

He said the date for the collection of their passports or any challenge to the application, would be communicated to them, adding that the technology for the efficient running of the system had been acquired and would be deployed.

The minister disclosed further that an ombudsman would also be created for members of the public to receive complaints and reports officers trying to deviate from prescribed guidelines and subversion of the process.

According to Aregbesola, starting from June 1, the passport application process will have a six-week timeline.

He said, “A timeline will be fixed for every application; that is a collection date. This will be six weeks, comparable to what obtains in other countries.

“This is to allow for enough time to investigate and validate personal information supplied by the applicants.

“If there are circumstances that will make the date to change, it will be communicated to the applicant one week before the collection date.”

The minister, however, said all backlog of applications would be dealt with between now and May 31, 2021.

He also hinted that express centres were being created to deliver the passports to applicants within two weeks.

The minister said a centre had been established in Abuja already, with ten more to be created in the coming weeks all over the country.

Related Topics:AregbesolaFeaturedPassport process
Up Next