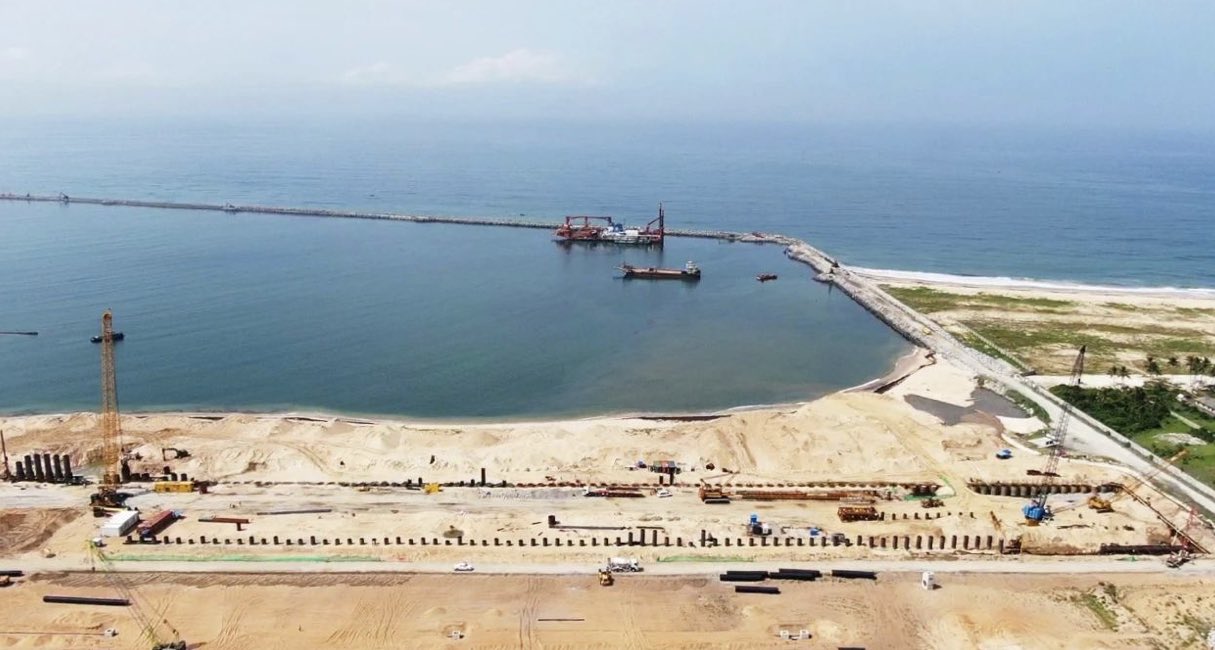 Already, the firm said it had completed its 1,909m long core of the main breakwater while work on the quay wall and landside infrastructure had reached an advanced stage.

The significant milestone of the completion of the core of the main breakwater was achieved on Thursday, April 29, 2021.

Ruogang said the construction would be completed as scheduled with a targeted commercial operation expected in the last quarter of 2022.

He said the container terminal operator – Lekki Freeport Terminal, a subsidiary of CGM/CMA, is ready to commence operations once the construction is completed.

“We would like to appreciate the Federal Ministry of Transportation, Lagos State Government and the Nigerian Ports Authority (NPA) as well as other stakeholders for the immense support towards the actualisation of the world-class seaport,” he said.

Ajani stated that it was heart-warming to note that the project was moving at a fast pace, assuring all the promoters and stakeholders that the Federal Government would play its part to ensure the smooth take-off of the port as scheduled.

Ajani noted that the progress of work since the initial visit of the ministry in November 2020, is impressive and that the Federal Government through the Federal Ministry of Transportation would work out modalities of rail connectivity to the port for easy evacuation and transfer of cargo to the different parts of the country.

She also promised to liaise with her counterpart at the Federal Ministry of Works and Housing on the issue of the road network at the corridor to prevent the issue of congestion.

Managing Director/Chief Executive Officer, NPA, Hadiza Bala Usman, said that NPA would play its part to ensure that the timeline set for the delivery is achieved, adding that efforts are being made to facilitate the deployment of all necessary infrastructure needed before commercial operations begin.

“To meet the timeline for the Port, we would deploy the control tower as well as the BTS and GDMS which are critical infrastructure needed for the take-off of the port operations. In addition, we have to begin the construction of the administrative block,” Usman said.

The Executive Secretary/Chief Executive Officer, NSC, Hassan Bello reaffirmed the significance of Lekki Port to the economic prosperity of Nigeria noting that when completed, the port would be transformational for the country, and indeed the West African maritime landscape.

Director-General, NIMASA, Bashir Jamoh stressed the importance of railway connectivity to the project.

Related Topics:FeaturedLekki deep seaport
Up Next