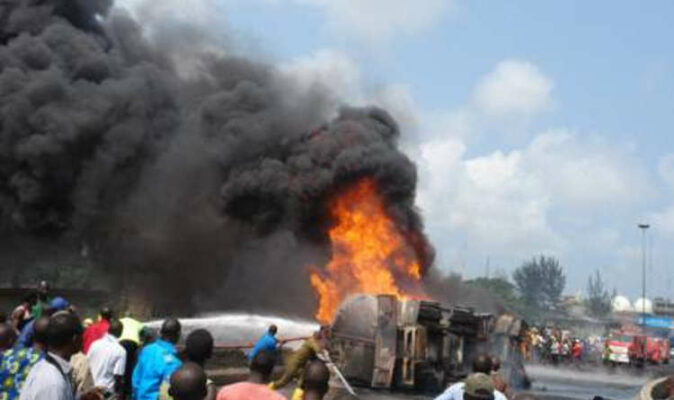 At least 64 people including firefighters have been seriously injured after a fuel tanker exploded in Kano on Saturday evening.
The tanker was said to have exploded into flames while offloading fuel at the Al-Hisan filing station located at Ali Gusau Street, Sharada area of Kano metropolis.
Among the casualties were personnel of the Kano State Fire Service who had responded to the distress call.
It was leant that many residents were also caught up in the incident.
Many of the victims were said to be onlookers who had come to see the fire fighters battle the inferno before the tanker eventually exploded.
All the 64 people injured are receiving treatment at the Murtala Mohammed Specialists’ Hospital.
The spokesman for the Kano State Fire Service, Saminu Yusuf Abdullahi, who confirmed the incident, said eight personnel of the organisation were part of the 64 victims.