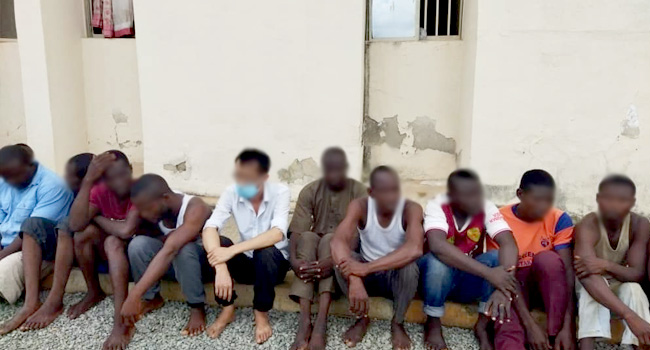 A senior railway worker, a Chinese national, his lawyer and three security personnel have been arrested for their alleged involvement in cutting and stealing rail track materials in Nasarawa State.

Special Adviser to the Nasarawa State Governor on Infrastructure, Yusuf Musa; a former Supervisory Councillor on the Education of Nasarawa Eggon Local Government Area, Mohammed Isiaka, and Samuel Shagbaor, a principal technical officer of the railway corporation covering the Agyaragu area of the state were also arrested.

The state Commissioner of Police, Bola Longe, disclosed this when he paraded the suspects alongside other suspected criminals at the police headquarters in Lafia, the state capital on Thursday.

According to him, the arrested security personnel are from the Nigeria Police and the Nigeria Security and Civil Defence Corps along with a member of the Nigerian Legion, Samuel Asoloko.

The arrested lawyer, Nathaniel Bob, was said to have been arrested for attempting to bribe the police with 600,000 to secure the release of his Chinese client.

He added that the politicians and two other persons Yusuf Ahmed and Abubakar Nuhu who are the owners of trailers used to transport the stolen railway slippers, also tried to bribe the police with N160,000 for the release of their vehicles.

Longe stated that the feat was achieved after the command developed an anti-vandalism template to checkmate activities of vandals across the state.

“Based on the information at the disposal of the Nasarawa State Police Command from multiple sources, which all indicated that criminal elements have turned the Nigerian railway tracks that traverse some major cities and villages in Nasarawa State en route to Benue State to goldmine where they vandalise and cart away rail tracks/slippers.

“Consequently, the state police command developed a strategic anti-vandalism template to arrest the tide of this unwholesome scenario.

“It is gratifying to note, however, that, this template paid off on 16/5/2021 at about 0130hrs and 24/5/2021 at about 0300hrs respectively when police operatives swooped on the vandals at their theatre of operation while vandalising and carting away railway tracks/slippers along Agyaragu Tofa in Lafia LGA and Angwan Alago of Kadarko district in Keana LGA.”

The police boss added that the Chinese national, Marra Thai, managing a steel company in Tungan Maje of Abuja in disguise was the criminal receiver through his procurement officer Jacob Terlumun.

“Preliminary investigation into these cases so far has revealed that it is a grand conspiracy involving high net worth individuals who act as sponsors and drivers of various syndicates which specialise in vandalising Nigerian railway track/slippers in different parts of Nasarawa State notably: Gudi-Lafia-Akeleku-Makurdi railway line.

“This is a classic case of sabotage being perpetrated by unpatriotic Nigerians including some personnel of security agencies who are employed by the state to protect lives and property.

“This criminal circus is sustained and kept alive by companies who process steel/iron scraps and mostly owned by foreign nationals who make wrongful gains at the expense of the national interest.”

Related Topics:FeaturedNRCrail vandals
Up Next 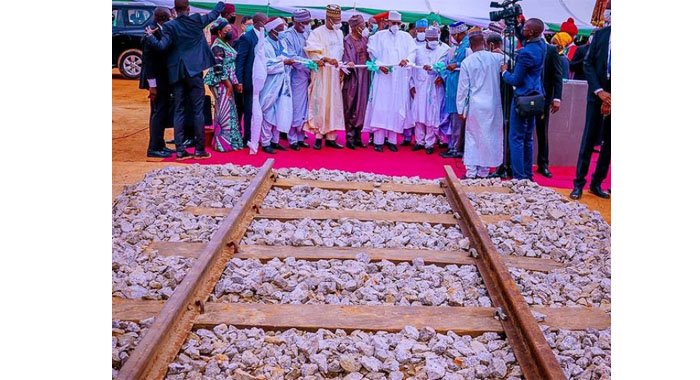 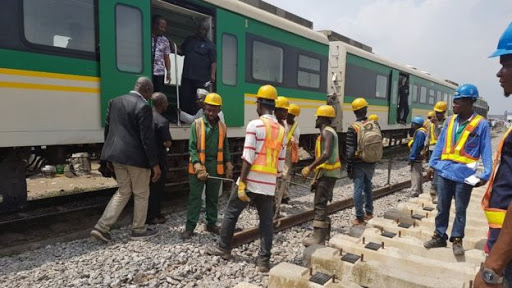