The Federal Government will commence the construction of Kano-Kaduna rail line in July, Minister of Transportation, Rotimi Amaechi, has said.

According to him, the new standard gauge rail will be linked with the already running Abuja-Kaduna rail line and eventually connect a new line coming from Lagos-Ibadan being constructed by the China Civil Engineering Construction Corporation.

The minister said this when he led a delegation of Nigerian Shippers’ Council and Nigeriam Railway Corporation on a courtesy visit to the Kano State Governor, Abdullahi Ganduje, in Kano.

Amaechi said the rail line and the Inland Dry Port would boost business activities of the state and encourage import and export activities.

He said, “We are here because we want to see how far you have gone with the Dala Inland Dry Port because between now and July, we would start work on the Kano-Kaduna part of the rail.

“We will link the Kano rail to Kaduna and link Ibadan to Abuja, then we would address the problem of cargoes.

“We have to learn how to manage cargoes that come to Kano, like you know, we are also linking Kano-Maradi, so Kano will be the hub for the railway sector with a major station in Kano, it will be able to control the volume of human traffic in Kano.”

He also said, “Kano is important to Nigeria; Kano is also important to the railway sector and we are trying to see how to bring Maritime into Kano. It is important to note that the Nigerian Shippers’ Council North-West Zonal Office is located at Kano because of the economic importance.

“We believe that the government has the capacity to protect those projects and respond to the needs of the users.”

Kano State Governor, Ganduje, said said the dry port and the rail line would boost the economy of the state, adding that the volume of import and export in the state was high because of the population of the state.

Ganduje said, “With the international airport in Kano and the businesses happening with other neighbouring countries, the dry port and the rail line will boost the economy of the state.”

Related Topics:AmaechiFeaturedKano-Kaduna rail line
Up Next 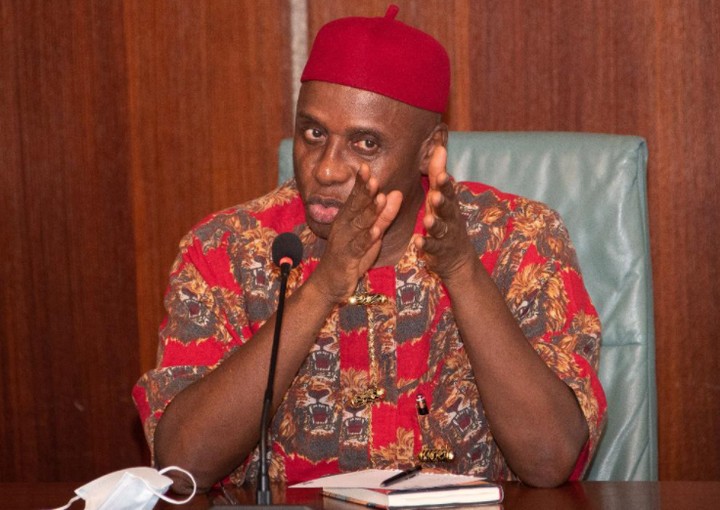 The Federal Government is in search of alternative funding mechanism to modernise the rail system, Minister of Transportation, Rotimi Amaechi, has said.

He said this on Friday during the 2021 Annual Public Lecture titled ‘Nigeria’s National Rail Transport Project’ and organised by Department of Economics, Faculty of Social Science, University of Lagos, Akoka.

He said the Federal Government had recovered most of the failed locations on the narrow gauge corridor and taking precautions using the Environment Impact Assessment report on the standard gauge corridor.

He said all the new railway projects were embedded with rich technology transfer clauses.

The minister said that establishment of rail projects was to reduce cost of transportation and boost the nation’s economy.

He said all the regions in the country would have been connected with rail but for lack of sustainable funding plan, environmental issues, degenerated infrastructure, theft of railway materials and obsolete legal framework.

According to him, the railway project is affected by decline of requisite railway professionals, indiscriminate disposal of refuse on the railway right of way by citizens, among others.

Amaechi appealed to community leaders and civil society organisations to join in the fight against vandalisation of railway infrastructure across the country.

Vice Chancellor of the UNILAG, Prof. Oluwatoyin Ogundipe, in his welcome address, said efficient transportation would provide access to business and competitiveness in the region.

Ogundipe, represented by Prof. Oluwole Familoni, Deputy Vice Chancellor (Academic), said, “When transport systems are efficient, they provide economic and social opportunities and benefits that result in positive multiplier effects such as better accessibility to market, employment, and additional investment.

“Availability of railway also plays an important role in reducing regional disparities and improving the competitiveness of region, by facilitating, trade movement of labour, and economies of scale.

“In vast country like ours, where the population are not only scattered all over the country but are also separated by desert, forest, valley and mountains efficient, reliable and cheep means of transportation like modern railway network are essential.”

The Dean, Faculty of Social Science, Prof. Olufunmilayo Bammeke, said that the ongoing modernisation of railway system would not only revitalise the mode of transportation but also invariably impact economic development in Nigeria.

“Although skepticism was high as President Buhari opened Nigeria’s first standard gauge railway modernisation project in 2016, now it has become clear that the government is committed not just to the revitalisation of the rail but to maintaining high international standards.

“From Abuja to Kaduna, Lagos to Ibadan and Warri to Itakpe, it has been stories of excitement, success and of course, challenges.

“There are more to come from what we have heard from the media, Kaduna to Kano, Ibadan to Kano, Lagos to Calabar.” 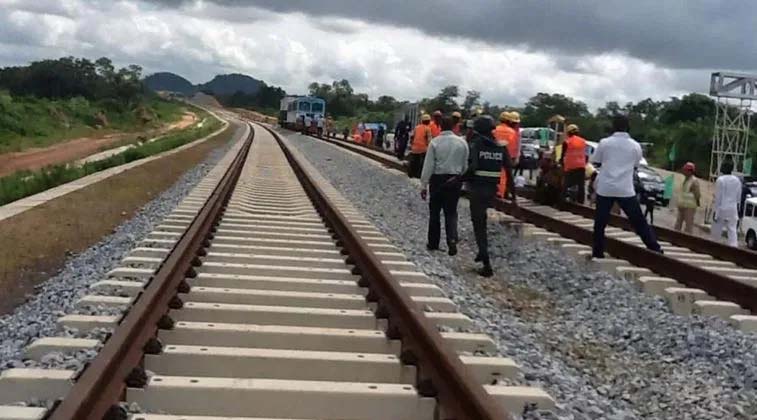 The Lagos State Government says it would on October 1 commence a three-month diversion of traffic from Yaba for the first phase of the construction of its red line (railway project).

The state Commissioner for Transportation, Dr Frederic Oladeinde, said the diversion would start at midnight of Friday, 1 October 2021 and end on January 1, 2022.

“In the same vein, motorists on Herbert Macaulay can also use Empire Road to connect Western Avenue to reach their desired destinations.

“We assured that the site will be cordoned off for the safety of the citizenry, while emergency vehicles will be on ground to tow broken down vehicles along the axis.”

According to the commissioner, the three-month long project was to ensure that the project is completed in record time as promised by the Babajide Sanwo-Olu administration.

He stated that visible signs would be placed on the access roads with officials of the Lagos State Traffic Management Authority around to ensure traffic flow and minimise inconveniences.

He stressed the state government’s continuous commitment to the development of transport infrastructure within the metropolis.

Oladeinde maintained that the development was vital for the multi-modal transportation system of the state government for improved economy of the citizens. 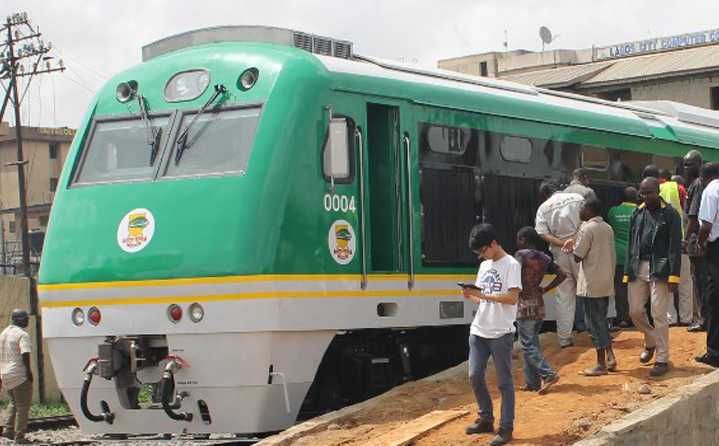