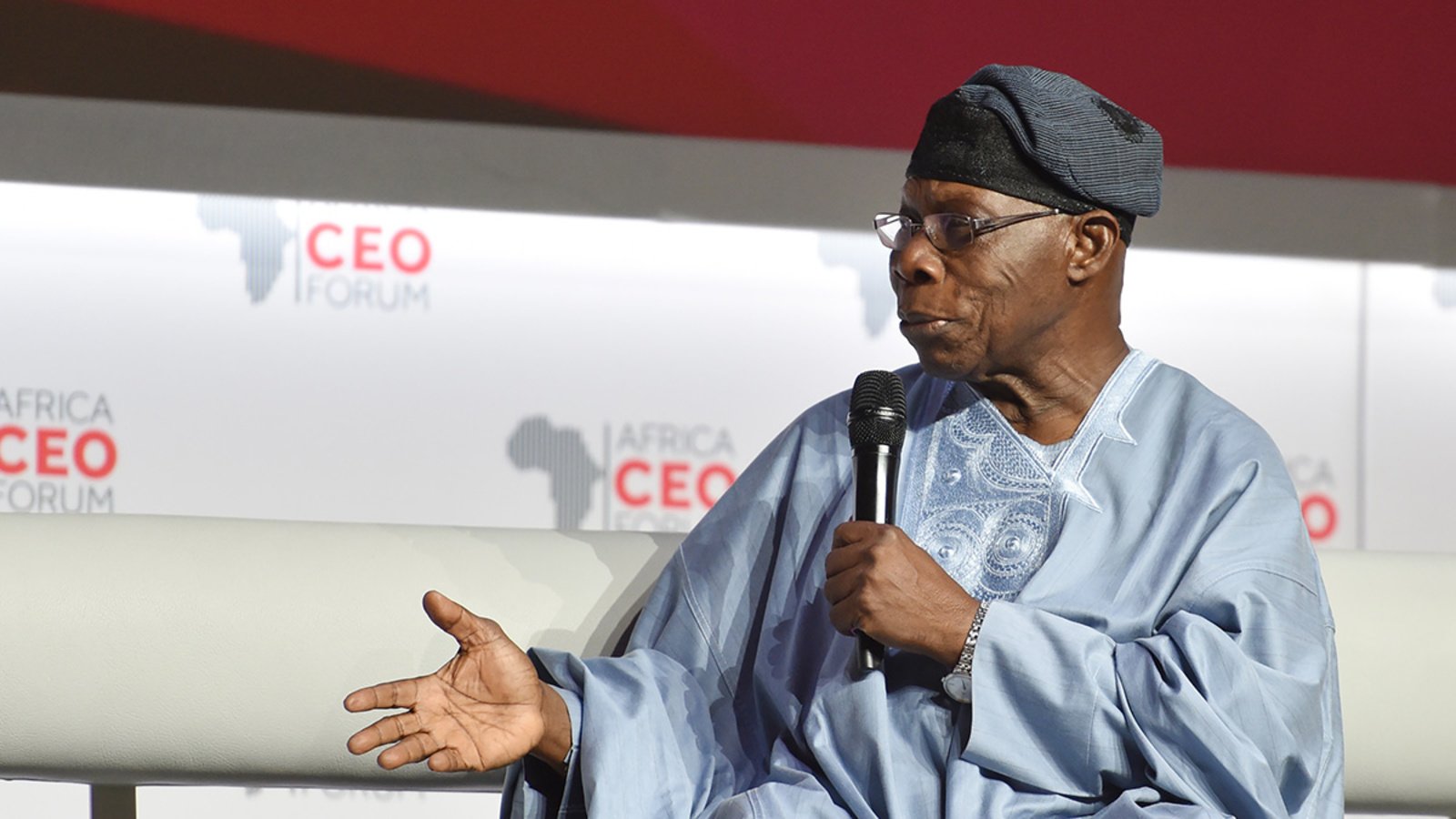 Former President Olusegun Obasanjo has lamented that Nigeria is currently dripping bitterness and sadness, preventing it from achieving greatness.

He therefore urged all Nigerians to come together towards changing the nation’s current misfortune.

The former President said this in his remarks at the unveiling of a book titled: “The Man, The General and The President”, authored by Femmy Carrena at the Olusegun Obasanjo Presidential Library (OOPL) in Abeokuta, Ogun State capital.

The former President said, “God has created Nigeria to be a land flowing with milk and honey, but due to leadership failure, the country is wallowing in crises and problems.”

He said that Nigeria had been destined to lead the black race, but the “failure of leadership” had prevented it from taking its rightful place in the comity of developed nations.

He said, “My prayer is that all of us particularly in this country and now is that we will have something to contribute to make this country to the making of what God has created it to be; a land flowing with milk and honey.

“Right now, it is a land flowing with bitterness and sadness. That is not what God wants this country to be. We must change the narrative. We must talk to ourselves in a civilized language.

“There is no where you go in this country that you will not see a genius in any section of the country.

“So, for what reason should we look down on ourselves or others except we are not human beings.

Obasanjo also said, “Education must be one of the main pillars of getting Nigeria to where it should be and the over 14 million Nigerian children that are now out of school, we must a find a way of getting them into school. Otherwise, we are preparing the Boko Haran of tomorrow and there is nothing that will prevent that.

“If we don’t do it now, then, we lose the opportunity and the consequences in the future will be. Some of us might have gone, but those who will be around will bear the brunt of the problem.

“My own belief is that God has created races in the world and at one time or the other, He has decided that every race will be led by a particular nation in the world.

“I believe that God has created Nigeria to lead the black race. That we are not doing is not because God has not given us all that we need to do it. It is because we have failed in leadership to do it and that have to be corrected. That is the fault of all of us.”

The former President expressed worry that Nigerians usually performed “fantastically well” outside the shores of the country, but seemed to be underperforming when in Nigeria.

He said, “We have great Nigerians. Why do Nigerians bloom outside Nigeria? As at today, we have five Nigerians directly running international organisations and running them very well and one or two at the number two level.

“We have Akinwunmi Adesina running the African Development Bank (AfDB); we have Benedict Oramah running the Afrexim Bank; we have Mohammed Barkindo running OPEC; we have my sister, Ngozi Okonjo-Iweala, running the WTO and we have Amina Mohammed who I think celebrated her 60th birthday yesterday or day before yesterday, who is number two in the United Nations (UN). These are things that should give hope and encouragement for the future.

“The point is that, if these people are here in Nigeria, if you hear of them at all, we would have shackled them and make it impossible for them to perform as they are performing outside.

“And each of these people that I have mentioned, they are doing fantastically well. We have even at the AU, Ambassador Bankole Adeoye who had just taken over as the Commissioner for Political Affairs & Peace and Security of the AU.”

The book was reviewed by Emeritus Prof. Michael Abiola Omolewa, a former Chairperson of UNESCO and the review was read at the event by Ndidi Amaka-Okafor.

It was facilitated by Dr Taiwo Olayinka Afolabi, the Vice Chairman/CEO SIFAX Group Limited and was donated to the Olusegun Obasanjo Presidential Library (OOPL) and all federal tertiary institutions nationwide.

DHQ: No general has been retired over Yahaya’s appointment as army chief