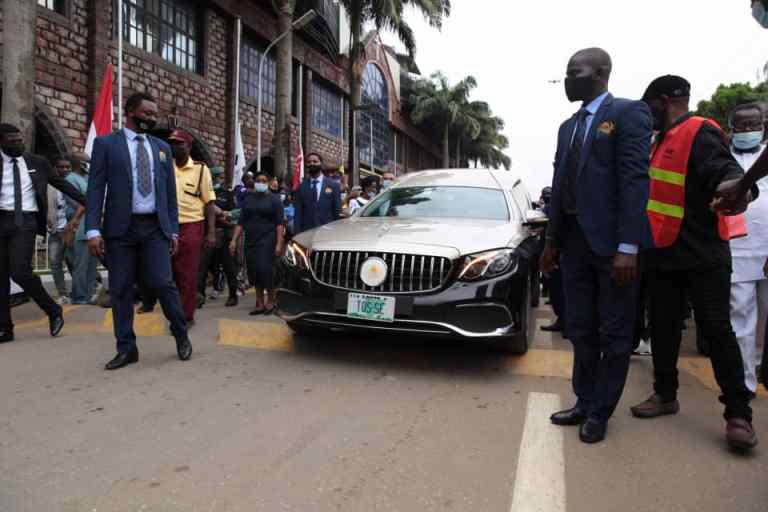 The body of founder of the Synagogue Church of All Nation, Prophet Temitope Balogun Joshua, has arrived at the church for lying-in-state service.

His casket was received at the church on Thursday after the first lap of the service was held at the Prayer Mountain in Agodo-Egbe.

The casket in a motorcade arrived at the headquarters in Ikotun-Egbe where the final lap of the lying-in-state service will hold till 5pm. Related Topics:lying-in-stateTB Joshua
Up Next