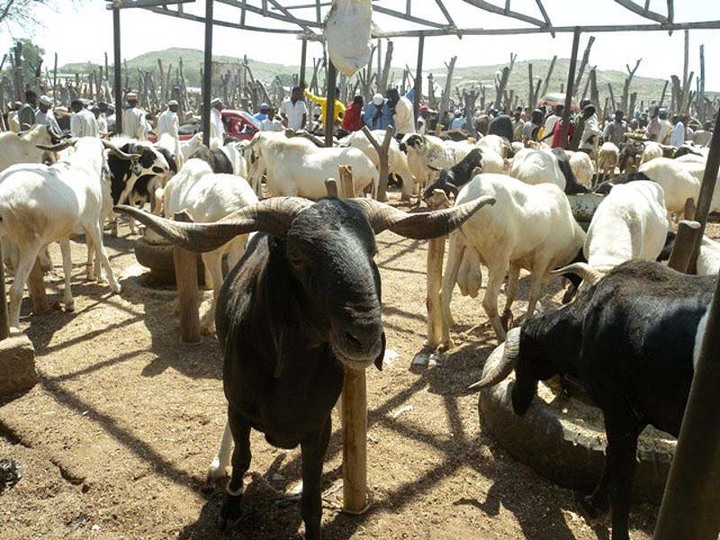 Less than two weeks to this year’s Eid-el-Kabir marked with the slaughtering of animals, the prices of rams have hit the rooftop.
There are indications that many may celebrate the Sallah without the traditional slaughtering of animals due to the high cost.
A survey of some of the ram markets in Lagos, Abuja and other parts of the country shows that the prices of rams, goats and cows have risen by about 100 per cent compared to what their prices last year.
The rise in prices has been attributed to scarcity of the animals due to high level of insecurity affecting the areas where they are reared as well as the displacement of those involved in the business.
A report by Daily Trust Saturday indicated that rams bought between N85,000-N90,000 last year now go for between N150,000 and 250,000, while those bought at N200,000 are now selling for between N350,000 and N400,000.
The current inflation in the country has also contributed to the hike in prices of the animals as well as other food items and commodities.
For instance, at Maigatari International Market, a border area in Jigawa State, dealers and buyers of rams are lamenting the astronomical increase.
They expressed fears that many worshippers won’t be able to afford rams to celebrate the festival.
A ram dealer from Lagos, Alhaji Lukman Babalola, said, “The price of ram this year is much higher, compared to the last year’s. I have been in this business for a long time now and this year appears to be different. They are telling us that it is because of the high cost of living, which has also affected the cost of feeding the animals, coupled with the fall in the value of the naira.
“A ram that we bought for between N85,000-N90,000 last year is now going for between N150,000-250,000 now, while the ones we were buying for N250,000 are going for between N350-N400,000 this year.”
Another dealer, Malam Sabi’u Yusuf, said, “The prices are high, compared to last year’s. This is as a result of the high cost of living and how we bought the rams from the Niger Republic.”
He added, “Now, we sell a ram for between N120,000 and N150,000. We even sell some rams between N500,000-N520,000.”
A member of Ram Dealers’ Association, Maigatari branch, Alhaji Mai Ungwa Adu’a, attributed the high price to the drop in the value of the naira, compared to the CFP of Niger Republic.
“Now, 200 CFP equals N1,000 if you change naira and bring goods from the Niger Republic. That is why there is an astronomical rise in prices.”
A ram seller at Old Abattoir, Garki, Abuja, Usman Yahuza, attributed the scarcity to the insecurity challenge in the North. According to him, some communities where dealers buy rams from have been under siege by the activities of bandits and kidnappers.
“I usually travel to Mai Aduwa Village in Katsina State to buy rams in large quantities. I hire vehicles to convey them to Abuja. But kidnappers and bandits attacked the community and displaced the people. This has led to scarcity and high cost of rams,” he said.
He also said, “Drivers charge between N1,500 and N2,000 per ram. A big ram which sold for N120,000 last year now sells between N200,000 and N250,000, while a medium-size ram which used to be N60,000 and N75,000 now goes for between M100,000 and 120,000.”
He said medium-size goats which sold for between N20,000 and N25,000 last year now sells for N30,000 and N40,000.
At Anagada Livestock Market located along Gwagwalada-Zuba -Abuja-Lokoja highway, only a few rams, goats and cows were on the ground.
A ram seller, Abdullahi Umar, attributed the scarcity to insecurity from the areas where rams were conveyed to the market.
“In fact, most of the rams and goats that you see here are usually brought from Maigatari in Jigawa State and Ilela in Sokoto State. But because of the security challenge in the areas, some truck drivers are scared to go to the villages to convey rams and goat,” he said.
He added, “Even if a driver agrees to go, he will charge a high fare due to the risk. This contributes to the scarcity and high cost of ram and goats in the market.”

No tax holiday for Flour Mills, nine others, says FG