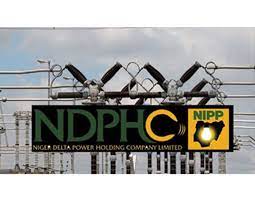 Chiedu Ugbo, managing director of Niger Delta Power Holding Company (NDPHC), says there is no gas to run the power plants across the country.

Last week, the lawmakers asked the federal government to suspend the planned sale of the NDPHC assets.

The lower legislative chamber also mandated its committees on power and privatisation and commercialisation to investigate the matter.

Speaking at the public hearing on Wednesday, Ugbo said efforts to procure gas to run the plants have yielded little result.

“We have been to many places to look for gas, even in Geregu, we don’t have a single molecule of gas. Papalanto, the same thing. There’s no gas anywhere to run these plants which is a huge constraint”, he said.

“The NDPHC has 10 power plants with the generation capacity of over 5000 megawatts. In addition to power generation, the National Infrastructure Protection Plan (NIPP) also intervenes in transmission projects, of which we have 41 of them.

“We added 6460MVA and 2686 kilometres of high tension kV lines for the Transmission Company of Nigeria.

TCN is using these assets now but the legal transfer is yet to be done to get the TCN to pay for them.

“All states of the federation are beneficiaries of our distribution intervention. 374 distribution projects such as injection substations, over 4000 11kva lines which once finished will be transferred to the distribution companies for use following the legal transfer is completed.

“We have deployed 20,000 units of solar home systems to homes in communities that hitherto never knew what electricity looked like”.

Ugbo said the NDPHC board will meet Vice-President Yemi Osinbajo on July 29, to discuss the sale of assets.

However, the Coalition of Northern Group (CNG) kicked against the planned privatisation of the NDPHC.

Balarabe Rufai, who spoke on the groups behalf, said the move to sell the assets will cripple the economic fortune of the north.

“The CNG does not wish to remain silent or passive and allow things that affect the North and potentially cause greater economic instability in the country to continue unchecked,” he said.

“Having studied the situation carefully, we consider that the current privatisation move is part of the several schemes to cripple the North economically by shortchanging it in the NDPHC project in which it is a major stakeholder.

“We demand immediate and unconditional discontinuation of this or any subsequent move to privatize the said assets and immediate and complete reversal and observance of the initial agreement to revolve the power generation projects to the North.

Rufai said the coalition will challenge the planned sale of the assets in court, if the federal government does not “involve the region in the discourse to determine, in the context of the applicable policy, legal and regulatory framework”.

The committees ruled that the Central Bank of Nigeria (CBN), ministry of finance, Bureau of Public Enterprise among other agencies, appear before it to explain their involvement in the planned privatisation.