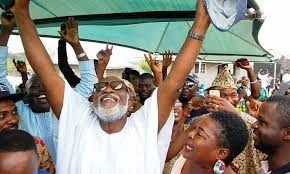 Related Topics:AkeredoluJegedeOndoSupreme Court
Up Next

The All Progressives Congress has announced the postponement of its nationwide state congresses slated for October 2nd by two weeks.

It said the party’s state congress would now hold on Saturday, October 16 nationwide.

The APC did not give any reason for the postponement.

The decision to this effect was contained in a terse statement by the Caretaker/Extra-Ordinary Convention Planning Committee (CECPC) Secretary, Senator John James Akpanuduoedehe in Abuja Wednesday night.

He said an updated timetable/schedule of activities and guidelines for the conduct of the state congress would be released to the public in due course. 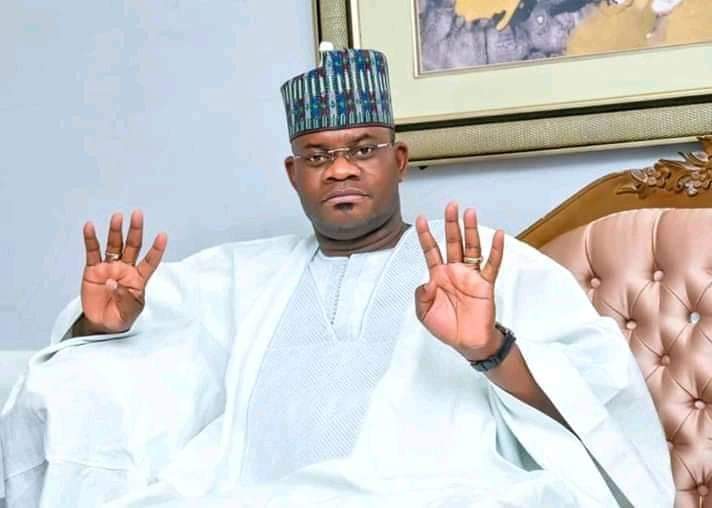 Governor Yahaya Bello of Kogi State has said rotational presidency is not in the constitution of the ruling All Progressives Congress (APC).

The governor, who spoke during the inauguration of a presidential campaign movement for him by some northern youth in Kaduna, said Nigerian youths will decide his fate in the presidential race.

Daily Trust reports the inauguration of the Movement called Yahaya Bello Network Group (YBN), held barely 72 hours after the Northern Elders Forum (NEF) declared that the region may retain power beyond 2023, as it has the population to win the next presidential election.

Bello, who was represented at the event by his Special Adviser on Youth and Student Affairs, Ahmed Jubril, said it is a good development that Nigerian youths are now coming on board to identify with a youth like them for the exalted position of Nigerian President.

According to him, “Governor Yahaya Bello is doing the right thing because in other countries we have seen where the youths have taken over. It is only a plus for us as youths to be calling on Governor Bello to come and be the number one person in Nigeria.”

On the agitation for return of Presidency to the South, Governor Bello said, “The agitation is part of democracy, everybody has the right to call for what they want and it is their opinion. But we know that as a party, in the APC, we don’t have any fixed law saying anybody is entitled to power in any area for a period of time. Let the youth of Nigeria decide who they want.

“If they have seen the youth in Governor Bello, if they have seen a leader and a unifier of the country in him, then he shall be President by the grace of God, because man proposes, but God has the final say.

“When elected President of Nigeria, Governor Bello will be doing a lot differently, because he has been doing that. The nation is just getting back from Coronavirus and economic recession and you can see Kogi was rated fastest growing economy in Nigeria within that period of time.

“This means Governor Bello is a man who sees beyond ordinary and taken advantage of circumstances. I believe this is the kind of person we want in Nigeria now, someone with passion for the country someone who is a unifier and has fought against insecurity. We need a leader with commitment to protecting lives and properties of Nigerians,” he said.

Inaugurating the 19 Northern states, executives and ambassadors of the movement, the Arewa youths said the call by the Southern Governors for power to return to their region is unconstitutional.

Spokesman of the Network, Bello Mohammed Bello said, gone are the days when Nigerians should be talking of politics of region, religion and ethnicity.

“We are supporting Governor not only because he is our own in the North, but because he is young, vibrant, energetic and has what it takes to lead Nigeria to the promise land.

“There are agitations everywhere, but it is not constitutional and politics is a game of number and Yahyah Bello is a man of quality. Nigeria’s presidency is something that has to do with quality and has nothing to do with your religion or background. For this reason, we also believe there are so many people from the South in support of Governor Bello,” he said.

Special Adviser to the Lagos State Governor on Drainage and Water Resources, Joe Igbokwe, has again criticised the All Progressives Congress, for accepting Femi Fani-Kayode into the party.

He vent his displeasure through a Facebook post on Wednesday, stating, “APC deliberately inflicted maximum shame and pains on diehard APC heroes and foot soldiers across Nigeria by admitting the political prostitute and apostate, Femi Fani-Kayode into the fold.”

Governor Babajide Sanwo-Olu’s special adviser has not hidden nor been silent about his disaffection concerning the latest defection by Fani-Kayode who was personally welcomed into the APC by President Muhammadu Buhari in the Presidential Villa, Abuja, last week.

On the day Fani-Kayode defected, Igbokwe wrote on Facebook: “Despite all my push for APC Abuja has not given me a phone call talkless of inviting me for a coffee with C in C, but here is a political charlatan and prostitute being given a red carpet in the seat of power, Abuja.”

He added: “Please I am ok where I am today but I know countless APC die hards who are 100% better than FFK. Nobody has remembered them. Not even a recharge card, not even a bottle of coke, not even thank you.”

Fani-Kayode on his part has said that he is proud of himself. He added that he does not care what anyone thinks about his latest defection.