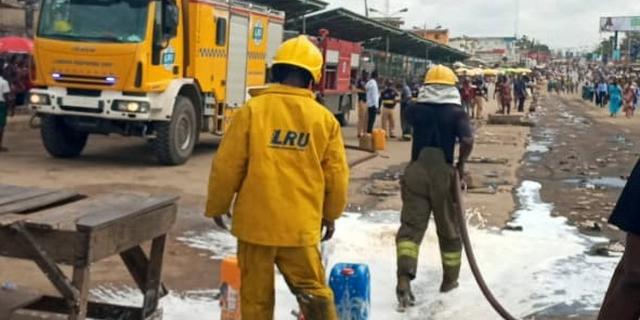 The Lagos State Emergency Management Agency (LASEMA) says it has commenced investigation to ascertain the cause of the pipeline leaks in the Ikotun area of Lagos metropolis.

The agency’s Director General, Dr Olufemi Oke-Osanyintolu, made this known to journalists during an on-the-spot assessment of the leakage which occurred at Omoboriowo Street, Ikotun.

He said that the Ministry of The Environment, the Physical Planning Department and the Alimosho Local Government Council would all be involved in the investigation and analysis.

“We will look at it holistically and come out with a permanent solution. I assure you we are going to work on this judiciously.

“We are here to do vulnerability analysis and comprehensive risk assessment. Our mission is to safeguard lives and property,” he said.

He assured the people of Lagos State to always “remain cool and calm”.

“Whenever there are emergencies or life threatening issues, you can call us on 112 or 767 and I assure you we will be right there promptly and effectively.

“When this incident occurred, there was a voluminous injection of petroleum product that spread everywhere.

Amaechi: Anyone stealing under Buhari is doing so quietly