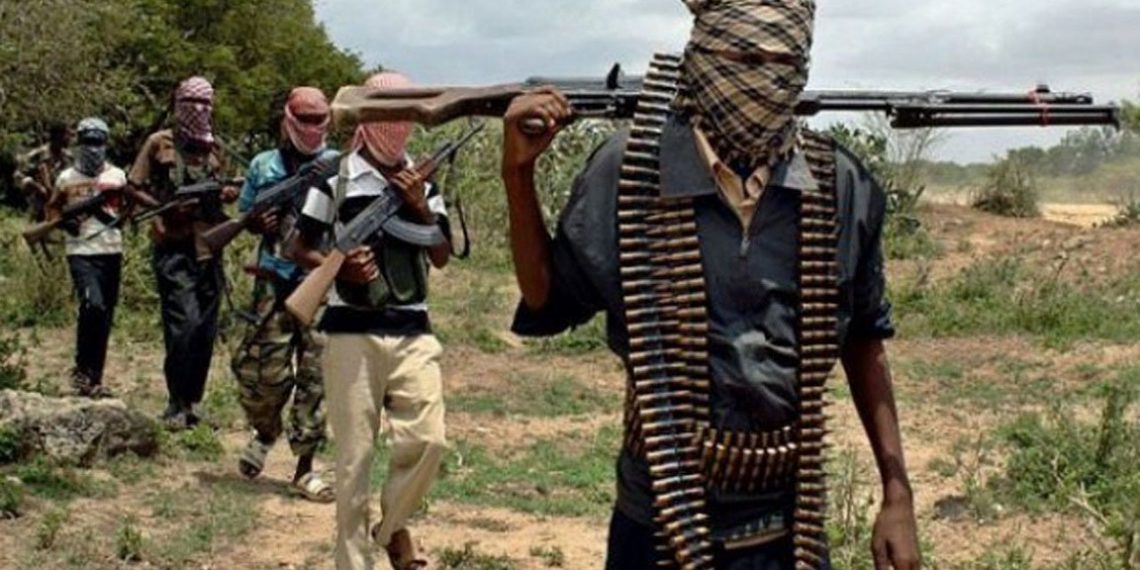 Four bus passengers were abducted by gunmen on Monday along Ayetoro-Otun Ekiti Road in Ekiti State, sources have reported.
The victims were reportedly taken into the bush by their armed abductors.
Daily Sun has learned that the incident involved two buses conveying passengers from Otun Ekiti, with the assailants succeeding in holding four people, with others escaping.
A source revealed to reporters on Monday that one of those who escaped told him that the gunmen took away four passengers from the two buses.
Another source, who got wind of the information when some hunters resident in the axis were being informed for proper action, said: ‘The hunters were called that some kidnappers were operating along Ayetoro-Otun Ekiti Road.
‘But before they got there, the gunmen had piloted two buses into the bush. At that point, we cannot say the number of people taken into the forest, but the buses were there.
‘I advised the hunters and the security agents who arrived at the scene later that the kidnappers would have gone towards the Otun end and that they would not have gone far that time.
‘Definitely, they were the ones who operated along Ayetoro-Ewu Road on Sunday evening. The Sunday operation was not successful and that was why they waited around to carry out this one,’ the source said.
The kidnappers, reportedly upon realising that they had missed their prime target on Sunday evening, started attacking commercial motorcyclists by shooting sporadically into the air to scare people.
‘An Okada rider was stopped at gunpoint and they took all his valuables, while another okada operator escaped into the bush. The kidnappers fled when they noticed the other okada rider had escaped,’ the source said.
Confirming the abduction, the Police Public Relations Officer, Ekiti Command, Sunday Abutu, said: ‘We heard the information and we have deployed our personnel there.
‘There was a kidnapping incident this morning. It began on Sunday evening when some suspected robbers attacked a man who the police thereafter rescued. But this morning, we learnt that the suspects were the ones who abducted some road users. The police are on their trail,’ he added.
From Priscilla Ediare, Sun Online 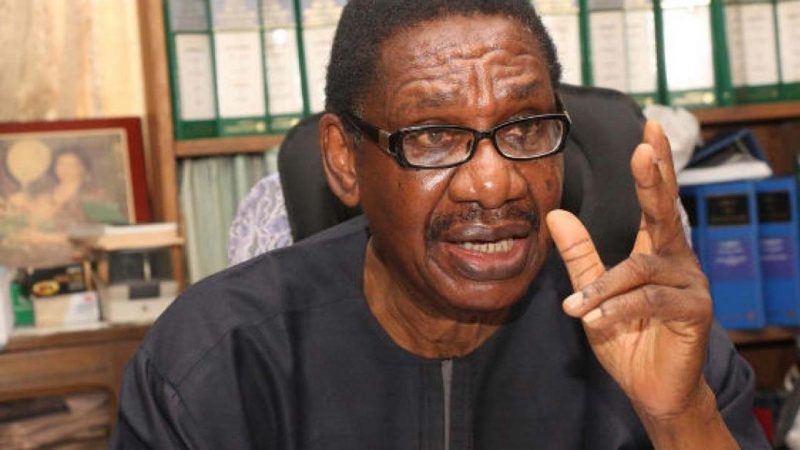 The Presidential Advisory Committee Against Corruption (PACAC) yesterday put the total amount of stolen assets recovered by the President Muhammadu Buhari’s administration since 2015 at over N1trn.

Briefing journalists in Lagos yesterday, the Chairman of PACAC, Prof. Itse Sagay, who reeled out the achievements of the committee said the federal government had been deploying some part of the recovered funds towards financing the annual budget, especially its social intervention scheme.

Sagay, who said the fight against corruption in the country had come a long way, describing it as both sweet and sour, stressed that a lot of work still needed to be done to rid Nigeria of corruption.

He also said PACAC has continued to carry out capacity building initiatives for the various anti-corruption agencies as well as Ministries, Departments and Agencies (MDAs).

“This has resulted in these stakeholders having an improved understanding of their individual roles in the criminal justice system, both in its substantive and procedural aspects. The impact of this effort is reflected in increased number of cases filed and concluded and the improvement in the rate of conviction of looters.

“Total recoveries are hovering around the N1 trillion mark, and even more remarkably these recoveries have been recycled into the budget to uplift the oppressed and most vulnerable victims of corruption, namely, the young unemployed youths, young school children, who can now enjoy one free nutritional meal a day at school, extremely poor families who now receive the conditional cash transfer of N5,000 a month and women, youths, farmers, etc, who now receive interest free loans to capitalise their small scale businesses.

“So the recovered loot is pumped back into the lives of the most vulnerable Nigerians, in order to transform them into proud productive Nigerians, who will end up as employers themselves, contributing to the development of Nigeria,” he added.

According further, he said another contribution of PACAC in the war against corruption was the Committee’s concentration on illicit financial flows (IFF).

He claimed that very little was known about IFF in the country before PACAC brought it into centre stage nationally and internationally.

“Now, we know that this silent, quietly stalking source of financial bleeding, could even be worse in terms of volume of loss, than the typical looting we are all used to. Over invoicing of external expenses, under reporting of resources obtained from the developing countries, tax evasion, under declaration of profits, out sourcing of what could be done within the victim country, etc, all constitute IFFs,” he added.

The PACAC chairman disclosed that the massive losses underdeveloped countries like Nigeria were experiencing as a result of IFFs were recently documented and published by the Global Financial Integrity.

“Therefore, the importance of concentrating our minds on IFFs, as PACAC did for two consecutive years, through major international conferences and other strategic engagements, cannot be over stated.

“I have concentrated on only a few items of PACAC’s work, but the varied and extensive level of its work has been remarkable. We have organised Workshops for the Management and Protection of Assets, and an Asset Tracing Team/Central Asset Management Committee, was established in the first term of this Government with membership drawn from the Anti-Corruption Agencies, the Security Agencies, our Committee (PACAC) and from the highest echelons of Government.

“We have also produced manuals and protocols to assist the ACAs (Anti-Corruption Agencies) in their work. These include one on Effective Prosecution, entitled Corruption Case Management Manual, a Plea-Bargaining Manual, and Sentencing Guidelines for High Profile Cases, and A Frame Work for the Management of Recovered Assets, etc,” he added.

Sagay said the committee believes that productivity would be greatly enhanced and corruption greatly curbed if parents arouse themselves to inculcate the needed core values in the children; if schools at all levels become centres of character moulding and manpower development and religious values are deployed by Pastors and Imams in both theory and practice to re-mould the character and orientation of Nigerians.

He also advised the federal government, labour unions, civil society organisations and main stream civil servants to work together to reform the civil service to make it productive rather than a drain on the nation. 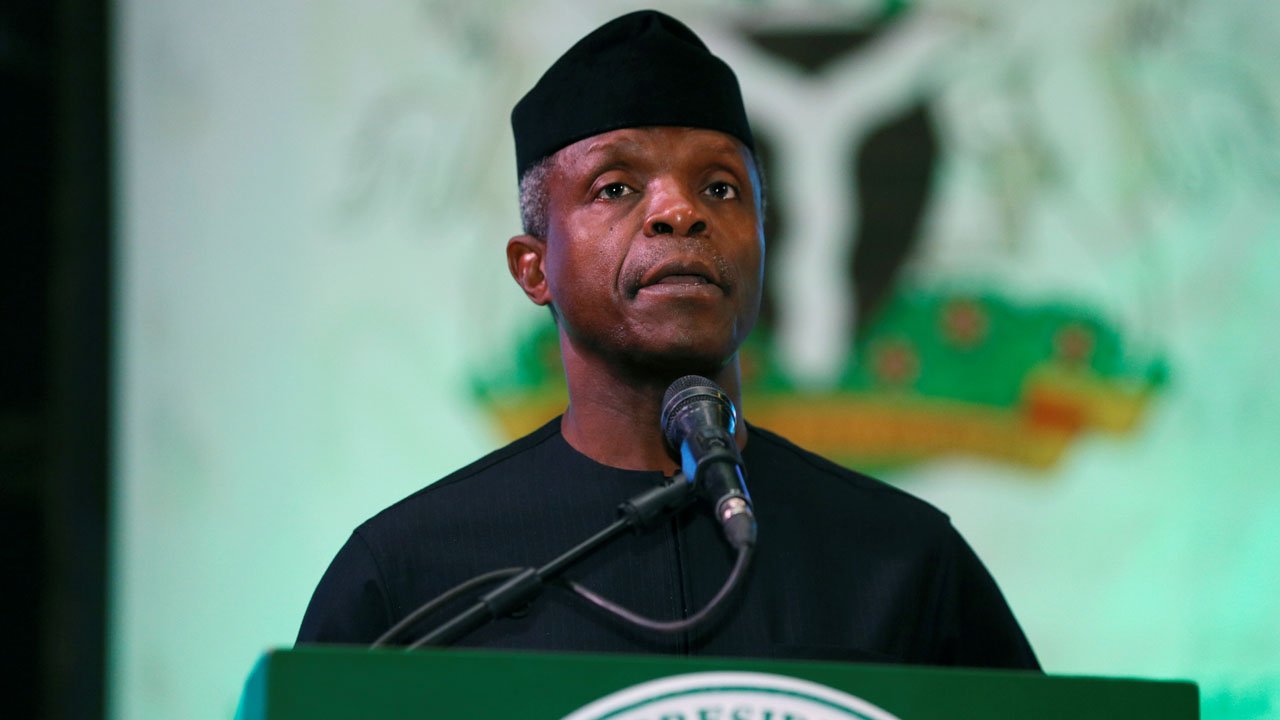 The use of liquefied petroleum gas (LPG) as a transition fuel is the viable option for Nigeria to address climate change and energy poverty, Vice-President Yemi Osinbajo has said.

Laolu Akande, the VP’s spokesperson, said this in a statement on Tuesday.

According to Laolu, Osinbajo made the declaration while delivering his keynote address in Dubai, United Arab Emirates, at the week-long World Liquified Petroleum Gas Association (WLPGA) forum themed ‘Energizing Tomorrow.’

Osinbajo said LPG and natural gas are sustainable energy fuels that could address both climate change and energy poverty simultaneously.

“The world should not have to choose between energy poverty and climate change as this can be addressed with both natural gas and Liquified Petroleum Gas as transition fuels alongside other renewable sources,” the VP reportedly said..

This, according to the vice-president, resulted from increasing pressures to address climate concerns in the world without reviewing the economic importance of such investments to developing countries.

“Such policies often do not distinguish between different kinds of fossil fuels, nor do they consider the vital role some of these fuels play in powering the growth of developing economies, especially in sub-Saharan Africa,” he said.

“As development finance institutions try to balance climate concerns against the need to spur equitable development and increase energy security, the United Kingdom, the United States, and the European Union have all taken aggressive steps to limit fossil fuel investments in developing and emerging economies.

“The World Bank and other multilateral development banks are being urged by some shareholders to do the same. The African Development Bank, for instance, is increasingly unable to support large natural gas projects in the face of European shareholder pressure.”

While acknowledging that all countries should play important roles in the fight against climate change, he emphasised that ‘a global transition away from carbon-based fuels must account for the economic differences between countries and allow for multiple pathways to net-zero emissions. 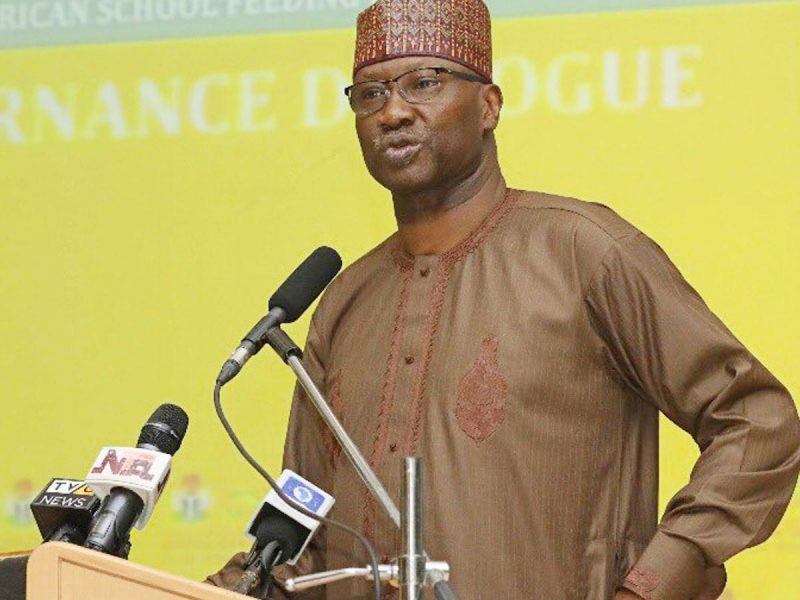