The Defence Headquarters says troops eliminated no fewer than 391 bandits and arrested about 60 including bandits’ informants and collaborators in various operations across North West and North Central in one month.

The Acting Director, Defence Media Operation, Brig.-Gen. Bernard Onyeuko, disclosed this while giving update on the military operations across the country between Sept. 2 and Sept. 30 on Thursday, in Abuja.

Under operation Hadarin Daji, Onyeuko said the troops intensified their offensive operations on bandits’ enclaves in the North West Zone leading to the killing of 240 bandits within the period

He said that the Air component conducted air bombardments on criminal enclaves in different locations in Zamfara leading to the killing of no fewer than 53 bandits, while several others escaped with varying degree of gunshot wounds.

According to him, a total of 1,304 livestock and 54 motorcycles among other items were also recovered during the period.

Onyeuko further disclosed that a total of 47 bandits, informants and bandits’ collaborators were arrested within the period.

He said the operations had drastically degraded their operational capabilities and denied them freedom of action, frustrated movement of arms, ammunition and other illegal items and at the same time built confidence among locals.

He said troops also rescued some civilians who were kidnapped at Jakko Gashish District in Barkin Ladi Local Government t of Plateau and arrested two kidnappers on Sept. 9.

“A gun runner and impostor named, Saliu Ibriahim, was arrested at Mailafiya village in Jama’a Local Government Area with a total of 14 locally fabricated rifles, 27 rounds of 9mm ammunition, 14 cartridges and 44 rounds of 7.62mm NATO ammunition among other items,” he said

He said that Azonto, who took over leadership of the late Gana’s militia gang, had been on wanted list for terrorising and imposing levies on locals in the state.

According to him, a total of 15 bandits were neutralised, while 23 AK-47 rifles with magazines as well as 66 rounds of 7.62mm special and 39mm ammunition were recovered during the period.

“Under Operation Thunder Strike/whirl Punch, troops maintained their highway and fighting patrols to dominate and provide security in major and minor roads as well as deny armed elements freedom of action.

“ Sept. 5, offensive air strikes were executed, using a force pack of Nigerian Air Force platforms, on a bandits’ camp at Kuza Hills, which led to the destruction of some of the criminals’ hideouts and logistics facilities.

“No fewer than 43 bandits were neutralised in the process.

“In same vein, over 40 bandits were neutralised at Fadaman Kanauta in Kidandan forest under Giwa Local Government Area of Kaduna State.

“This feat was achieved when the Air Component carried a 3-day intensive air offensives on bandits’ enclaves at the location between Sept.13 and Sept. 15,” he said. 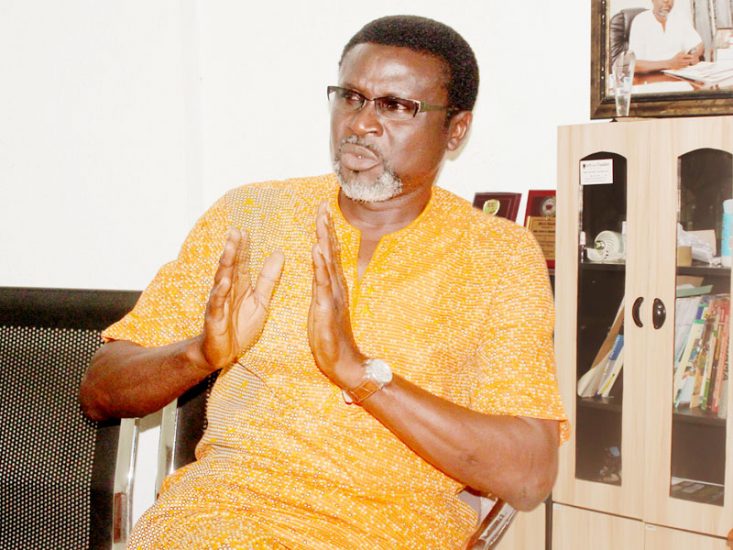 Onuesoke made remark yesterday in statement issued in Warri, in reaction to the proposed protest following the federal government’s plan to remove subsidy from petroleum products.

He said rather than protesting over fuel subsidy, the union should have vent their anger over the failure of the authority to renovate the non-functional refineries in the country.

Onuesoke, who is also the Chairman of DAS Energy Services Limited, noted that the issue of payment of fuel subsidy would be minimised or totally eradicated if the Warri, Port Harcourt and Kaduna refineries were functioning optimally.

He said government had no reasons not to revive the domestic refineries, stressing that it was only Nigeria among the OPEC member-countries that import more than 90 per cent its refined petroleum consumption.

“I expect the NLC to protest over the non-functional of the nation’s refineries and the 21 NNPC storage tank farms across the country rather than fuel subsidy removal. If the labour union can push for the repairs of the refineries and it is done, the issue of fuel subsidy will be over. I wonder why they are all turning their eyes away from the reality. What is the need of having over four non-functional refineries that is gulping billion of Naira annually,” he asked.

Onuesoke maintained that the removal of fuel subsidy without making strategic plans or giving particular attention to the domestic refining would inflict more hardship on the people.

“Before the removal of the fuel subsidy, it will indeed be a very good idea for Nigeria to go all out to resuscitate its four comatose refineries and embark on building new others in order to mitigate the consequences of the withdrawal,” he said.

We were saints compared to today’s level of corruption — IBB 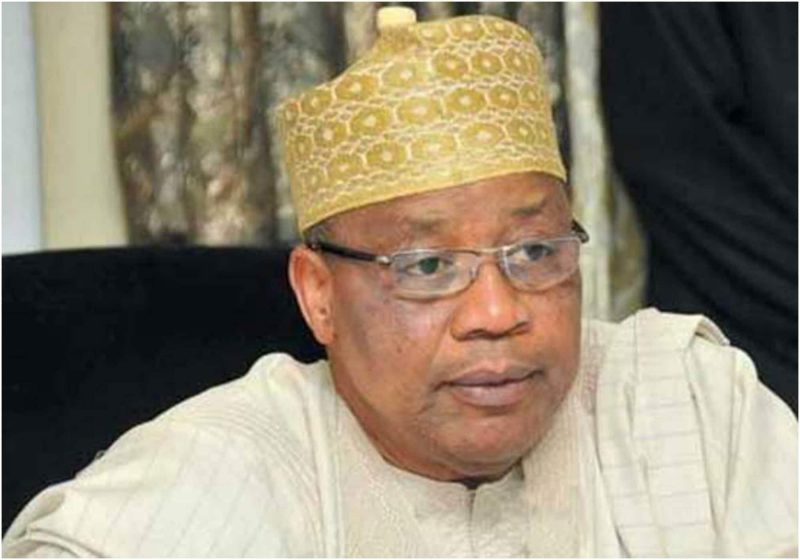 Former Military President, General Ibrahim Badamasi Babangida, IBB, (rtd) has said that compared to the current level of corruption in Nigeria, they were saints during his military regime.

Babangida spoke in an interview with Trust TV monitored by Vanguard on Sunday.

He said, “I sacked a governor for misappropriating N300,000. Now there are people — we read in the papers, thank God there are papers to read and social media and so on— who steal N2 billion, N3 billion and nobody is saying they are corrupt; only us because we are military, that is all.

“I still maintain that we are saints if you compare somebody who is accused of stealing N3 billion to one with N300,000; then I think we are saints.”

On why the battle against corruption was so difficult, he said: “I sold an idea but because it came from me, nobody likes it, nobody will like to hear it:

“Identify areas of corruption and attack them from the source. I read in one of the newspapers where a judge was complaining that they are not well remunerated by the public and that is a sure source of corruption.

“Wherever you have a system where you have a lot of control there will be corruption.

“So what did we try to do? We got government not to be involved in things like production.

“Anything to do with ‘I have to come to you and you will always think you are doing me a favour, so maybe I should reciprocate it’; that is the sort of thing.

“And that is why we introduced freeing the economy; you don’t need a licence to be graded Grade A; your groundnut or cocoa or cotton or whatever it is.

“You don’t need to go to the Central Bank or to go to banks to get foreign exchange.

“There are Bureaux de Change. They set it up in market areas, where you can easily go and get it.

“So the sources of corruption has to be identified and attacked,” he said.

The Minna-born General recalled that his economic policy of liberalisation and government stepping back from the economy were emulated by Yar’Adua and Obasanjo.

He said they did and the current regime was also doing it even though in a different name, “but it is all the same concept,” he noted. 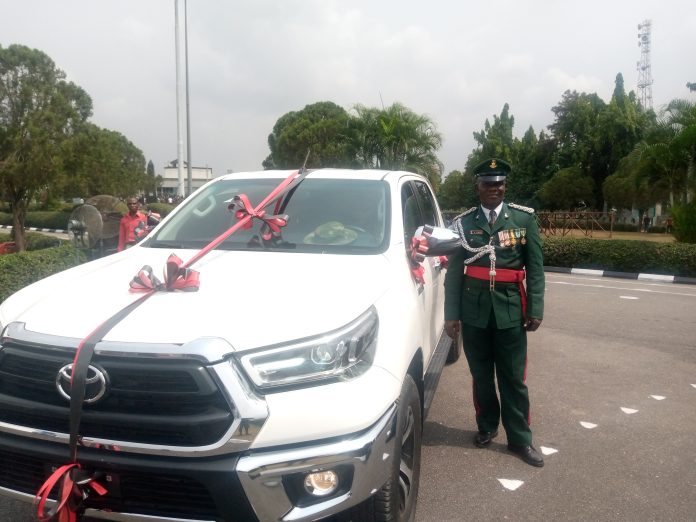 The presentation was made through Commander of the 13 Brigade of the Nigerian Army, Maj. Gen. PP Malla, at this year’s Armed Forces Remembrance Day in Calabar, Cross River State.

Ekpe expressed his appreciation and gratitude to the Chief of Army Staff, Lt. Gen. F. Yahaya, for the gift.

He described the COAS as a man of integrity for keeping his word.

He added that though retired, they still have a lot to contribute to the country in terms of intelligence gathering and they will do their best to improve the country’s security.

As part of the celebration, a wreath was laid at the tomb of an unknown soldier by the state Deputy Governor Prof. Ivara Esu as well as the speaker of the State House of Assembly, Rt. Hon. Eteng Jonah Williams.

The unknown soldier was also honoured with a wreath by the State Chief Judge, Hon. Justice Akon Ikpeme as well as the Commander of the 13 Brigade of the Nigerian Army, Maj. General PP Malla.

Others who laid wreaths are the commander of the Nigerian Navy Ship Victory, State Police Commissioner, Commandant of the Naval War College, State Chairman of the Nigerian Legion, among other officers.

Permanent Secretary Special Services Governor’s Office Alfred Mboto, said the country would never forget those who paid the supreme price in the service of the country.

He said the state government prioritizes the welfare of officers serving in the state and encouraged them to put in their best for the country.

The highpoint of the 2022 Armed Forces Remembrance Day in the state was the firing of the 21 gunshots in honour of the departed soldiers as well as the release of white pigeons by the state deputy governor.