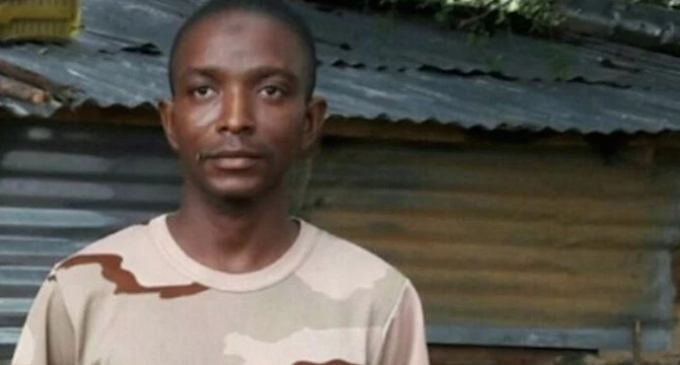 The defence headquarters (DHQ) has honoured Muhammad Abu Ali, a lieutenant-colonel and the then commanding officer of the 272 Task Force Tank Battalion, who was killed by Boko Haram in 2016.

On November 4, 2016, Ali was killed by Boko Haram insurgents when they attacked a 119 Battalion Nigerian army location at Mallam Fatori, Borno state.

Ali led one of the army’s fiercest-ever battles with Boko Haram in February 2015, culminating in the recapture of Baga town in Borno.

TheCable, in an editorial published on November 7, 2016, recommended that the President Muhammadu Buhari-led federal government should name an army barracks or a school in Borno state after the fallen hero, among other recommendations.

On Saturday, the DHQ, in a ceremony to commemorate Nigeria’s 61st Independence Anniversary, honoured 12 officers and 12 soldiers for gallantry and professionalism.

Speaking at the ceremony, Lucky Irabor, chief of defence staff, rendered tribute to the late lieutenant-colonel for his dedication, gallantry and professionalism in commanding troops against insurgents in the north-east.

Irabor said the occasion is for members of the armed forces to share moments of joy with some of its personnel who had distinguished themselves on the battlefields.

He also commended the spouses of officers and soldiers who had dedicated their lives to the service of the nation.

The chief of defence staff said members of the armed forces are committed and resolute to the security challenges facing the country at the moment.

“As we celebrate our independence anniversary today, the armed forces of Nigeria is proud of its role and effort in the Nigerian project,” Irabor said.

“Indeed, at no other time in our nation’s history have members of the armed forces been so engaged as it relates to addressing the current myriad of security challenges in our dear country that threatened the very foundation of our unity, security and wellbeing.

“Rising up to this challenge, the armed forces had made tremendous sacrifices in answering the clarion call.

“The armed forces of Nigeria remain resolute and undaunted in the face of these challenges, and we shall be victorious.”

Emirates Airline extends suspension of flights from Nigeria till October 10