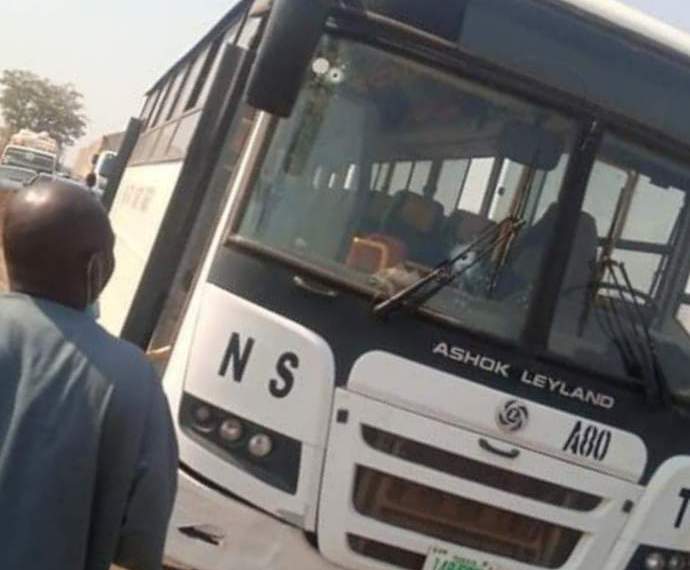 About 30 travellers were on Wednesday abducted by gun in three different vehicles in Niger State.

But the Niger police command said only 13 travellers were abducted at Konar Barau village in the Rafi Local Government Area of the state.

Niger Commissioner of Police, Monday Kuryas, confirmed the incident in an interview with NAN in Minna, the state capital.

According to him, the Divisional Police Officer of Zungeru reported that one Mubarak Idris of Kwanawa village, Sokoto state, reported the matter to the police “at about 1530 hours”.

Idris, identified as the driver of a bus with registration number LGT 12 XWX, was said to have been conveying 18 passengers from Yauri in Kebbi state, when the incident occurred.

The travellers, mostly fishermen, were said to be on their way to Yenagoa in Bayelsa state, when they were attacked.

The police said Idris reported that on getting to a sharp bend at Konar Barau along the Tegina-Minna road, some “suspected bandits in military uniform” attacked the vehicle and took away 13 passengers and his “motor boy”.

The driver also said the gunmen dispossessed him of N131,500.

Speaking on the development, the police commissioner said a manhunt for the victims had commenced.

He also urged residents to come forward should they have useful information that could lead to the arrest of the gunmen.

He said, “We appeal to residents to volunteer reliable information that could aid in apprehending miscreants in the state. We are doing everything humanly possible to ensure the protection of lives and property in our area of supervision.

“All we require from residents is vital intelligence information that could aid the security personnel deployed across the state on movement of dubious characters in their midst for necessary security action.”

The development is coming months after over 100 pupils were abducted from Salihu Tanko Islamiyya school, located in the same LGA where the travellers were kidnapped.

The children regained their freedom after spending 16 weeks with their abductors, but six of the pupils died in captivity.