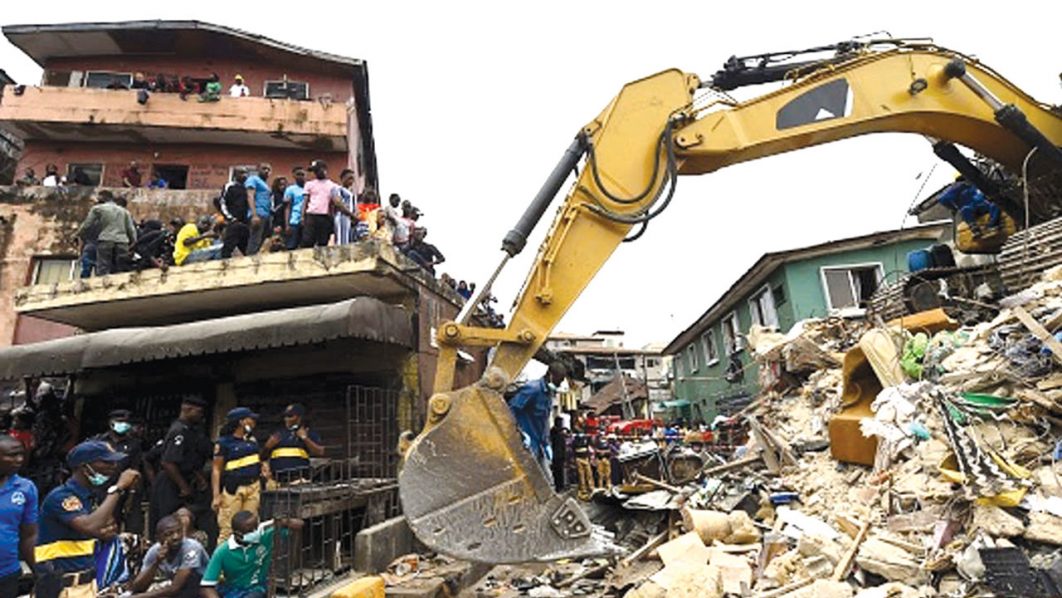 One person  has been confirmed dead, three trapped and two rescued from a collapsed two-storey building in Ikorodu, Lagos State.

A report by vanguard stated that the building located at 97, Lagos road, Haruna Bus stop in Ikorodu Area of the state collapsed Monday around 10pm.

A resident said immediately the incident occurred that they mobilised and tried rescuing the victims before the arrival of the Fire Services officials, who he said could not do much because due to the unavailability of equipment to lift the rumble.

He added that two persons were rescued alive and taken to Ikorodu General Hospital for medical attention.

He said: “Immediately the incident occurred, residents within the area mobilised themselves to carry out initial rescue activities.

“Though, fire service and police responded, they were unable to do much due to unavailability of equipment to lift the rubble on the suspected location of the trapped victims.

“One body has been recovered. The emergency phase of search and rescue has ended with the evacuation of all debris to ground zero with no additional body recovered. So, far two rescued alive with injuries and one body recovered.”