Recently introduced gas-powered vehicle in Nigeria, Eco bus, is creating excitement at the ongoing 21st Abuja motor fair.
Virtually everyone visiting the fair ground at the International Conference Centre Annex Abuja is attracted to the eco-green bus stand.
They are thrilled by the unique features of the fully gas-powered vehicle, the latest auto technology in the country.
Chief Executive Officer of Austrian Technologies Nigeria, Mr Johann Rieger, who made a short presentation at the opening ceremony of the fair on Wednesday, said his company was proud to introduce the eco-green bus to Nigeria, noting, “The gas-powered vehicle will bring a major change to bus transportation business in Nigeria and it’s time for that change, which will give us cleaner environment and maximum safety.”
Indeed, he stressed that it would also stop gas flaring problem plaguing the country for years since the bus runs on compressed natural gas.
Rieger showed guests who came to the stand some of the unique features of the bus such as driver alcohol and fatigue detection test, CCTV camera system that could be directly integrated into the city surveillance system; reverse camera; handicapped ramp and wheelchair area.
Other features are electronic dashboard with extended eco-telematics system, real time driver’s feedback on safety and economic driving and on-board video education with UNICEF support.
He said the company would periodically organise training programme for eco bus drivers to ensure maximum safety and high return on investment.
Director General of the National Automotive Design and Development Council (NADDC), Jelani Aliyu, represented by Dr Noah Onasanya, a director, said the government would give necessary support for the gas-powered vehicle business to thrive in Nigeria.
A member of the Board of the NADDC, Rev. Lambert Ekewuba, also said he was impressed with the bus, as it would facilitate the drive towards green energy, and help the environment.

Corolla, Creta, Rio in final race for Nigeria’s car of the year 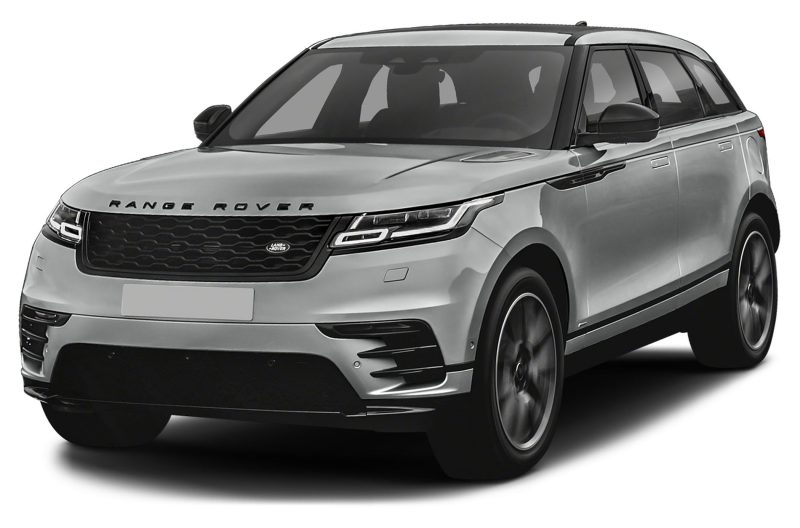 The 2021 will go down as a year of glory for Range Rover brand as its new model, the Velar, has won multiple awards. The latest is the Luxury SUV of the Year 2021 at the annual Nigeria Auto Journalists Association (NAJA) Awards just in Lagos.

The Velar, which is currently on sale in Nigeria via Coscharis Motors, had earlier won the 2021 Business Motoring Award for the Best Large SUV.

A statement by Coscharis Motors said the awards were a follow up to the 2018 World Car Awards for the design of the year.

The auto firm noted that the new Range Rover Velar fought off stiff competition from other brands nominated for the same category.

The editorial team considered the entrants based on a combination of factors such as technology, design and style, adding that the Velar excelled on all fronts.

The Range Rover Velar was said to have been chosen as the outright winner in the luxury car of the year category due to its class-leading technology, exhibiting novel features such as Pivi and Pivi Pro, providing the latest in-car artificial intelligence such as self-learning navigation system for a fully connected journey; the deployable door handles which could retract when not in use, the split armrest and crafted materials throughout.

The organisers praised Land Rover’s cutting-edge lineage, said to be instantly recognisable in the Velar, given its beautifully balanced stance with optimised proportions from the formal, powerful front end, through a flowing, continuous waistline, culminating in a taut and elegantly tapered rear.

The Velar was also commended for its Meridian’s Trifield 3D technology, found to create a truly unique ‘live’ sound experience.

Group General Manager, Marketing and Communications, Abiona Babarinde, who received the award on behalf of the auto firm, said, “For combining the off-road capabilities of a Range Rover and leading technology with the desirability of an electric vehicle, the Range Rover Velar just had to win it for us.”

He also said the NAJA award meant a lot to Coscharis Motors and “it is fantastic for the Velar to win the Luxury SUV of the Year as that is what the vehicle truly represents.

“I am really happy to pick it up on behalf of Coscharis Motors and most especially the Land Rover team who put so much hard work into the design and engineering – it is great to be recognised for leading edge and innovative technology wrapped in such a fantastic design.”

According to the statement, every Land Rover vehicle sold by Coscharis Motors comes with a complementary five-year/100,000km service plan and five-year/150,000km warranty. 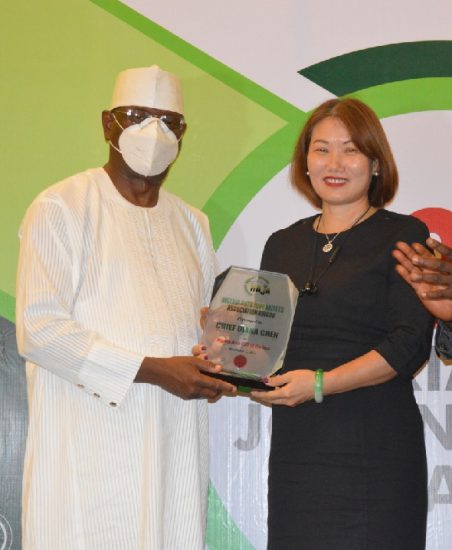 This was announced during the 2021 edition of the annual Nigeria Auto Awards held in Lagos.

The Nigerian Auto Journalists Association gave the verdict at the ceremony, where Chief Ade.Ojo, founder of Elizade Nigeria Limited fondly called Mr Toyota, was honoured as Pillar of the nation’s auto industry.

Jacky Hathiramani, who is the chief executive officer of Dana Group, emerged as Auto Personality of the Year (Private Sector).

The CIG boss, whose firm represents the GAC auto brand in Nigeria, was given the CEO of the year award as a result of her continuous efforts in pushing the brand among the enterprising young people, lawmakers and senior government officials, raising the standard and image of Chinese products in Nigeria, according to the organisers of the event.

She was also praised for sponsoring a number of sporting and socio-cultural events as well as encouraging celebrities including young artistes to drive and identify with her brand.

Chen, while responding to the award, said she was excited and felt challenged to do more in the coming years.

She urged other major players in the industry, especially the CEOs, to come together and forge a formidable force that could move the sector forward.

“It’s when we come together that we can brilliantly generate ideas on how to improve the industry,” she stated.

Chen, who invited all the CEOs present at the award night to the podium, stressed that the auto industry holds so much power in transforming the national economy if given the right impetus.

She commended the organisers of the award for giving the industry stakeholders a platform to interact every year and promised to sponsor the 2022 edition so that it could be bigger and enable all CEOs in the industry and policymakers to attend.

Chief Diana, who is also vice president of the China-Africa Business Council, is reputed to have successfully managed the CIG for 20 years.

Leveraging her extensive international trade experience and brand operations, she has established several subsidiaries and overseas branches of the company.

The group’s product line covers many industries providing quality products and services to Nigeria and the African community at large.

Chen was in 2015 conferred with a chieftaincy title in Nigeria, making her the first Chinese female chief in Nigeria. She got two other titles in 2016 and 2021.

Through the China’s ‘One Belt & Road’ and ‘Going  Global’ national strategies, she has been promoting China-Africa cooperation & China-Nigeria economic, trade & cultural exchanges.

She is credited to be promoting the industrialization of Africa, by establishing an auto assembly plant in Nigeria.

Meanwhile, one of the models of the GAC brand, GS8, has won the most fascinating SUV award in Nigeria.

The vehicle being sold by the CIG Motor, an arm of the CIG Group, is one of the product awards announced at the auto industry event.

The second generation GS8 unveiled in July 2021 came with a 2.0 litre turbo engine mated to an eight-speed automatic transmission, with a maximum output of 185kW and a maximum torque of 400Nm. 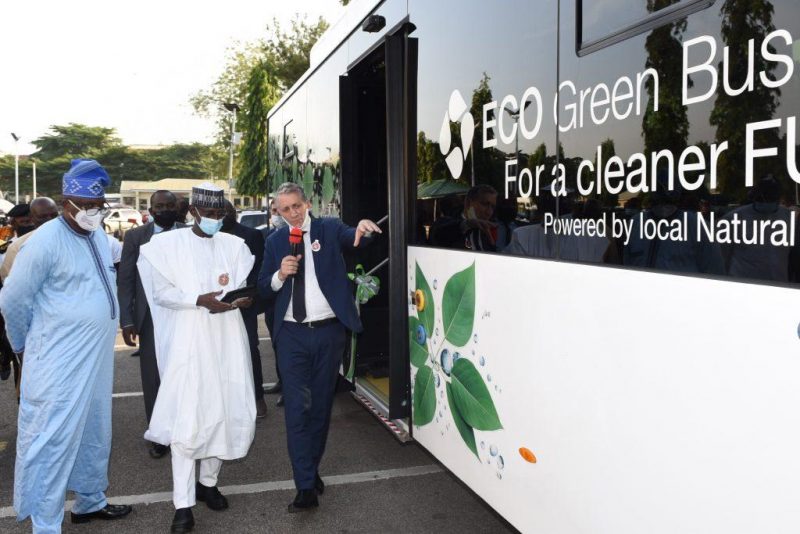