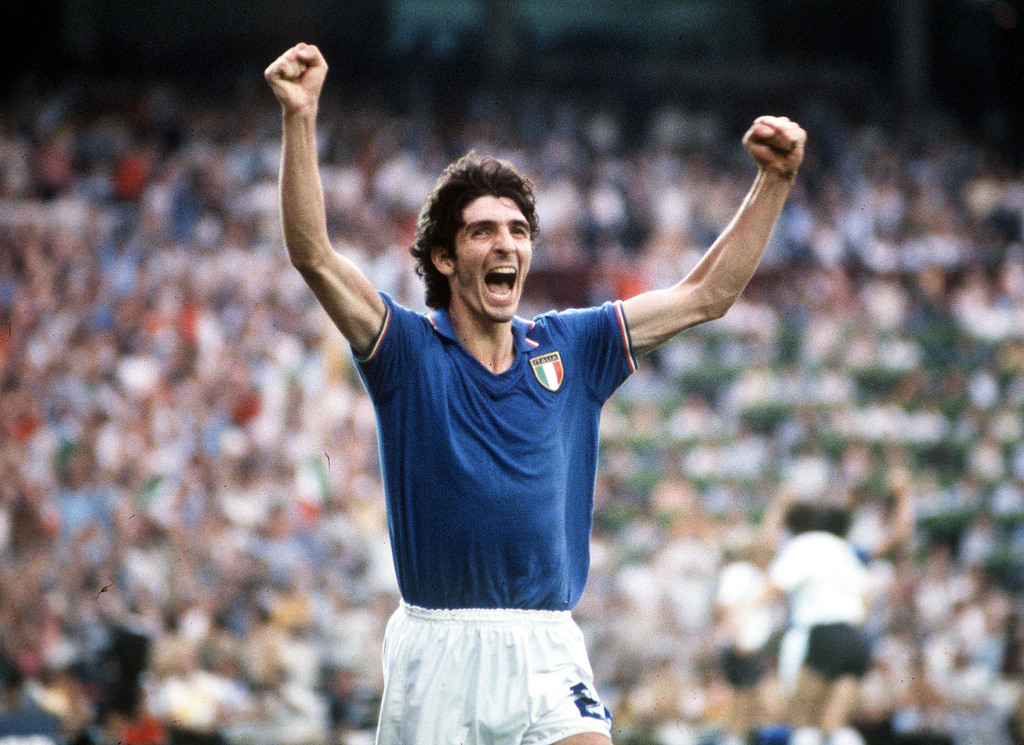 Paolo Rossi, Italy’s goal-scoring hero from their victorious 1982 World Cup campaign, has died from ‘an incurable disease’, at the age of 64.

His death comes with the football world still in mourning for Argentina icon Diego Maradona, who passed away late last month.

Italian TV channel RAI Sport, where Rossi had been working as a pundit, said on Thursday “Pablito” had died of an “incurable disease”.

“Unforgettable Pablito, who made all of us fall in love in that summer of 1982 and who was a precious and competent work colleague in RAI over recent years.”

Rossi’s wife, Federica Cappelletti, posted a photo of herself and her husband on Instagram along with the words “per sempre” – “forever”.

Rossi won two Serie A titles, a European Cup and a Coppa Italia with Juventus but will be most fondly remembered for his six goals at the 1982 World Cup in Spain.

He netted a hat-trick in the famous 3-2 win against Brazil , before scoring both goals in the semi-final against Poland and getting the crucial opener in the final versus West

Germany, which the Italians went on to beat 3-1 and clinch their third World Cup title.

In winning the World Cup title, Golden Ball (player of the tournament) and Golden Boot (highest goal scorer), Rossi became the first player to hold all three honours simultaneously – until the feat was equalled by Ronaldo Nazario deLima in 2002 World Cup held in South Korea/ Japan