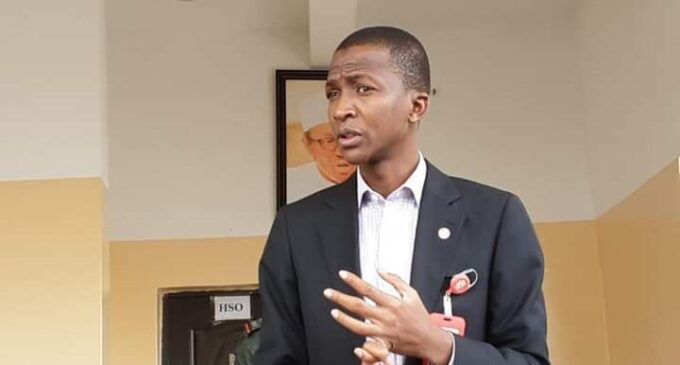 The Economic and Financial Crimes Commission (EFCC) has explained that its directive to bankers to declare their assets is aimed at sanitising the banking sector.

Abdulrasheed Bawa, EFCC chairman, spoke on Monday in Abeokuta, Ogun state capital, at the opening of a two-day capacity-building workshop for security agencies.

The EFCC had, in March, directed all bank executives to declare their assets latest by June 1.

Represented by Mohammed Ghali, EFCC Lagos zonal commander, Bawa said a clarification became necessary because many people had misconstrued the measure for a “witch hunt”.

“Knowing the rots that permeate the nation’s banking sector, the directive was born out of efforts to sanitise the banking sector, but it was received with mixed feeling,” he said.

“It is obvious that those who kicked or are still kicking against the directive are ignorant of the unmistakable details of the bank employees declaration of assets act.

“Unlike the claims in some quarters, it is not a witch-hunt; rather, it is part of measures to sanitise the country’s financial institutions.”

Bawa said in carrying out the responsibility of ridding Nigeria of corruption, as mandated by the EFCC establishment act, he had realised that “there is a slew of corrupt practices going on in the banking sector”.

He added that the situation had prompted the EFCC, under his watch, to intensify engagement with bank executives, more than ever before.

“We are aware of the different shades of fraudulent activities going on in our financial institutions, particularly in the banking industry sector,” he said.

“The nation cannot afford to go through another serious crisis in the banking sector, and this explains the constant intervention by the EFCC.”

He assured that the anti-graft agency, through its bank fraud section, would continue to prevent fraudulent practices in the banking sector and prosecute perpetrators of such fraud.