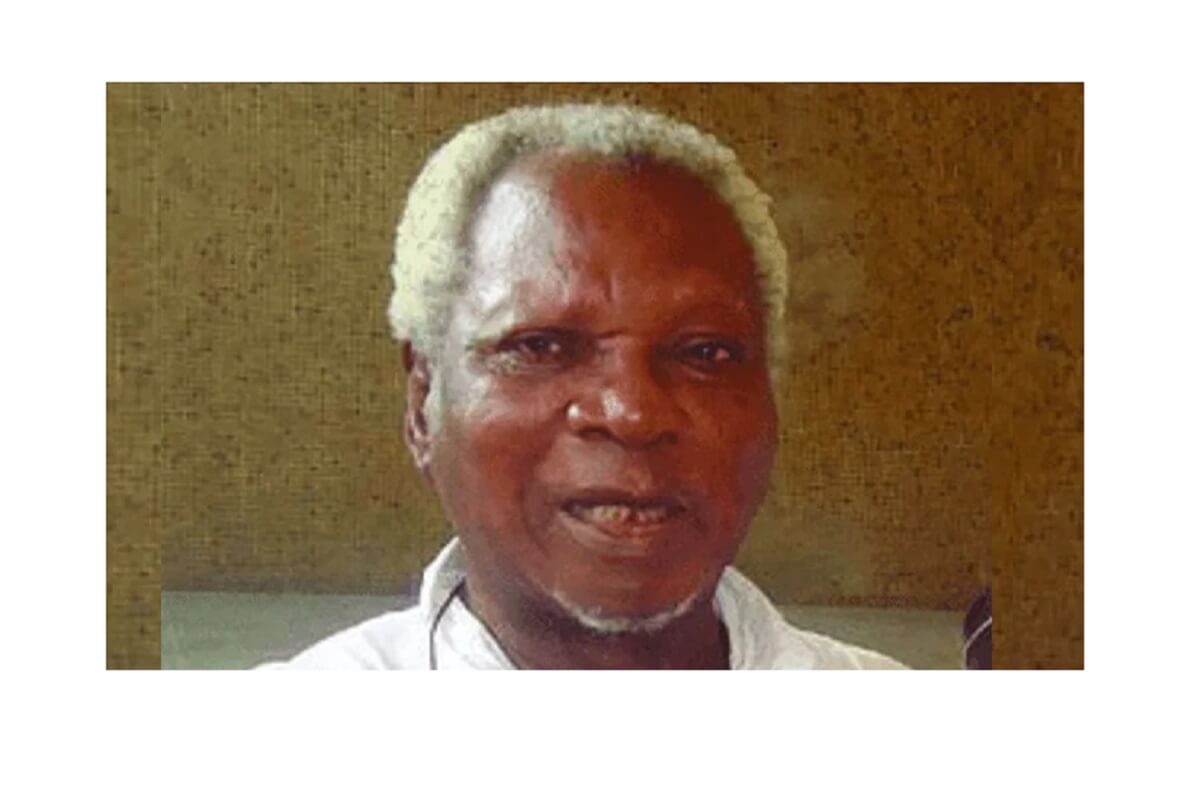 President Muhammadu Buhari has sent a condolence message to a former Federal Commissioner for Information and South-South leader, Chief Edwin Clark, for the demise of his younger brother, John Pepper Clark, an emeritus professor of literature and renowned writer.

Edo State Governor, Godwin Obaseki, and his Delta State counterpart, Ifeanyi Okowa, are among other people that have paid tributes to the literary icon, who died on Tuesday at the age of 86, according to a statement signed by Prof. C. C. Clark and Mr Ilaye Clark, for the family.

The statement read, “The Clark-Fuludu Bekederemo family of Kiagbodo Town, Delta State, wishes to announce that emeritus professor of literature and renowned writer, Prof. John Pepper Clark, has finally dropped his pen in the early hours of today, Tuesday, 13 October, 2020.

“Prof. J. P. Clark has paddled on to the great beyond in comfort of his wife, children and sibling, around him.

“The family appreciates your prayers at this time. Other details will be announced later by the family.”

President Buhari, in a statement by his Special Adviser on Media and Publicity, Mr Femi Adesina, said JP Clark’s death would leave a huge vacuum in the literary world.

It stated, “On behalf of the Federal Government, President Muhammadu Buhari extends the deepest condolence to the Clark-Fuludu Bekederemo family on the passing of renowned writer and emeritus professor of literature, Prof. John Pepper Clark.

“President Buhari pays tribute to one of Nigeria’s finest poets, dramatist and recipient of the Nigerian National Order of Merit Award for literary excellence, whose repertoire of published works depicts the hard work of a great man, devoted to a lifetime of writing, knowledge and promotion of the indigenous culture of the Ijaw nation.

“Acknowledging that Prof. J.P. Clark’s exit has, indeed, left an indelible mark in the literary world, President Buhari takes solace that his body of literary works, which earned him recognition and respect both at home and abroad, would continue to inspire upcoming Nigerian writers to pursue literary excellence and flourish in their chosen vocation.

“The President’s thoughts and prayers are with the family of the departed patriot, the government and people of Delta State and the literary community in the country.

“He prays for the peaceful repose of the soul departed.”

Governor Obaseki described the late Clark as “a great academic, celebrated poet, adding, “His literary exploits brought honour and great respect to Nigeria and his contributions to literature and education, in general, will outlive many generations.”

Governor Okowa of Delta, in a statement by his Chief Press Secretary, Mr Olisa Ifeajika, said the literary world had lost an enigma whose works would continue to dominate the contemporary Nigerian society.

He said, “The literary works of Professor J.P. Clark promoted Delta, Nigeria and Africa, hence his demise is being celebrated by lovers of literature all over the world.

“As a serial award-winner in poetry, the late Prof. Clark was a consummate patriot, a great literary icon and a teacher par excellence, whose literary publications inspired deep thoughts, especially on social-economic and political themes.

“On behalf of the government and people of Delta, I commiserate with the Clark-Fuludu Bekederemo family over the passing of renowned poet, literary giant and playwright, Emeritus Professor John Pepper Clark.”

Deputy President of the Senate, Senator Ovie Omo-Agege, who described him as a literary colossus, said, “As we all mourn the transition of this great African to eternal life, our heartfelt condolences go to his dear family and our dear Papa, Chief Edwin Clark.

“Forever, the world shall recall the intellectual stature and contributions of Prof Emeritus John Pepper Clark-Bekederemo.”

A famous playwright, Prof. Femi Osofisan, saw the late poet as a complex personality, noting, “He was an embodiment of contradictions in his personality, but what interests us is his talent as a poet and writer and conscience of society.

“He wasn’t a protest poet, but was very political in his writing. He was very concerned about the issues that pertain to society.

“We are going to miss him. I would personally miss him because he is my friend and mentor.”

Born on December 6, 1933, in Kiagbodo, to an Ijaw father and Urhobo mother, Clark received his early education at the Native Authority School, Okrika (Ofinibenya-Ama), in Burutu Local Government Area (then Western Ijaw) and the Government College in Ughelli.

He had his BA degree in English at the University of Ibadan, where he edited various magazines, including the Beacon and The Horn.

He had worked as an information officer in the Ministry of Information, in the old Western Region of Nigeria, after graduation from Ibadan in 1960, as features editor of the Daily Express, and as a research fellow at the Institute of African Studies, University of Ibadan.

He served for several years as a Professor of English at the University of Lagos and retired in 1980.

In 1982, along with his wife, Ebun Odutola (a professor and former director of the Centre for Cultural Studies at the University of Lagos), he founded the PEC Repertory Theatre in Lagos.

He held visiting professorial appointments at several institutions of higher learning, including Yale and Wesleyan University in the United States.

Clark was most noted for his poetry