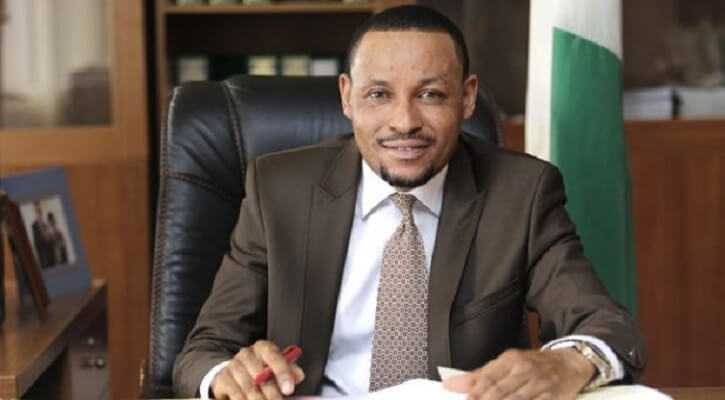 Chairman of the Code of Conduct Tribunal, Danladi Umar, who was caught on video physically assaulting a security officer at the Banex Plaza, Wuse 2, Abuja, has justified his action, saying the guard was rude to him.

In the viral video, Umar started by angrily scolding the security man.

The CCT chairman was later seen violently kicking the guard, before he was restrained and led into his car by police officers.

Spokesman for the CCT, Ibraheem Al-Hassan, said the security man was rude to the CCT chairman and had threatened him (Umar).

He stated this in a statement on Tuesday as a reaction to the incident, adding that the “altercations started over a parking lot which the chairman met vacant, and it was directly opposite a shop where he wanted to make a purchase and to fix his phone.

“When the young security guard sighted him, he ordered that the chairman should not park his car in that particular space.”

Al-Hassan said the security personnel could not provide any reasonable explanation why Umar could not park in the empty space.

He said although the tribunal chairman did not identify himself, “the boy was rude in his approach and threatened to deal with the chairman if he refused to leave the scene.”

“Again, if the chairman had gone there to cause trouble or intimidate someone, as suggested, he would have gone there in his full official paraphernalia. But he went there alone with his younger brother,” the statement said.

“The policemen seen in the video clip were not the chairman’s police team. They were policemen operating around the plaza, who at first instance intervened before the arrival of the police team from Maitama police station.”

According to him, a mob in the plaza started throwing sharp objects at Umar’s car, “which led to a deep cut and dislocation in one of his fingers, causing damage to his car and smashing his windscreen”.

“At the point, he attempted to leave the scene, these same miscreants ordered the closure of the gate, thereby assaulting him before the arrival of police team from Maitama Police Station,” Al-Hassan added.