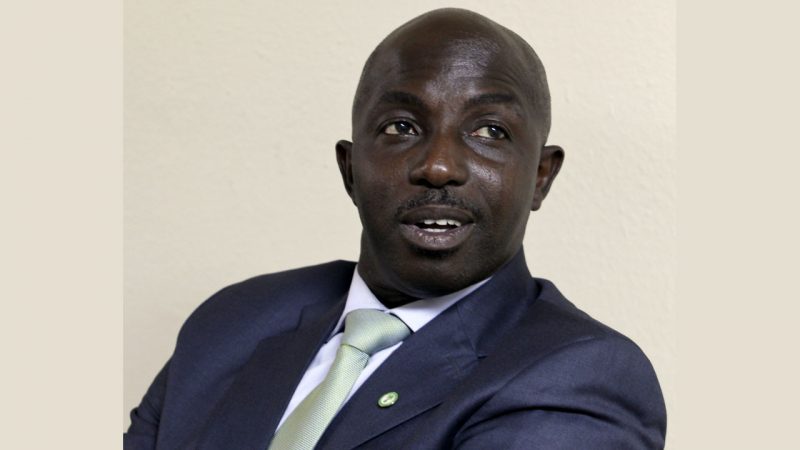 US District Judge Alvin Hellerstein said he had “no conceivable basis” to exercise jurisdiction in Manhattan federal court.

Hellerstein said this was because the dispute took place outside the United States and was decided under Swiss law, and Siasia lived in Atlanta.

Nitor Egbarin, a lawyer for Siasia, had no immediate comment, having yet to review the decision.

FIFA had in 2019 found Siasia violated its code of ethics by engaging in a bribery scheme related to a plan to fix Australian matches.

Siasia sued FIFA in August, saying the case against him was based on “grossly insufficient evidence” consisting exclusively of emails that were “never explained” to FIFA, and that he was not allowed to cross-examine witnesses.

He said FIFA’s probe was an improper exercise of “government function,” violating his rights under the US Constitution, federal civil rights law and state law.

FIFA said Siasia’s lawsuit did not belong in any US court, and that his claims were meritless.

In June, the Court of Arbitration for Sport shortened Siasia’s ban and lifted his 50,000 Swiss franc ($54,585) fine, calling the lifetime ban too severe for a first offense.

Siasia, 54, was a striker for Nigeria’s national team before turning to coaching. 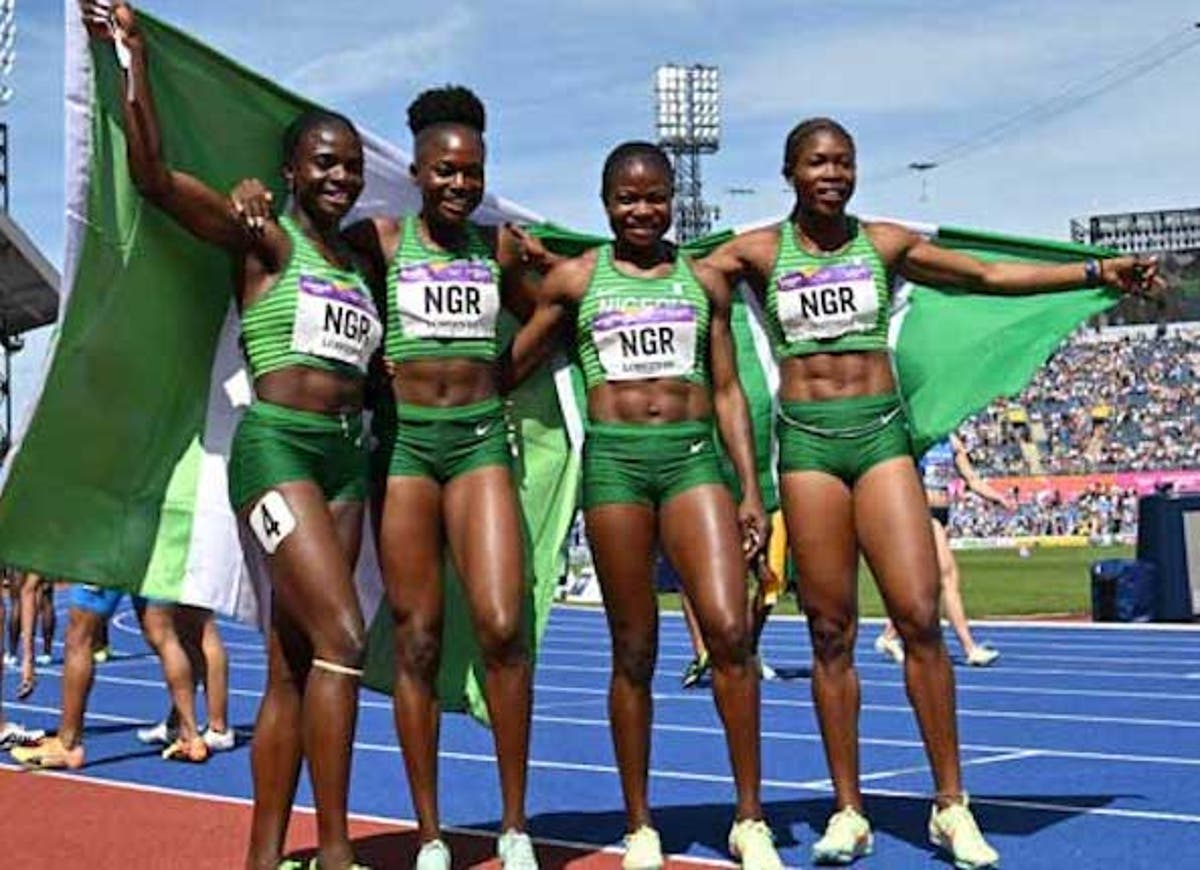 Members of the historic Team Nigeria to the 2022 Commonwealth Games will receive a presidential reception, Minister of Youth and Sports Development, Sunday Dare, has said.

Team Nigeria achieved its best performance ever at the Commonwealth Games at the 2022 edition in Birmingham, winning 12 gold, nine silver and 14 bronze medals.

Speaking with Team Nigeria athletes on Monday, Dare praised them for bringing the country into global focus for positive reasons.

A statement by the minister’s media office quoted him as saying, “I followed every moment of your competition. I was in Birmingham from the beginning till I had to leave for other official engagements. So many Nigerians followed you too. We are all so proud of what you achieved for Nigeria and yourselves.

“Mr President is also very proud of you and has approved that a presidential reception be held to honour you for the historic feat at Birmingham 2022.

“We will immediately start to plan for the reception and once we have tightened things up, we will announce the date, invite you over from your different bases and you will have that privilege of meeting Mr President.

“Nigeria will appreciate you for the great acts of sacrifice, patriotism and determination to excel that you all have demonstrated here whether you have a medal around your neck or not.”

Meanwhile, Group Chief Executive of Oando Plc, Wale Tinubu, has announced that his company will give cash rewards to all Team Nigeria medallists at the 2022 Commonwealth Games.

Tinubu said his company would match whatever cash reward was already in place for the athletes by the Federal Ministry of Youth and Sports Development. 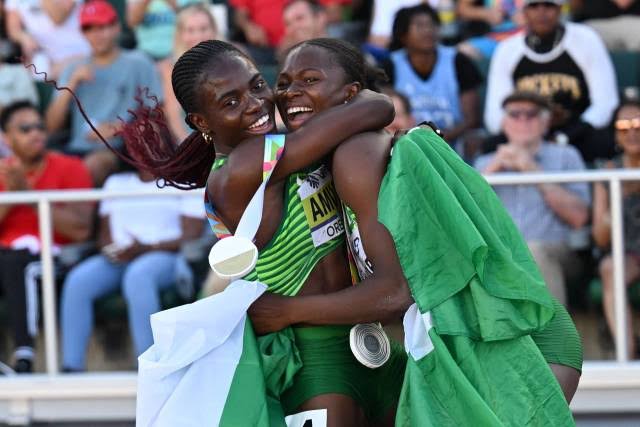 Nigeria ended its participation at the Birmingham 2022 Commonwealth Games on Sunday hauling a number of gold medals, with Long Jump sensational Ese Brume leaping 7m to hit gold. This took the country’s gold medals to 12 at the tournament.

The victory dance started in the morning at the Alexander Stadium, where the quartet of Tobi Amusan, Favour Ofili, Rose Chukwuma and Grace Nwokocha won the 4x100m women’s relay race.

The quartet also set a new African record of 42.10s to win the country’s 11th gold medal in what has turned out to become Nigeria’s best outing at the Commonwealth Games.

Earlier, the quartet of Udodi Onwuzurike, Favour Ashe, Alaba Akintola and Raymond Ekevwo won the bronze medal in the men’s 4x100m event won by the English team. The Nigerian men finished in a time of 38.81s to make it to the podium.

Ofili on Saturday became the third Nigerian woman after Mary Onyali (1994) and Blessing Okagbare (2014) to win a medal in the 200m at the Commonwealth Games.

Ofili’s silver medal win is the second such medal Nigeria has won in the event after Mary Onyali, who ran 22.35 seconds to place second behind Australia’s Cathy Freeman in 1994.

Interestingly, the three Nigerians that qualified to run in the final of the half-lap event have ended on the podium.

In the last field event of the day, Ese Brume made 7.00 metres in the long jump to break her Commonwealth Games record and added another gold medal to Nigeria’s kitty.

Earlier, Elizabeth Oshoba failed in her attempt to win a gold medal in the women’s featherweight boxing final, losing 5-0 to Northern Ireland’s Michaela Walsh. She got a silver medal for her efforts.

The women’s 4×400 metres relay team were not luckier as they could only finish seventh in the race won by England. Canada took the silver, while the bronze medal went to Jamaica.

With 12 gold medals in the kitty, Nigeria made it her best-ever show at the Commonwealth Games. 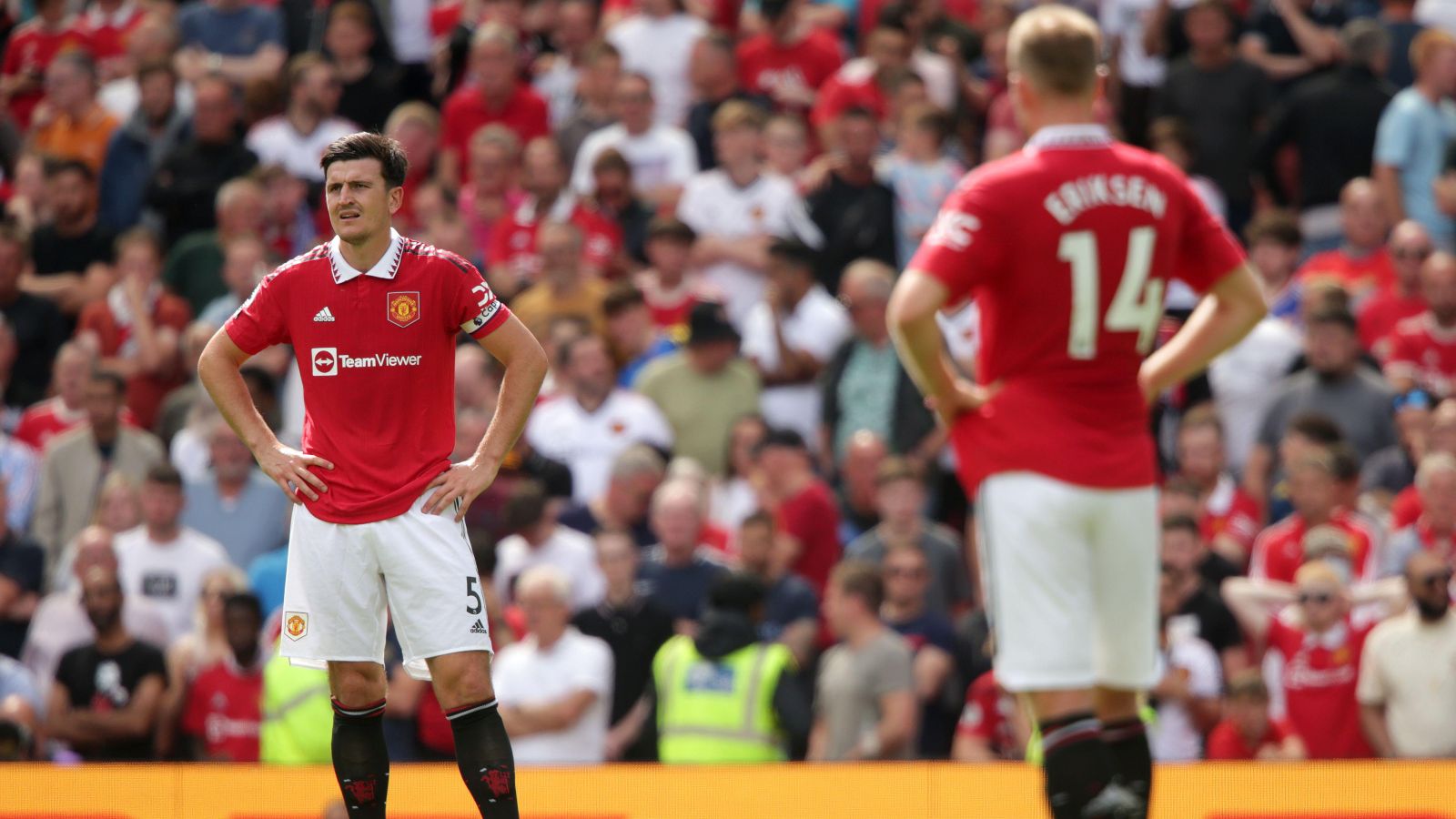 Manchester United started the 2022/23 English Premier League on a disappointing note under a new manager, Erik ten Haag, losing 1-2 to Brighton at home on Sunday afternoon.

Brighton had never won at Old Trafford. But they made history when Pascal Groß got his first of the day to put the visitors ahead in the 30th minute, according gto Vanguard.

Despite being inferior in post-match statistics, the Seagulls made life difficult for United for the entire duration of the game.

Football365 also reports that Erik ten Hag was brought to the club in the summer to begin a rebuild on the back of a slump that has seen them go five years without winning a trophy and there is not going to be a quick fix.

Starting with Cristiano Ronaldo on the bench, United were thoroughly outplayed in the first half as two Pascal Gross goals in the space of nine minutes gave the Seagulls a deserved lead.

Ten Hag’s men did improve after the break once Ronaldo had come on, but only found the back of the net through an Alexis Mac Allister own goal and were unable to get a leveller.

It was a worthy three points for Brighton, who have high expectations this season despite losing key players in the summer, and they enjoyed a first-ever win at Old Trafford.

It was 93 days since the nadir of Ralf Rangnick’s reign saw United hammered 4-0 at the Amex Stadium at the end of last season, but not much has changed on the pitch yet from that afternoon.

Despite their early arrival at the ground, United were caught cold in a hugely disappointing opening 45 minutes and were nearly behind in the opening 15 seconds.

Leandro Trossard pressed Diogo Dalot on the edge of the penalty area, stole possession but could only fire into the side-netting.

Having averted early disaster, it looked like United were going to take control as they forged a great chance to score in the eighth minute.

Scott McTominay got in down the right and his blocked shot fell perfectly for Bruno Fernandes, but the Portuguese blazed his effort well over.

But from then Brighton asserted themselves and they deservedly took the lead on the half-hour.

McTominay was robbed of possession by Moises Caicedo, who found Danny Welbeck’s clever run between the two centre-halves, and the ex-United striker picked out Gross at the far post, with the midfielder having an easy tap-in.

Things got worse for United nine minutes later as Brighton doubled their lead after they sliced through the Red Devils in just four passes.