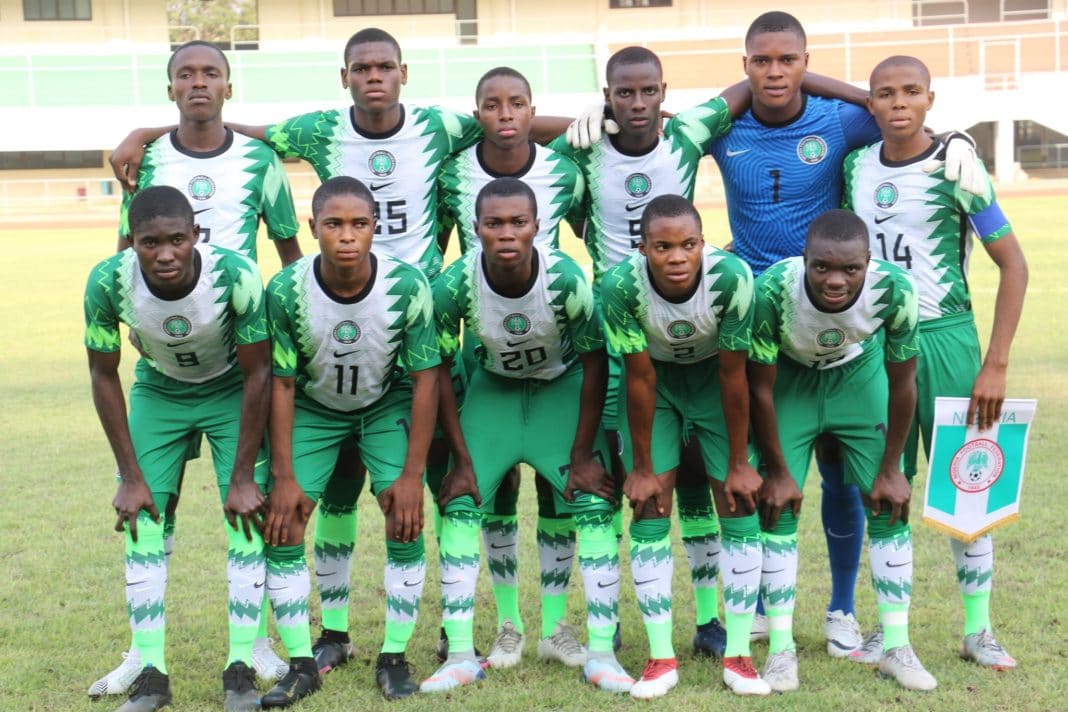 Nigeria’s Golden Eaglets have qualified for next year’s U-17 Africa Cup of Nations in Algeria, after defeating Côte d’Ivoire 3-1 in the first semi-final of the WAFU B tournament in Ghana.

Two well taken free-kicks from Emmanuel Michael in the first half and a second half header off Abdullahi Idris, earned coach Nduka Ugbade and his side their third consecutive win at the regional tournament.

The Eaglets uncharacteristically conceded first when Yan Diomande scored from the penalty spot in the very first minute after a foul in the Nigerian box.

Vanguard reported that the Nigerian boys launched onslaught after onslaught and were rewarded on the half-hour mark when Emmanuel Michael, who scored a spectacular goal from a 22-yard free-kick in the opening match against hosts Ghana, found the range off another free-kick from the right wing.

Thirteen minutes later, Nigeria were ahead for the first time in the encounter when Michael, again from a free kick at the edge of the box, blindsided goalkeeper Mohamed Cisse with an intelligent attempt that swept past the static wall.

The Ivorians came into the second half determined to browbeat the Eaglets with their size and stoutness, but they were pegged further back on the hour mark when Abubakar Idris Abdullahi found the net with a glancing header.

Four minutes later, the Ivorians were down to 10 men after Makhete Moustapha N’diaye was shown the red card.

Another free-kick by Emmanuel Michael in the 77th minute missed target narrowly, and Precious Tonye Williams came very close with four minutes left after a brilliant team move set him up with a clear chance.

In Friday’s final, the Eaglets will take on the winner of the second semi final between hosts Ghana and Burkina Faso. However, victory over the Ivorians mean they will be one of the eight participating teams at next year’s Africa U17 Cup of Nations in Algeria.

Defender and dead ball prodigy Emmanuel Michael was presented with the Man-of-the-Match award, for the third consecutive match.