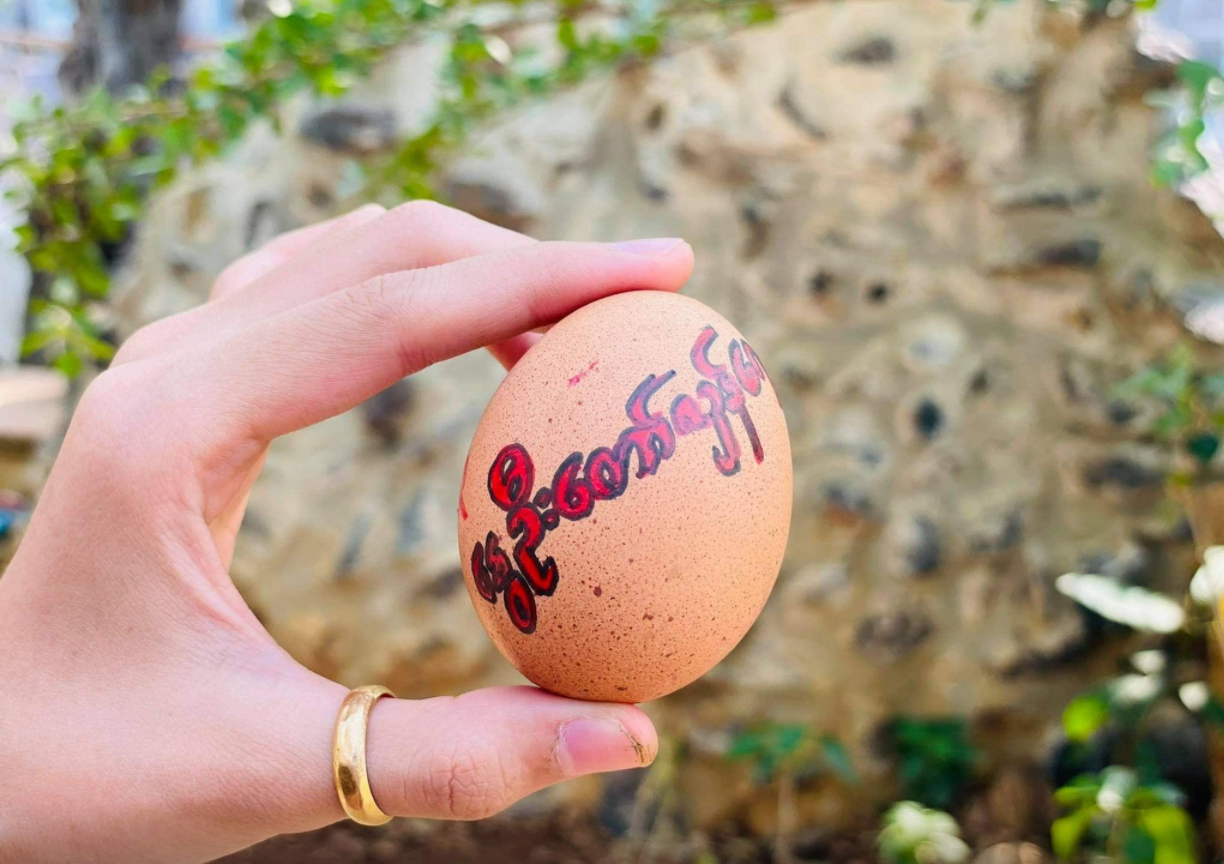 Opponents of military rule in Myanmar inscribed messages of protest on Easter eggs on Sunday, while others were back on the streets, facing off with security forces after a night of candle-lit vigils for hundreds killed since a Feb. 1 coup.

In the latest in a series of impromptu shows of defiance, messages including “We must win”, “Spring Revolution” and “Get out MAH” were seen on eggs in photographs on social media, the latter referring to junta leader Min Aung Hlaing. Easter is not widely observed in predominantly Buddhist Myanmar.

The Assistance Association for Political Prisoners (AAPP), an activist group monitoring casualties and arrests since the military overthrew the elected government of Nobel laureate Aung San Suu Kyi, said the toll of dead had risen to 557, as of late Saturday.

“People across Burma continued striking for the end of dictatorship, for democracy and human rights,” the group said, using another name for the Southeast Asian country.

Despite the killings, protesters continue to turn out every day in towns big and small to reject the return of military rule after a decade of tentative steps towards democracy. Numerous candle-lit vigils took place on Saturday night.

Early on Sunday, hundreds of people protested in the country’s second city of Mandalay, some on foot, others on motor-bikes, according to images on social media, before police and soldiers moved in to disperse them.

There were no immediate reports of violence.

Police and a spokesman for the junta did not answer telephone calls seeking comment. 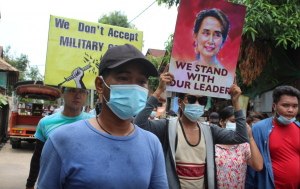 Opponents of military rule have also mounted a civil disobedience campaign of strikes and they arrange often creative shows of defiance, which on Easter Sunday extended to eggs.

The AAPP said 2,658 people were in detention, including four women and a man who spoke to a visiting CNN news crew in interviews on the streets of the main city of Yangon last week.

A spokesman for CNN said it was aware of reports of detentions following the team’s visit.

“We are pressing the authorities for information on this, and for the safe release of any detainees,” the spokesman said.

The military is waging its own campaign to control information and stifle dissent.

It ordered internet providers to cut wireless broadband from Friday, depriving most customers of access, though some messages and pictures were still being posted and shared.

Authorities have also issued arrest warrants for nearly 40 celebrities known for opposing military rule, including social media influencers, singers and models, under a law against inciting dissent in the armed forces.

The charge, announced on the main evening news bulletins broadcast by state media on Friday and Saturday, can carry a prison term of three years.

One of those charged, blogger Thurein Hlaing Win, told Reuters he was shocked to see himself branded a criminal on television and had gone into hiding.

“I didn’t do anything bad or evil. I stood on the side of truth. I followed the path I believe in. Between good and evil, I chose good,” he said by telephone from an undisclosed location.

“If I get punished for that, my conscience is clear. My beliefs will not change. Everyone knows the truth.”

The military ruled the former British colony with an iron fist after seizing power in a 1962 coup until it began withdrawing from civilian politics a decade ago, releasing Suu Kyi from years of house arrest and allowing an election that her party swept in 2015.

It says it had to oust Suu Kyi’s government because a November election, again won easily by her party, was rigged. The election commission has dismissed the assertion.

Many in Myanmar, particularly younger people who have come of age during the past decade of social and economic opening up, cannot accept the return of rule by the generals.

Suu Kyi is in detention facing charges that could bring 14 years in prison. Her lawyer says the charges are trumped up.

The coup has also triggered clashes with autonomy-seeking ethnic minority forces that have announced support for the pro-democracy movement.

The Karen National Union, which signed a ceasefire in 2012, has seen the first military air strikes on its forces in more than 20 years and says it must fight to defend itself from a government offensive.

The group said more than 12,000 villagers had fled their homes because of the air strikes.

Fighting has also flared in the north between the army and ethnic Kachin insurgents. The turmoil has sent several thousand refugees fleeing into Thailand and India.

Suu Kyi’s party has vowed to set up a federal democracy, the main demand for the minority groups.

Amazon acknowledges issue of drivers urinating in bottles in apology to Rep. Pocan