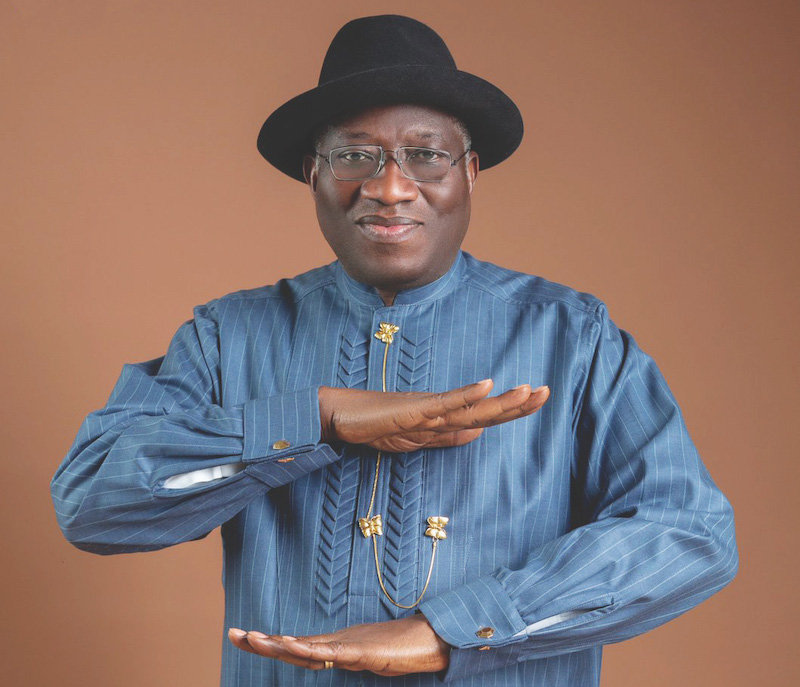 This came as the former president made a case for the consolidation of democracy in Africa, describing it as a leverage that could ensure that the continent’s future would be better than its past.

Jonathan noted that democracy might have its flaws but pointed out that various academic studies had demonstrated that the system of government “yields better economies, better health for its citizens and better respect for human rights.”

Buhari, in his congratulatory message, said Jonathan’s life of service has brought honour and goodwill to the country.

This is coming as Jonathan has made a case for the consolidation of democracy in Africa, describing it as a leverage that could ensure that the continent’s future would be better than its past.

The president’s spokesman, Mr. Femi Adesina, said Buhari expressed appreciation to the former president for his dedication to service following his astronomical rise to the highest level of service and eventual emergence as ECOWAS envoy in recent times.

The president prayed God to grant Jonathan long life, wsdom and good health so that he can continue to serve humanity.

The statement read: “On behalf of the federal government and Nigerians in general, President Muhammadu Buhari warmly felicitates with former President Goodluck Jonathan on his 63rd birthday, November 20, 2020, congratulating him for a life of service that has brought honour and goodwill to the country.

“The President notes with appreciation the peculiar and remarkable climb of the former president on Nigeria’s political ladder, and dedication that has kept him working most recently as ECOWAS envoy to bring peace to the Republic of Mali.

Governor Ifeanyi Okowa has also congratulated Jonathan, as he clocks 63 years today, saying his efforts at promoting democracy particularly in Africa are impactful and commendable.

He said that Jonathan’s bourgeoning role in entrenching democracy across Africa through his observer-mission activities was impactful and laudable.

Okowa also noted that the former president’s role in the peace process in Mali, describing it as “truly statesmanlike”.

Ekweremadu has also hailed Jonathan, for his democratic temperament and selfless leadership.

Ekweremadu commended the former President for not only the electoral reforms recorded under his administration, but also for providing the right democratic atmosphere to ensure that the reforms were implemented by the Independent National Electoral Commission (INEC) and other relevant agencies and stakeholders.

Jonathan in his keynote speech at a virtual conference organised by the Kofi Annan Foundation which focused on ‘Democracy in East Africa in the age of COVID- 19: challenges and opportunities’.

Jonathan further affirmed that it was no coincidence that the countries with the best human development index scores are all democracies, while the worst performers are not.

He said, “We have made enormous strides in Africa in terms of democracy. According to Freedom House, there were only two democracies in Africa in 1980; now there are no fewer than forty.”

Stressing that not all of these democracies meet the required standards, the former President however emphasised that they are mostly big improvements on what came before.

Comparing democracies to dictatorships, Jonathan stated that dictatorships around the world tend to underperform “because they are subjected to little or no accountability, either from a free press, an independent judiciary or a vibrant opposition.”

Jonathan noted that democracy “is fundamentally a competitive system, and competition keeps people, even politicians, on their toes”, adding that they are meant to be in power to serve their people and their countries, not themselves.

He said although democracy has its challenges in many countries, the aspiration to democracy has taken root, especially among our youth.

“From Washington to Abuja to Nairobi, democracy is always a work in progress, everywhere: each generation has to address the challenges left by its elders.”

Buhari says Ebonyi gov defection to APC based on principle 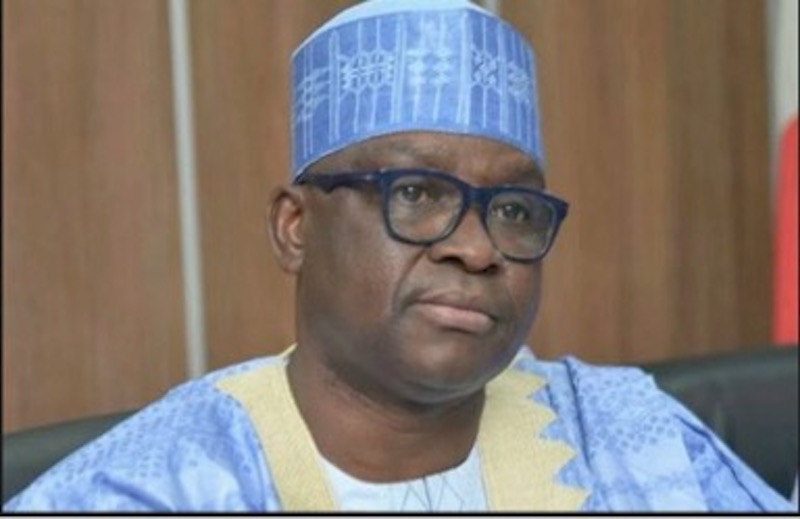 The former Governor of Ekiti State, Peter Ayodele Fayose has said that Nigeria needs a southern presidency in 2023.

Fayose who made this known on Wednesday on his Twitter handle said that the current president in the country, President Muhammad Buhari is from Northern part of the country and he is serving his second term as a president which he said gives way for a southern presidency next year.

President Muhammad Buhari got the mantle of leadership as a President of Nigeria in 2015 and was re-elected in 2019 where he beat Atiku Abubakar to clinch his second term in office.

Atiku has emerged as the Presidential Candidate of the People’s Democratic Party, PDP at their presidential primaries held in Abuja last month.

Reacting to Atiku’s emergence, Fayose said that it is high time for South to produce next president after President Muhammad Buhari.

His tweet, “The PDP Constitution provides for a rotational Presidency.

“Section 3(c) provides that the Party shall pursue its aims & objectives by “adhering to the policy of the rotation & zoning of Party & Public elective offices in pursuance of the principle of equity,justice and fairness.” 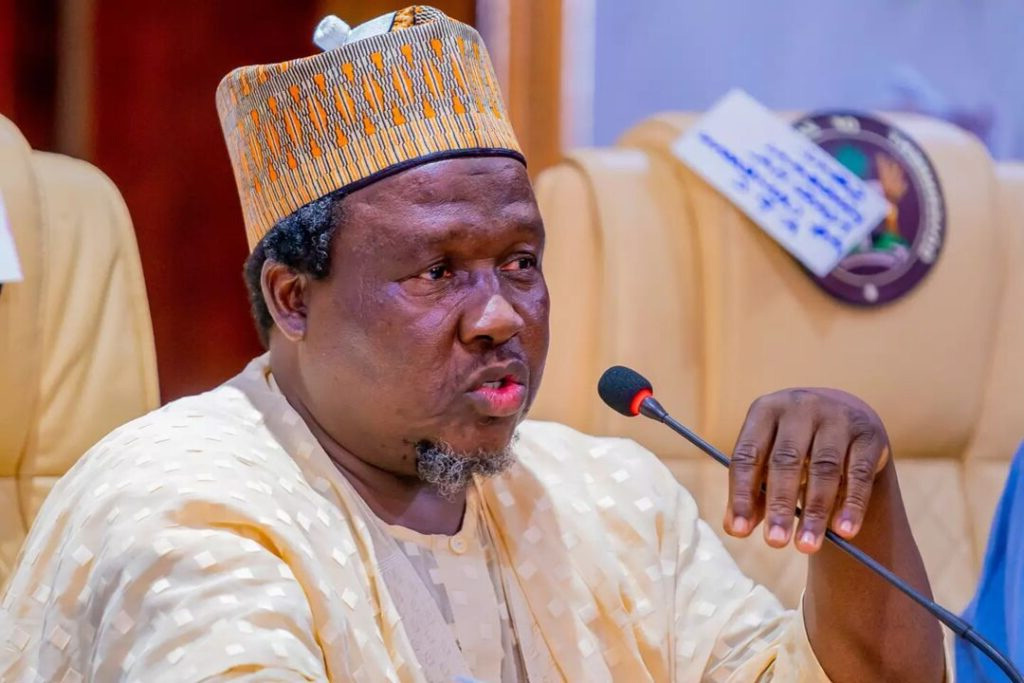 Vice presidential candidate of the All Progressives Congress, Kabiru Masari, has notified the Independent National Electoral Commission (INEC) that his original certificates are missing.

This is coming amid controversy over the silence of the APC presidential candidate, Asiwaju Bola Tinubu, on his primary and secondary schools certificates.

According to a report by the Nigerian Tribune, Masari, in documents submitted to INEC deposed to an affidavit on the loss of his primary and secondary schools certificates.

The APC vice presidential candidate disclosed that he attended Masari Primary school, Katsina State between 1972-78 and obtained a Grade 2 Certificate from Katsina Teachers College in 1982 and a Higher Certificate in 1995.

In the “Sworn Affidavit for Loss of Some Original Documents”, Masari said in January 2021, while on transit within Wuse, Area FCT, Abuja he lost his Certificate of Occupancy for a land located in GRA, Katsina along with his Grade 2 Certificate from Katsina Teachers College and First Leaving Primary School Certificate issued by Masari Primary School, Katsina State, (1972-78).

According to the extract from Police Diary obtained from Divisional Police Headquarter, Wuse Zone 3, Abuja, attached to his documents, “he further stated that all efforts made to trace the items proved abortive.

“The complainant is issued with Police Extract and informed that the extract is not a substitute for the lost items and was advised to go to any competent court of law to swear to an affidavit to enable him to get a replacement from the issuing authority.”

“That I am the above-named persons and bonafide owner of the under-listed documents;

“That sometimes in January 2021, while on transit within Wuse Area, FCT– Abuja, I discovered that my original Certificate of Occupancy of plot NoKT 17522, GRA Katsina Estate; Certificate of Kaduna State Development Centre from 1994-95; Grade 11 Certificate from Katsina Teachers College from 1979-83 and First Leaving School Certificate issued by Masari Primary School Katsina State from 1972-78 got lost; that all efforts made to trace the documents proved abortive hence this affidavit.” 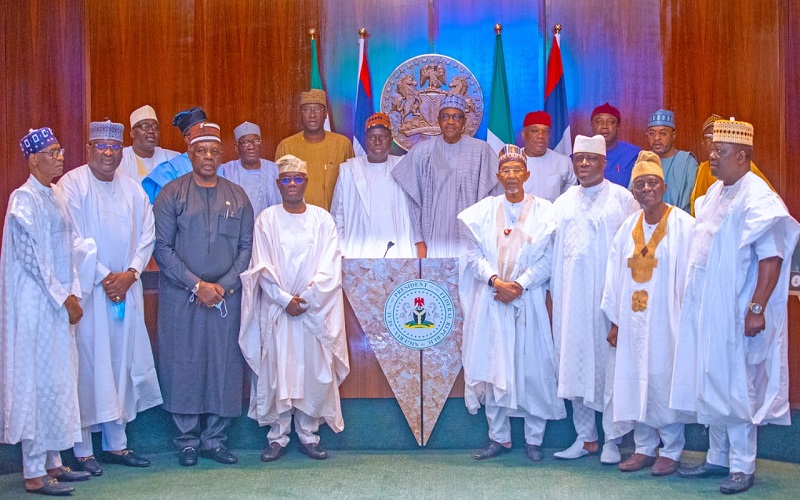 President Muhammadu Buhari on Tuesday met with some aggrieved senators from the All Progressives Congress following their inability to get return tickets to the National Assembly.

The meeting was in a move to stem the exodus of lawmakers from the party to other parties.

The upset senators including Smart Adeyemi were led by Senator Orji Uzor Kalu to the Presidential Villa, Abuja.

Buhari said he noted their concerns about the future of the ruling party but praised their efforts to find a solution.

He assured them that as the leader of the party, one of his roles is to create an environment for members to vent their grievances.

He said he had noted their concerns over the outcomes of the just concluded party primaries, the threat to the majority held by the APC in the National Assembly and its likely consequences to the fortunes of the party.

While pointing out that there must be a winner and loser in every contest, he revealed that he had been inundated with complaints about the primaries, assuring that he would continue to address the challenges through the party machinery.

He urged party members to exercise restraint, promising that justice would be done.

The President said, “I thank you for the decision to approach me with your concerns over the future of the party and for pursuing a solutions approach for the challenges thrown up by the recent election-related activities, particularly the Primaries.

“As the leader of the party, one of my primary roles is to ensure that our culture of internal democracy and dispute resolution is strengthened by creating the opportunity for members to ventilate their opinions, views and grievances at different levels.

“Notwithstanding the fact that we have accomplished 23 years of uninterrupted democratic governance, our journey is still in a nascent stage and we continue to learn from our challenges and mistakes.

“Similarly our party is still evolving in its culture and practice and it is my expectations and hope that we should attain a mature level in our internal conduct.

“I have noted your grievances particularly as it concerns the just concluded processes. The cost to the nation, the threat to the majority of positions held by our party in the legislative chambers and likely consequent causes to the electoral fortune of the party as we approach the general elections. We must not allow these dire threats to come to pass.

“I must acknowledge that in every contest there must be a level playing ground, just as there would be grievances at the end. That is the test of our democratic credentials, systems and practices.

“I have since the conclusion of the process been inundated with various reports and complaints. In keeping with our ethos therefore I shall continue to address the insuring challenges and grievances through the party machinery while paying keen attention to the outcomes.

“I must also remind you of the primary primacy of justice in all our actions if Justice is denied its outcome is usually unpleasant, this is because you the members keep the party running. I should add that as part of the policy of using the party machinery for effective resolutions of conflict, the chairman and some members of the national working committee visited the National Assembly recently to dialogue with our legislators.

“The leadership of the party is currently addressing the outcomes as part of the way forward. I am encouraging all party functionaries to adhere to the truth and to be fair to all parties in any dispute. This is important because our strength and victory in the election lie in the unity of the party in our ability to prevent or heal any injustice perceived unread.

“I urge you and all party members to exercise restraint and continue to demonstrate commitment to the ideals while we continue to build and develop the party and the country.

“Finally, Let me assure you that justice shall prevail, aggrieved members shall be assuaged in the interest of the party and the nation shall be protected.”

The leader of the delegation, Chief Whip of the Senate, Senator Kalu, said at least 22 senators and members of the party were unhappy with the outcome of the primaries in their states.

He said the legislators had made sacrifices for the growth of the party and democracy in the country, asking for the President’s intervention.