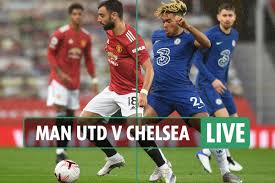 Manchester United and Chelsea ground out a drab goalless draw in the Old Trafford rain that will convince no-one either side will be challenging for the Premier League this season.

Chelsea will probably be happier with a point and might have had more if United skipper Harry Maguire had been punished for wrapping his arm around the throat of Cesar Azpilicueta as he defended a first-half corner.

Although they remain stuck in the bottom half of the table, United were at least able to avoid losing a third straight home league game at the start of the season for the first time since 1930.

In addition, they can also point to three good saves from Edouard Mendy, two to deny Marcus Rashford, including one in the final minute, and one where Bruno Fernandes was thwarted.

However, Chelsea’s biggest scare was Mendy passing the ball across his goal and out for a corner in the first half when trying to pass to Thiago Silva.

Neither Edinson Cavani, on his debut, nor Paul Pogba could change things in the home side’s favour after they were introduced as substitutes. Mason Greenwood was given the final eight minutes to make an impression – but did not.

After conceding three times in two of their previous three league games, today’s clean sheet, after denying Sevilla in similar fashion on Wednesday, does provide Chelsea with the kind of platform they have been lacking so far this season.

The return of Thiago Silva to anchor a three-man defence provided solidity. Yet it also seemed to cost Chelsea their edge in attack.

Too often Timo Werner and Christian Pulisic were left trying to take United’s defence on alone and rarely did the visitors mount concerted pressure around the United box, even though they dominated possession for long periods.

England defender Reece James looked their most inventive attacking threat with his forceful bursts down the right flank. However, his final ball was poor and United keeper David de Gea did not have to make a meaningful save.

Sixth place may look presentable for Frank Lampard’s men at the moment but they could slide down the league over the weekend and evidently, a large summer outlay is yet to pay dividends.

It has been another amazing week for Marcus Rashford.

After getting the Government to overturn its own policy on providing free school meals to children forced to stay home during the spring lockdown, the England striker responded to a lacklustre response to his request for half-term meals by summoning support from everywhere apart from Downing Street.

Even Liverpool manager Jurgen Klopp publicly backed Rashford, which considering the antipathy between their respective clubs is some going.

What Rashford does on the pitch is also important and this was a frustrating experience.

He was caught up in the general non-event of the first 25 minutes. On one United counter, he was screaming for a pass over the top from Juan Mata that he could chase beyond the Chelsea defence. Instead, the ball went sideways to Luke Shaw and was lost.

Mata did send Rashford through after Fernandes won possession inside the visitors’ half but Mendy denied him with a feet-first stop. By half-time, Rashford still looked in discomfort after he had gone down in pain after a tangle of legs with N’Golo Kante.

He recovered and after being moved to the left following the introduction of Cavani, remained a threat, with Azpilicueta blocking his low shot before Mendy kept out his final effort.

It was largely an evening of frustration, summed up as he smashed the ball away in irritation as the final whistle sounded.

Rare away clean sheet for Chelsea – the best of the stats

Manchester United have failed to win any of their first three home games to a league campaign for the first time since the 1972-73 season.

Chelsea have kept their first Premier League clean sheet outside of London since a goalless draw at Leicester on the final day of the 2018-19 season under Maurizio Sarri.

Manchester United are without a home league win in five games (D3 L2), their longest run without victory at Old Trafford since February 1990 (6 games).

Edouard Mendy became the first Chelsea goalkeeper to keep a clean sheet in both of his first two Premier League games for the club since Petr Cech in August 2004.

Mendy became the first Chelsea goalkeeper to keep a Premier League clean sheet at Old Trafford since Thibaut Courtois in December 2015, while he was the first to do so in his first such game at the ground for the Blues since Kevin Hitchcock in December 1994.

Despite playing just half of Chelsea’s six Premier League games this season, Ben Chilwell has created more chances than any other player for the Blues in the league this season (9).

Manchester United manager Ole Gunnar Solskjaer on BBC Match of the Day: “It was an even game. After a slow start, we grew into the game and played some decent stuff.

“We missed the crowd behind the goal there to suck the ball into the goal, which happens so many times at this place.

“There were good players at the other end of the pitch. Their keeper made some fantastic saves.

“The quality in the defending was very good. I’ve said all the time we have a squad full of good players and good characters but now it’s about kicking on after a poor start.”

On debutant Edinson Cavani: “He gives us something different to what we have of course. We now have a centre-forward who is different to the ones we already had.”

Chelsea manager Frank Lampard on BBC Match of the Day: “It’s a tight start to the season and I think this is just a continuation of that. It was in the final third where we lacked today but the clean sheet was a big plus for us.

“Sometimes we want to be flexible. We looked at Manchester United and we had games last season where we were the better team but lost to them on the counter-attack.”

On whether Cesar Azpilicueta should have been awarded a penalty, “Yeah, holding is allowed, but headlocks don’t go on. I don’t know why VAR didn’t take long and there’s also a monitor to look at. I think if the referee goes to the monitor he gives a penalty.”

Manchester United are next in action on Wednesday, 28 October, when they entertain RB Leipzig in the Champions League (20:00 GMT) and then host Arsenal in the Premier League on 1 November (16:30).

Chelsea travel to Russia to play FK Krasnodar in the Champions League on Wednesday (17:55). They visit Burnley in the Premier League on 31 October (15:00).

Related Topics:ChelseaEPLMan U
Up Next 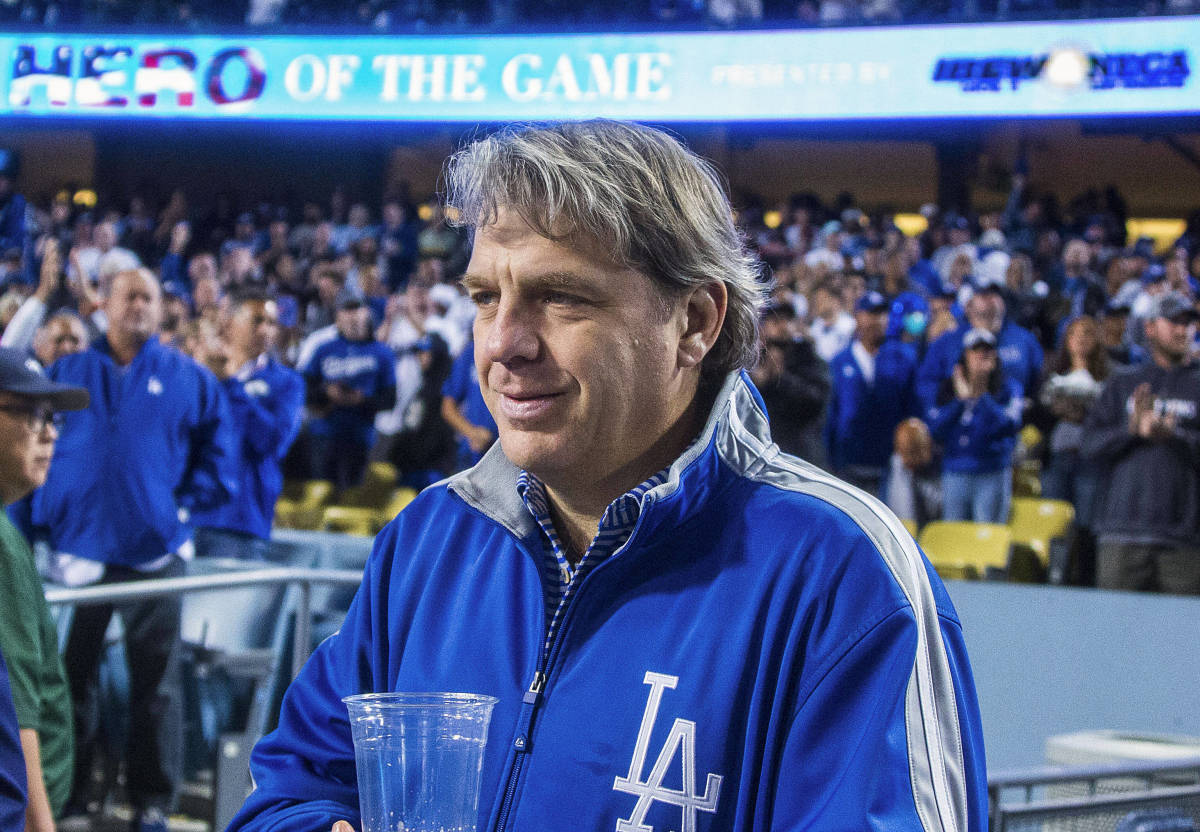 Chelsea football club has agreed to a £4.25bn ($5.2bn) sale term of the club to a consortium led by Todd Boehly, co-owner of the LA Dodgers baseball team.

The club was put up for sale before owner Roman Abramovich was sanctioned for his alleged links to Russian President Vladimir Putin following the invasion of Ukraine.

A Chelsea statement said the new owners will pay £2.5bn for the club’s shares. The proceeds will go into a frozen bank account to be donated to charity.

It was in 2019 when Boehly tried to buy the club off Roman Abramovich but a £2.2bn bid was rejected. This approach came shortly after Abramovich decided to withdraw his application for a UK visa and also amid halted progress on Stamford Bridge’s redevelopment.

The new consortium is led by Boehly but Clearlake Capital, a Californian private equity firm, will own a majority of the shares in Chelsea.

Other investors include US billionaire Mark Walter, also a co-owner of the LA Dodgers, and Swiss billionaire Hansjoerg Wyss.

BBC Sport reports the new owners have agreed to not sell a majority stake in the club until 2032 and have given assurances over dividends and debt.

The consortium said it will provide £1.75bn to invest in the Premier League club, including “investments in Stamford Bridge, the academy, the women’s team and Kingsmeadow and continued funding for the Chelsea Foundation”.

In the statement, Chelsea said the sale was expected to complete in late May. The takeover will require approval from the English football authorities and the UK government.

Chelsea are operating under a special licence from the UK government which ends on 31 May, but last month, Culture Secretary Nadine Dorries said the club were on “borrowed time” to complete the sale.

Any sale can only be signed off by the bidder passing the Premier League’s owners’ and directors’ test.

Todd Boehly was pictured with Chelsea fans outside Stamford Bridge on Friday. Also in the photo is former Chancellor George Osborne, whose firm has signed onto the Boehly bid in an advisory capacity.

Boehly, an American investor and businessman, has a reported net worth of $4.5bn (£3.6bn), according to Forbes.

He is a part owner of the Dodgers – a US baseball franchise – and US women’s basketball outfit the Los Angeles Sparks, and owns a stake in the renowned LA Lakers NBA franchise.

Other consortiums who had been in the running to buy Chelsea have been headed by Sir Martin Broughton and the co-owner of the Boston Celtics, Stephen Pagliuca, but they were told in late April that their bids were unsuccessful.

British billionaire Sir Jim Ratcliffe – majority shareholder of chemical group Ineos – made a late offer, but it arrived on 29 April, several weeks beyond the initial deadline for bids of 18 March.

Ratcliffe’s bid was dismissed but he said on 4 May that he was “not giving up”.

On Thursday, Abramovich said he has not asked for his £1.5bn loan to Chelsea to be repaid when the club is sold.

A spokesperson said Abramovich “remains committed” to making sure the proceeds from the sale “go to good causes”.