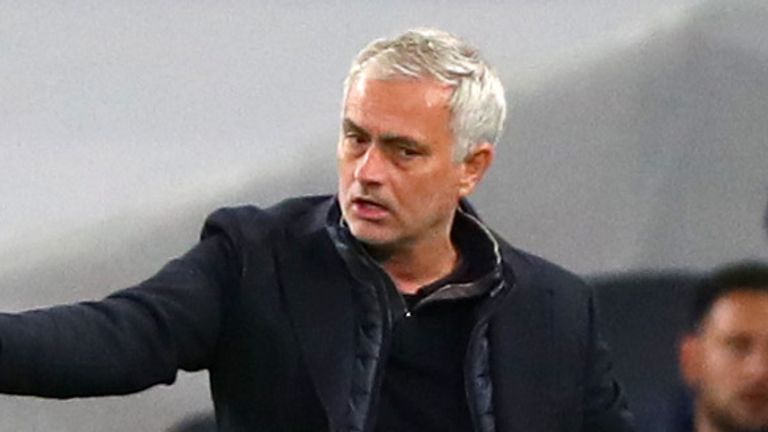 Tottenham manager Jose Mourinho has insisted he won everything he could at Manchester United given the circumstances with which he had to work.

Mourinho spent two and a half seasons in charge at Old Trafford before he was sacked in December 2018 and replaced by Ole Gunnar Solskjaer.

The Portuguese manager did bring home silverware during his stint with United, winning the Carabao Cup and Europa League in 2016-17, as well as the Community Shield in 2016.

Ahead of Tottenham’s match at Old Trafford against Man Utd on Sunday, Mourinho has said he couldn’t have done more during his time in charge of the Red Devils.

“The fans, they know that I gave everything that I could,” Mourinho said.

“Internally, lots of friends for life, lots of amazing people that I met in the club. I only have good feelings, feelings that I will have to forget in 90 minutes because for 90 minutes, they want to win, I want to win, that’s football.”

Mourinho has also insisted that he does not go to Old Trafford with any desire for revenge.

“Revenge? I won so many times at Old Trafford as Man Utd coach and as an opponent coach. Revenge for what? Nobody treated me badly there, everyone was so nice to me,” the Portuguese said.

Tottenham were boosted on Friday by the signing of striker Carlos Vinicius on a season-long loan deal from Benfica, with a £41 million ($53m) purchase option at the end of the season.

“For sure, we are not going to keep every player in the squad over normal numbers.

“I like to work normally with a squad of 22 players plus the keepers and we are not going to be far from that number.”