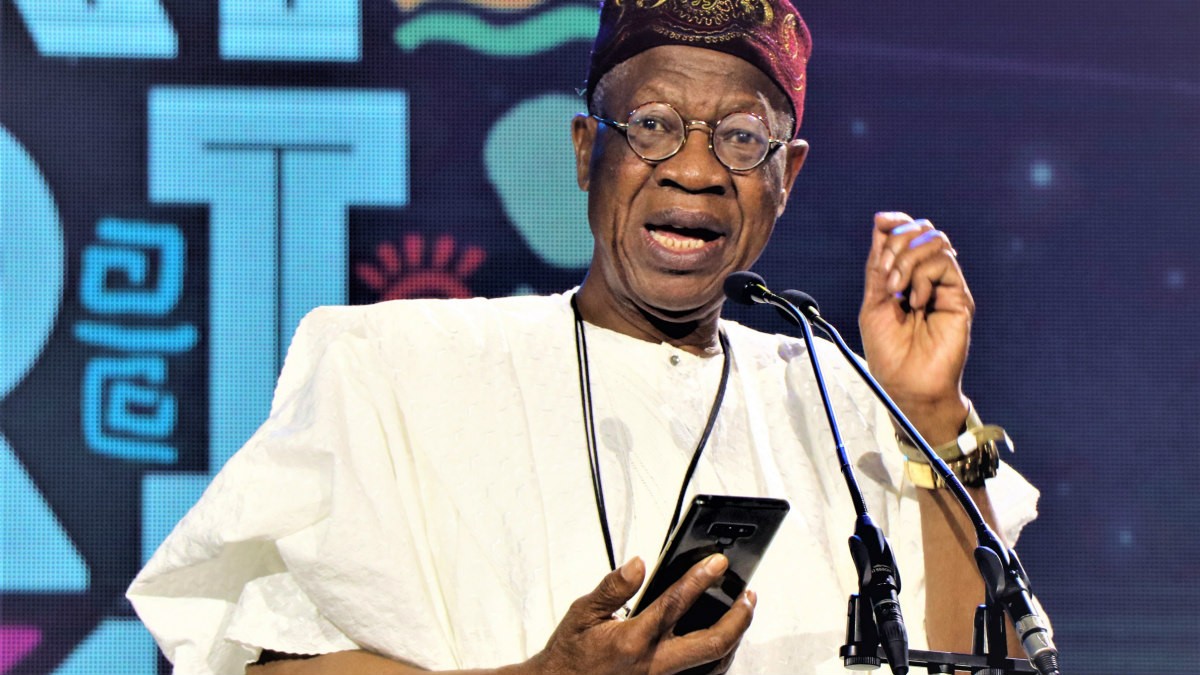 The Federal Government has petitioned the Cable News Network (CNN),  demanding an immediate investigation into its report on the recent Lekki tollgate incident.
The FG threatened to take a legal action if it failed to act on the petition.
In the petition addressed to Mr Jonathan Hawkins VP, Communications, CNN Centre Atlanta, Georgia US, the government said if the international media organisation failed to carry out its demand, it will “take any action within its laws’’ to prevent the CNN from aggravating the #EndSARS crisis.
The petition dated November 23, 2020 and signed by the Minister of Information and Culture, Alhaji Lai Mohammed, was made available to newsmen in Abuja.
It urged the network to determine the authenticity and conformity of the report to basic standards of journalism.
CNN in its report had alleged that it ”uncovered that Nigerian security forces opened fire on unarmed protesters” at the Lekki tollgate in Lagos, during the #EndSARS protest.
The report entitled ‘How a Bloody Night of Bullets Quashed a Young Protest Movement’ was aired on November 18 by the international news organisation.
The petition read in part,
“We write to put on record that the report did not just fall short of journalistic standards; it reinforces the disinformation that is going around on the issue.
“It is blatantly irresponsible and it is a poor piece of journalistic work by a reputable international news
organization.
“In the first instance, the report did not live up to the most basic of the core principles of journalism – balance and fairness.’’
It said the CNN failed to exhibit the journalism ethic of balance and fairness in the report but slanted the story to favour the reporter’s desired conclusion.
It stated, “Rushing to air such a momentous story without presenting the government’s side is inexcusable and indefensible.
“CNN said it contacted over 100 protesters and family members, but did not speak to one official of Nigeria’s federal government.
“While CNN said there was no response from the army and that officials of Lagos State would not speak in view of the Judicial Panel that is investigating the matter, it did not say what effort it made to speak with any official of the federal government.
“The truth is that CNN did not even attempt to reach the federal government.
“Nima Elbagir, who presented the report and most probably led the investigation, is conversant with the Minister of Information and Culture, who is also the spokesman for the Federal Government of Nigeria, yet did not say that she even tried to reach the minister.
“It is therefore strange, to say the least, that she would rush to air such an important ‘investigation’ report without getting the government’s side.’’
The minister claimed the CNN was not present at the Lekki tollgate on the night of the incident but relied heavily on unverified footages it harvested from social media.
He said the government was baffled by the CNN position that it stood by its story and ”our reporting was carefully and meticulously researched” despite all evidence to the contrary.
Mohammed said DJ Switch; one of CNN’s star eyewitnesses in its ‘investigative’ reporting, is not credible because her story on the Lekki tollgate shooting has changed several times.
Related Topics:#EndSARSCNNFederal GovernmentLai MohammedNigeria
Up Next