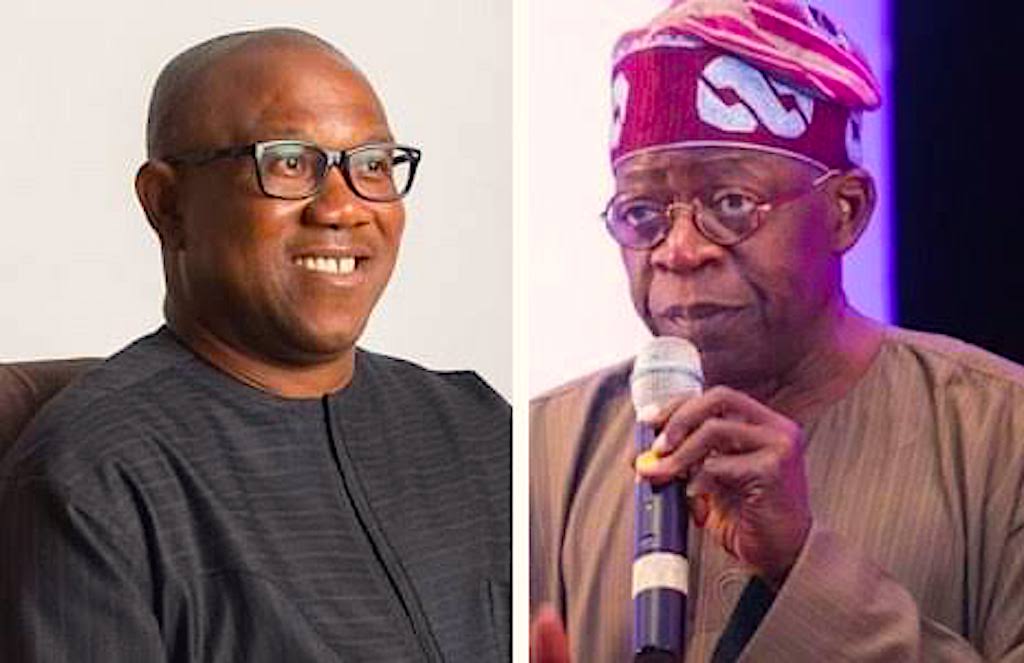 The Presidential candidates of Mr. Peter Obi of the Labour Party and Asiwaju Bola Tinubu of the All Progressives Congress, APC, have created parameters among members of the Peoples Democratic Party, PDP, and the APC in Enugu state.

While a 2023 PDP, Governorship Aspirant in the state, Denge Dr. Josef Umunnakwe Onoh said he will remain in PDP and campaign for the Tinubu Presidency in APC, a 2019 presidential aspirant in APC, Dr. SKC Ogbonnia washed his hands off Tinubu and has pinched tent with Obi in the Labour Party, even while he remains in the APC.

Both Onoh and Ogbonnia are credible politicians from Enugu state with respective followership in their different political parties.

Disclosing his preference for Tinubu against Obi, Onoh said that Tinubu has been tested and delivered creditably in Lagos state, adding that age was no barrier, just as Tinubu’s running in a Muslim/Muslim ticket was not of any qualms to him.

According to Onoh, in addition to Tinubu’s tested performance, his insistence on the former Lagos state Governor is anchored on the Southern Nigeria leaders, particularly the Southern Governors, which comprised of both PDP and APC governors, who met in Asaba, Enugu and Lagos, respectively, where they insisted that the next president of Nigeria, come 2023, must emerge from the southern part of Nigeria.

“Tinubu introduced Digital Economy to governance through Lagos Tax Administration, created 37 Local Government Council Development Areas (LCDAs) which is a major part of restructuring that many are only clamoring for now. He started Telecommunication revolution in Nigeria through Econet; he was the first politician to start Economic Summit, pioneered the Treasury Single Account (TSA), started the Independent Power Project in partnership with Enron in Lagos state and was the first Governor to involve Nigerians from other states to work and become officials of Lagos state government,” Onoh of the PDP recalled.

But the APC-affiliated Ogbonnia rather took a swipe against Tinubu, stating that Peter Obi of the Labour Party was the face of democratic revolution whose time has come in Nigeria.

According to Ogbonnia, “Though I remain a member of the APC, I must not support its presidential candidate in the 2023 elections, Mr. Bola Ahmed Tinubu. The decision to endorse the candidate of an opposition party did not come easy. But there comes a time to say enough is enough.

Ogbonnia said that his first disdain for Tinubu was that neither fellow party members nor ordinary Nigerians can claim to know who Ahmed Tinubu truly is.

“Everything about the man is shady—from his name, state of origin, the schools attended, certificates received; his record in America to his true source of income, let alone any true intention of seeking the presidency, apart from an arrogant claim that it is his turn to rule Nigeria.

“Besides the shady background, a series of events also show that Tinubu does not have any good sense of equity, justice, fairness, and patriotism – virtues he claims to promote. The truth is that Bola Ahmed Tinubu is even more insensitive about the Nigerian state and her problems than President Muhammadu Buhari. Further, it is a common knowledge that the APC National Leader no longer possesses the physical fitness to explore the Nigerian presidency, but it has equally become very apparent that he no longer has the mental capacity.

“I have a conscience. In Peter Obi, I see a true detribalized Nigerian like myself, who is committed to real change. I see a generational visionary who is truly passionate and committed to rescue the country from total collapse and reposition her for greatness.  In Dr. Yusuf Datti Baba-Ahmed, the Labour Party vice-presidential candidate, I see hope for the future.

“In Obi/Baba-Ahmed ticket, I see intellect, character, competence, and capacity; I see integrity and humility. I see patriotism; I see dynamism. I see enviable and verifiable track-record; I see attainable visions; I see hope for the Nigeria of our founding dreams; I see a democratic revolution whose time has come. This move is consistent with my politics. I never allow the mere exigencies of ethnicity, religion, or party affiliation to becloud my judgment. As a member of the National Republican Convention (NRC), I crossed party lines to campaign for MKO Abiola, the flagbearer for the Social Democratic Party (SDP). I saw Abiola as a better candidate than the candidate of my party, Bashir Tofa,” Ogbonnia said.

Explaining further, Ogbonnia said that if the truth is told, no conscious and well-meaning Nigerian would wish for an extension of the current national government under APC which Tinubu roundly endorses.  He said that the party had far better and younger candidates to fly its presidential ticket but chose to settle for the highest bidder in the ageless Tinubu.

2023: INEC Yet To Decide Fate Of Multiple Registrants As CVR Ends