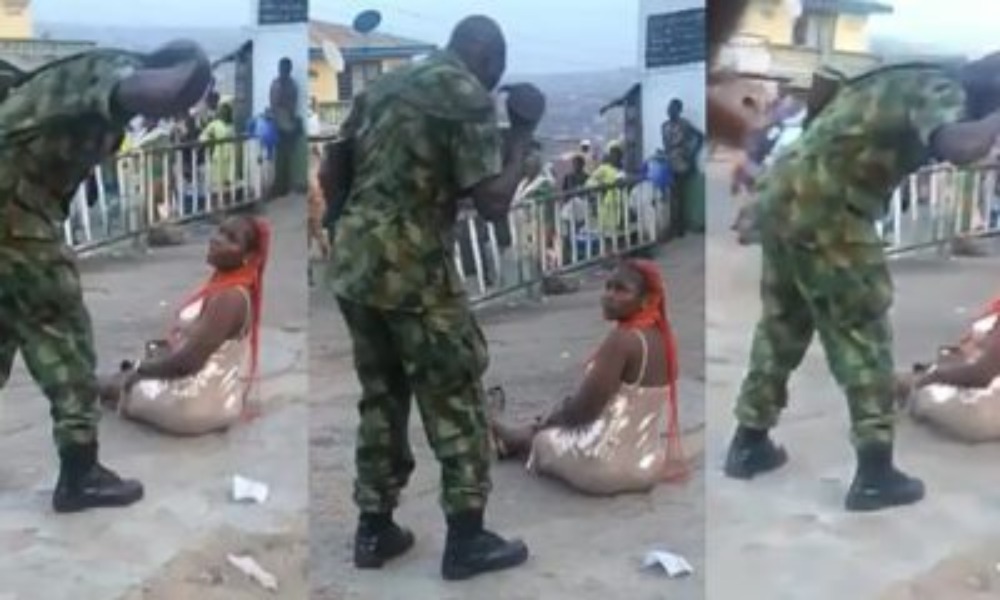 The Oyo State security outfit, Operation Burst, said on Monday that it had arrested some of its personnel for allegedly assaulting a lady in the Beere area of Ibadan.

The lady was alleged to have been beaten by some soldiers attached to the security team over allegation of ‘indecent dressing.’

Footage showing the assault on the lady, whose identity has yet to be ascertained, went viral last weekend.

In the viral video, officials of the outfit were seen using horsewhip on her in the full glare of residents of Beere.

Residents of the area alleged that the officials of the outfit had been terrorising them on flimsy excuses in the aftermath of the #EndSARS protest that was reportedly hijacked by hoodlums.

During a programme tagged: Fresh FM Situation Room on Fresh 105.9 FM on Monday, the Commander, Operation Burst, Captain Usolo, apologised to the families of those assaulted by personnel of the outfit.

The Commissioner for Youth and Sports in the state, Mr Seun Fakorede, said, “My ears are full with news of the unlawful activities of some soldiers of the Nigerian Army. I reached out to the Commandant of the Operation Burst and I have been assured that the men involved in this distasteful operation have been arrested and taken to the barracks. They will be dealt with accordingly.”

Some of the soldiers, who were chanting ‘End SARS’, also shaved the heads of some youths said to be wearing improper hairstyles.

In a viral video, a young lady wearing a camisole and orange attachment was made to sit on the bare floor at a filling station, while a soldier whipped her buttocks.

The lady begged the soldier repeatedly, but the adamant soldier asked her not to protect her buttocks as he continued to whip her.

A young man, whose head was shaved, narrated how he was pulled down from a commercial motorcycle by one of the soldiers.

Speaking in Yoruba, he said, “I was on a motorcycle with my friends around Beere when I was stopped by soldiers. They said they wanted to see us. I was wondering what I had done because I wasn’t in possession of any weapon and I am not a fraudster.

“They said I should take off my cap and when I did, they flogged me and asked me to kneel down. When I asked what my crime was, one of them ordered me to sit down and then brought out a pair of scissors from his pocket.

“The funny thing was that they collected money from us for the haircut.”

Soldiers deployed in the streets to curb protests have been caught on camera perpetrating several acts of human rights abuse.

Last week, some men of the Nigerian Air Force in Osun State were seen flogging civilians after ordering them to lie face down in mud.

The air force claimed to have arrested them but such cases are usually buried.