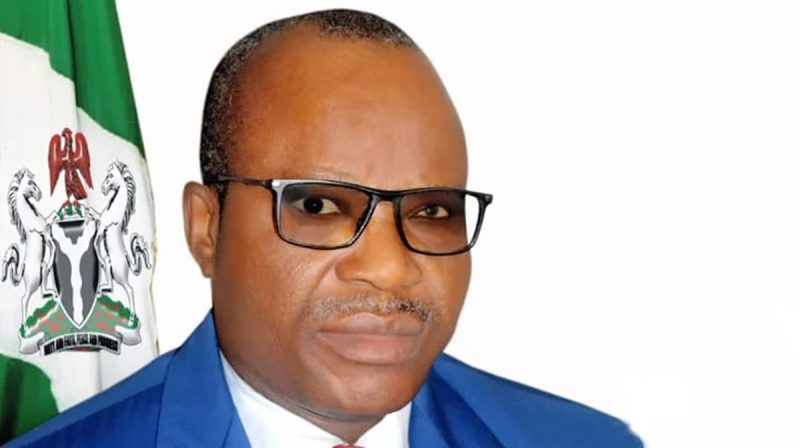 The Office of the Auditor-General of the Federation has queried the Federal Ministry of Agriculture for spending a total sum of N3.809bn on the suspended Rural Grazing Area scheme without a presidential approval or National Assembly appropriation.

The query is part of the eight audit queries issued against the ministry in the ‘Auditor-General for the Federation’s Annual Report on Non-Compliance/Internal Control Weaknesses Issues in Ministries, Departments and Agencies of the Federal Government of Nigeria for the Year Ended 31st December, 2019.’

The Acting Auditor-General of the Federation, Adolphus Aghughu, presented the report to the Clerk to the National Assembly, Ojo Amos, on September 15, 2021, while the Senate and House Committees on Public Accounts commenced investigation into the queries.

The Federal Government had introduced the RUGA scheme in May 2019 but was forced to suspend it in the July of the same year due to the wide criticisms that trailed it.

According to the OAuGF, the ministry, in violation of the presidential directive suspending the scheme, allegedly initiated and paid out N3.433bn without due process.

The query read in part, “Ninety-five (95) payment vouchers were raised and paid from RUGA Intervention Fund between 1st August, 2019, and13th September, 2019, totaling N3,433,984,692.66, and the above payments were initiated and paid without due process after the Presidential directive suspending the RUGA project.”

The ministry also paid out an additional N375,785,893.75 to some individuals and corporate organisations from the RUGA Intervention Fund through 13 payment vouchers without approval, according to the Auditor-General.

According to the report, the payments include N202.7m and N160m paid for transportation and other expenses in support of victims of banditry in Zamfara State, and advance payment meant for sensitisation and advocacy visits to the Governor of the state, respectively.

The report quoted the ministry’s management to have said, “The action is regretted and is also being investigated.”

The office, however, blamed the two expenditures on weaknesses in the internal control system at the Federal Ministry of Agriculture and Rural Development.

The Auditor-General consequently recommended that the withdrawals from the RUGA Intervention Fund be refunded to the Federal Government’s coffers as they were in breach of the extant laws and the financial regulations of the country.

The report also indicted the ministry over extra-budgetary spending of about N48.425bn on contractual liabilities, adding that despite a budgetary release of N98,044,134,611, representing 99.07 per cent of its 2018 capital allocation, the ministry did not take necessary actions to pay eligible contractors, which led to an outstanding contract liability of N48.425bn.

The office also accused the ministry of misappropriating the sum of N7.737bn first quarter capital allocation while paying for the 2018 capital projects, which was fully funded and released.

The query read in part, “There were no acceptable justifications for utilising 2019 1st quarter capital release to pay for 2018projects.”

The Auditor-General, therefore, demanded that the Permanent Secretary of the ministry be asked to give valid reasons for paying for projects fully funded from 2019 releases.

The office also demanded that the money be recovered and returned to government coffers with evidence forwarded to the Public Accounts Committees of the National Assembly or be sanctioned in accordance with financial regulations.

The report further alleged that the ministry paid Value Added Tax of N24,799,539.17 directly to contractors in violation to Paragraph 234 (ii) of the Financial Regulations (2009) which states that, ‘Any loss of government revenue through direct payment of VAT and WHT to contractor or failure to provide for VAT and WHT due and remitting same to the Federal Inland Revenue Service by any ministry/extra-ministerial department shall be recovered from the statutory allocation of the defaulting ministry/extra ministerial office and other arms of government.’

The Auditor-General further indicted the ministry for allegedly violating the Federal Government’s e-payment policy as contained in the government’s E-payment Circular Ref. No. TRY/A8/B8/2008 dated October 22, 2008.

The office said the ministry paid N700,179,314.37to persons other than the direct beneficiaries of such payments through eight payment vouchers, adding that the ministry’s response to the expenditure was that “direct payment could not be made to beneficiaries because they were yet to be enrolled on the GIFMIS Platform; however, efforts are ongoing to conclude the enrollment process.”

The report also accused the ministry of failure to deduct and remit Withholding Tax and Value Added Tax of N8,886,291.47 from two contractors to relevant tax authorities as required by extant regulations.