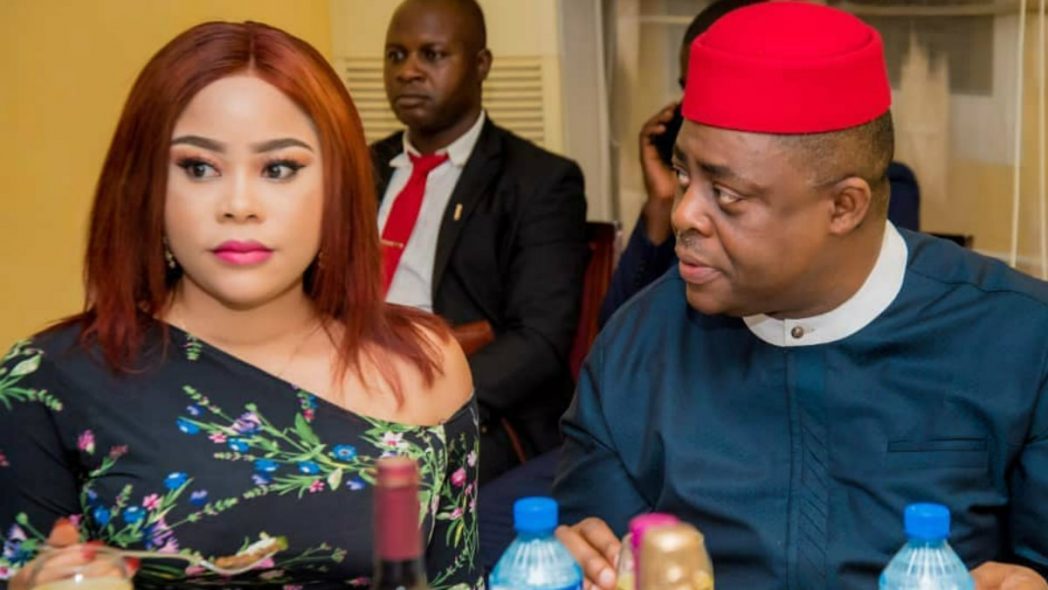 Ms Precious Chikwendu, the estranged wife of the former Minister of Aviation, Chief Femi Fani-Kayode, has approached the Federal High Court in Abuja to secure a restraining order against him.

She is praying the court to restrain her former husband from using the other Respondents to intimidate or harass her in any form whatsoever, pending the hearing and determination of an earlier suit marked No CV/372/2021, which she filed to take custody of four children she had for the former Minister.

Aside from seeking the enforcement of her fundamental rights, the Applicant, equally prayed the court to award her the sum of N800million, to be paid by the Respondents, jointly and severally.

Chikwendu told the court that she is apprehensive of an imminent violation of her fundamental rights in the actualization of threats to her life by the erstwhile Minister and in the face of the refusal of the 1st to the 3rd Respondents (IGP, DIG Force CID and CP FCT) to investigate her genuine petitions of threat to life against the 5th respondent (Fani-Kayode).

She is seeking a declaration that an invitation letter dated March 10, 2021, which was written by the 4th Respondent (Idachaba) amounts to a rise by the 5th Respondent in cahoots with the 1st to 4th respondents, to stultify and interpose in Suit No CV/372/2021 and to orchestrate a contravention of her fundamental rights as enshrined in Part IV of the Constitution of the Federal Republic of Nigeria 1999(as amended) by imminent unlawful harassment by invitation, interrogation, molestation and detention.

More so, the Applicant prayed the court to declare that she is not bound to honour the invitation of the 1st to 4th Respondents in relation to a purported conspiracy and forgery of court records during the pendency of the suit between her and the 5th Respondent (Fani-Kayode).

In an affidavit she personally deposed to in support of the application, Chikwendu, averred; “That I was in a most tempestuous and violent relationship with the 5th respondent (Fani-Kayode), a qualified legal practitioner, a politician and a former Minister of the Federal Republic of Nigeria.

“The 5th respondent and I have four (4) children together and I am forcefully separated from our children who are all minors.

“Consequent upon the unbridled violence perpetrated against me by the 5th respondent and the forceful separation from our children, I filled a suit in the High Court of the Federal Capital Territory, Abuja with suit no CV/372/2021.

“Rather than allow the contending matters placed before the FCT High Court to be determined by the Honorable Court, the 5th respondent has persisted in using the police officers under the control of the 1st respondent( IGP) and supervised by the 2nd respondent (Commissioner of Police FCT) incessantly to intimidate and harass me with a view to interfering in the adjudicatory powers of a competent court of justice.

“That the 5th respondent, in cahoots with his counsel, being legal practitioners and officers of the court contrived a purported petition against me alleging forgery and falsification of court records in relation to the matter pending before the FCT High Court”.

The Applicant stated that she is fearful of her life, alleging that the 5th Respondent had been bragging that he could do anything to her and nothing would happen, adding

She told the court that in spite of several petitions she wrote to the 1st Respondent (IGP) alleging threats to her life by the 5th Respondent, he refused to act on the petitions.

The Applicant said she had also petitioned the Commissioner of Police FCT, alleging threats to her life by the 5th Respondent and that the Commissioner has refused to act on her petition, thus prompting her to approach the court to enforce her fundamental rights.