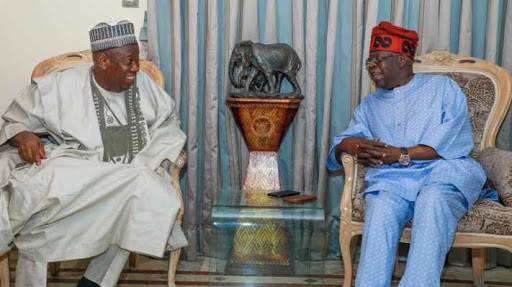 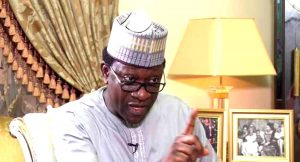 Kano State Governor, Abdullahi Ganduje, has commenced moves to stop the defection of Abdulmumin Jibrin, former House of Representatives member, from the All Progressives Congress (APC).

Jibrin said on Saturday that he was going to announce his new political party, adding that he had done his best for the APC.

The former lawmaker is the director-general of Tinubu support group.

A statement on Sunday by the APC Chairman, Abdullahi Abbas, said Ganduje had asked that the crisis among those seeking to represent Kiru/Bebeji federal constituency be resolved.

“Governor Abdullahi Umar Ganduje of Kano State has directed the state secretariat of the All Progressives Congress to immediately take measures for the amicable resolution of the internal differences arising from interested parties seeking nomination to contest election into the Kiru/Bebeji federal constituency,” Abbas said.

“To this end, the party secretariat has complied and summoned a stakeholder meeting to discuss the situation in the constituency.

“An invitation has been sent to all the aspiring candidates for the position.

“Abdulmumin Jibrin Kofa has already accepted the proposal and is ready to attend the meeting.”

The chairman said stakeholders should cooperate with the party in order to resolve the issues among the hopefuls.

2023: No Igbo Man Contesting Presidency, They Are All Eyeing VP Slot – MASSOB Leader