Barely days after news of the gruesome killing of Hanifa Abubakar spread like a wildfire, Governor Abdullahi Ganduje of Kano State, yesterday, confirmed the killing of another teenage girl, Zuwaira Gambo, in the state.

Ganduje revealed this when he received the Executive Secretary of the National Human Rights Commission, NHRC, Mr Tony Ojukwu, represented by the Federal Commissioner of the commission, Abubakar Muhammad (General), on a condolence visit to the governor over the death of little Hanifa.

The governor in a statement by his Chief Press Secretary, Abba Anwar, said security agents had already trailed and arrested the culprit, who murdered Zuwaira

According to him, “There is another case of one Zuwaira Gambo, 12 years old, who was also murdered. We got the culprit as security agents trailed him and arrested him.

“The case is also going hand in hand with that of Hanifa. And we are committed to seeing that justice is done.”

The governor applauded the commission for identifying with the state, saying: “We are glad for your special concern over the sad incident. As we remain in synergy with you over this tragedy we shall follow it up to its logical conclusion.”

Earlier, the NHRC Executive Secretary, Ojukwu, represented by the Federal Commissioner of the Commission, Abubakar Muhammad (General), condemned the gruesome murder of little Hanifa Abubakar, describing the act as barbaric.

He equally commended the governor over his quick response to the gruesome murder of Hanifa Abubakar Abba, a five-year-old pupil, who was kidnapped and killed by her teacher. 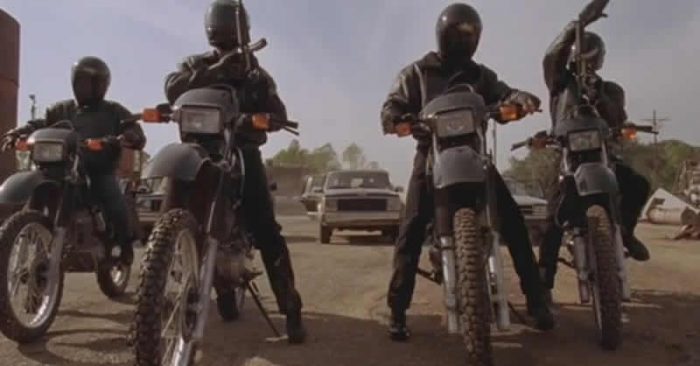 The Katsina State Police Command has confirmed that terrorists in the early morning of Tuesday, killed twelve people at Gakurdi village, in Jibia Local Government Area of the state.

The terrorists were also said to have burnt some farmlands belonging to the residents of the village during the attack.

It was learnt that the terrorists arrived in the village on four motorcycles and started shooting indiscriminately.

The situation reportedly caused panic in the village, the development which made residents scamper for safety.

The Spokesman for the police command, SP Gambo Isah, who confirmed the development, said some villagers who attempted to escape into their farmlands were also killed by the terrorists.

He said the Commissioner of Police, Idris Dabban, led a team of security operatives including himself to the village for an on-the-spot assessment of the incident.

He added that security operatives were already on top of the situation.

Isah said, “The incident is true. The bandits were at the village this (Tuesday) morning and killed twelve villagers. Some of those killed included those attempting to escape to their farmlands. The Commissioner of Police had led a team of security operatives to the village this morning.”

Meanwhile, independent sources said the terrorists also rustled some unspecified numbers of domestic animals from a nearby Danye Gaba village before escaping to the forests. 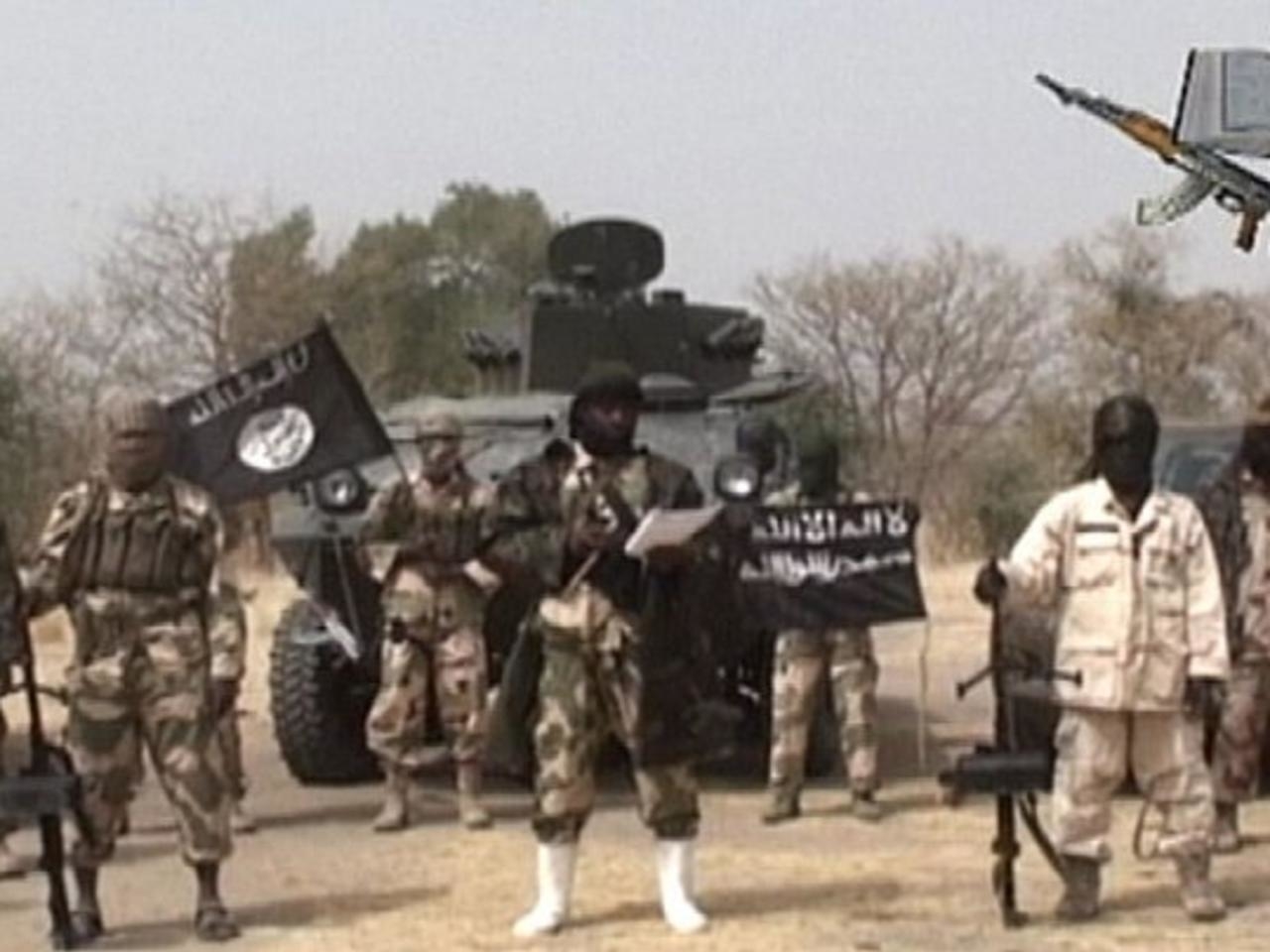 This is even as local hunters ambushed hideouts of terrorists in Wanori village of Konduga Local Government Area of the state and killed two terrorists, while several others sustained various degrees of injuries, after recovering 11 wheelbarrows used in looting foodstuff by the terrorists.

Kala Balge is a border town with the Cameroun Republic with a poor telecommunications network which delayed the Information on the latest massacre of farmers.

Sources said, the insurgents armed with sophisticated weapons sneaked into the farms and started killing farmers one after the other, but confirming the incident, member house of representative, Kala Balge, Bama and Ngala federal constituency, Hon Dr Zainab Gimba told Vanguard that the victims were mostly not farmers, but scavengers who went outside the community to fend for themselves before they were ambushed by the terrorists.

“Over 50 people were buried in Rann on Monday. As of this morning, more dead bodies have been found; the death toll is over 60 now.” Said a farmer, Ali Isa who escaped unhurt.

Recall that Boko Haram has increasingly targeted farmers, herders and loggers, accusing them of spying and passing information to the Nigerian military.

They have also been raiding herding communities and stealing cattle, a valuable commodity in the region to fund their operations.

In 2020, the insurgents invaded a rice plantation in Zabarmari, a community in the Jere Local Government Area, killing at least 43 farmers.

When contacted for confirmation, the Police Commissioner, Abdu Umar told Vanguard that, he is yet to get details on the incident, even as he promised to furnish the press when he gets in touch with the Divisional Police Officer, DPO of Kala Balge.

But the member House of representative (Kala Balge, Bama and Ngala) federal Constituency, Hon Zainab Gimba had earlier confirmed the incident to our Correspondent in Maiduguri said, “My people who are mostly Internally Displaced Persons, IDPs, went outside their camps to scavenge for what they will eat.

“There were about 40 of them, and in the process, some armed Boko Haram terrorists ambushed them, the terrorists selected 35 of their victims, tight their hands and legs and shot all of them dead, while the other five who were freed are old women and children”. Gimba lamented.

In a related development, resilient hunters led by their Chairman, Mai Kyari stormed Boko Haram hideouts in Wanori village of Konduga Council area and killed two terrorists, with injuring about 20 others, after recovering their wheelbarrows used for looting foodstuff and livestock.

It was gathered that the insurgents have been terrorizing the community for a long time by looting their fruits such as mangoes, cashew and cassava tubers.

But acting on intelligence, the leader of the hunters in Wanori, Mallam Kyari notified the overall Chairman of Hunters in Borno, Mai Gana Mai Durma, who gave them the matching order to confront the terrorists.

According to Kyari, he mobilized his men to the hideouts of the terrorists and engaged them in a fierce battle which led to the successes recorded against the terrorists.

“We received credible information on the hideouts of Boko Haram sect who have been terrorizing our community in recent times, they usually invade and loot foodstuff and livestock.

“I quickly mobilized my team to their hideouts and we overwhelmed them by killing two of them and recovered 11 wheel Barrows they normally use in looting our properties and farm produce”. Kyari stated.

Meanwhile, the immediate past Commissioner for Intergovernmental Affairs and Special Duties to Governor Babagana Zulum, Engineer Kabir Mohammed Wanori who hail from the village (Wanori) have since visited the community for solidarity to the hunters, where he gave out some token as support to boost their morale in the fight against Boko Haram. 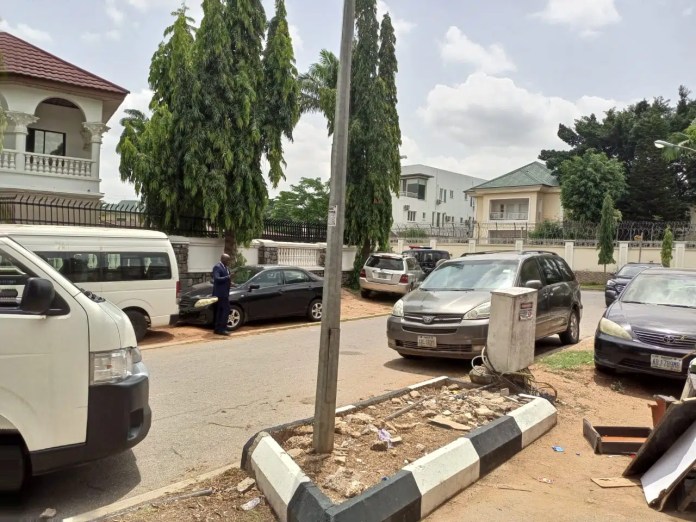 Operatives of the Economic and Financial Crimes Commission (EFCC) have surrounded the Abuja residence of a former governor of Imo State, Rochas Okorocha.

Our correspondent, who is currently at the residence, also observed the presence of armed personnel of the Nigeria Police Force.

A source at the anti-graft agency said on Tuesday Okorocha has been snubbing several invitations extended to him over alleged corruption against him.

The spokesman for the EFCC, Wilson Uwujaren, has yet to respond to several phone calls by our correspondent.

In January, the anti-graft agency had charged the senator with allegations he conspired with others to steal N2.9 billion from public coffers.

EFCC filed the charges at the Federal High Court, Abuja.

The charges were filed about the same time Okorocha declared his intention to run for the office of the president in 2023.