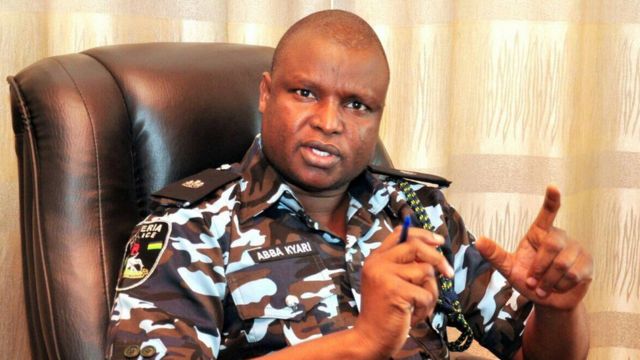 The embattled Deputy Commissioner of Police, Abba Kyari, has accused members of the Indigenous People of Biafra (IPOB) and Eastern Security Network (ESN) of being behind his travails.

Kyari said this when he appeared before a probe panel led by Joseph Egbunike, a Deputy Inspector-General of Police (DIG) at the Force Headquarters, Abuja, according to a report obtained by Daily Trust.

In a report submitted by the panel to the Inspector-General of Police, Usman Baba, which was in turn forwarded to the Police Service Commission (PSC), Kyari said the outlawed IPOB and its armed wing were after him due to the onslaught launched against them in the South East.

Kyari, who did not deny violating social media rules of the Nigeria Police Force (NPF), was berated by the panel for the fact that the officer had been warned against the same practice previously.

“It is a campaign to smear his reputation by members of IPOB/ESN who vowed to destroy him, due to his onslaught against them in the South East,” the embattled ‘super cop’ was quoted to have said in the report.

Efforts to reach the Police Service Commission to find out whether it jettisoned the report on Kyari proved abortive.

Several calls made across to the mobile phone of the commission’s spokesman, Ikechukwu Ani, were unanswered. He also did he respond to a text message sent to him.

Similarly, the acting spokesman of the Nigeria Police Force, Muyiwa Adejobi, did not answer calls nor responded to text messages when Daily Trust sought clarifications on the allegations that the force wants to protect Kyari.

Meanwhile, the Inspector-General of Police and members of the Force Management Team, on Wednesday visited the Chief Justice of Nigeria, Justice Ibrahim Tanko Muhammad, in his office at the Supreme Court of Nigeria, Abuja.

The reason for his visit, according to a senior officer, was not unconnected with Kyari’s case but the Force in a statement said the visit was aimed at solidifying the synergy between the Police and the Judiciary as key players in the Criminal Justice System of the nation with a view to ensuring a smooth and efficient dispensation of justice.