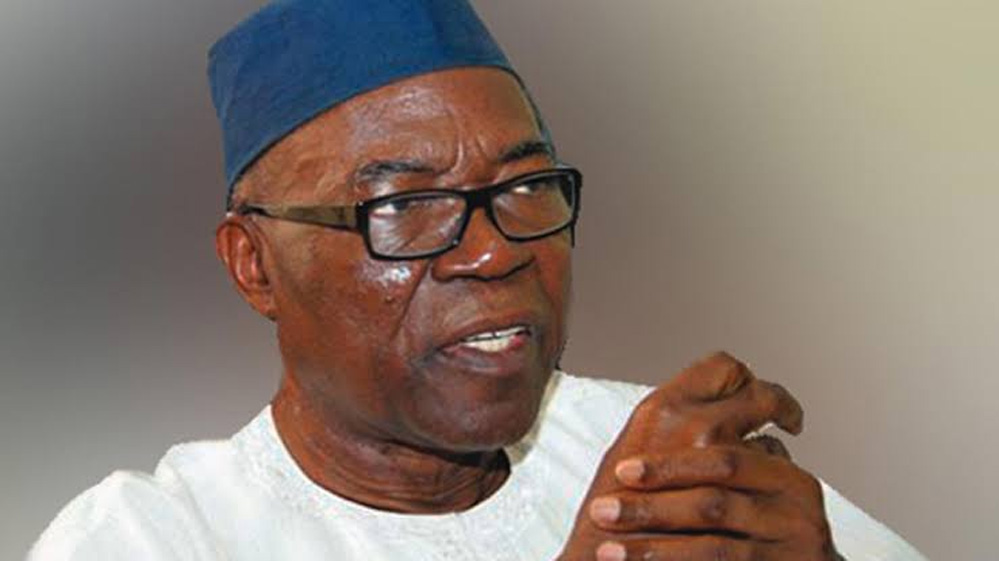 The money was transferred into the island’s Standard Chartered Bank accounts between the 1980s and 1990s by Mr Useni, though in a false identity, when he was in Nigeria’s military service.

The government of Jersey has indicated willingness to repatriate nearly £2 million forfeited by ex-general and politician Jeremiah Useni to Nigeria based on an existing agreement decided in 2020 in connection with recovered funds linked to the Abacha regime.

On Thursday, the Royal Court in Jersey, a British crown dependency, ordered the forfeiture of the funds totalling £1.9 million. The money was transferred into the island’s Standard Chartered Bank accounts between the 1980s and 1990s by Mr Useni, though in a false identity, when he was in Nigeria’s military service.

“I will explore with the Government of the Federal Republic of Nigeria how to return these forfeited assets to the people of Nigeria,” said Jersey’s Attorney General Mark Temple in a statement on the government’s website.

“However, there is an existing framework for the return of funds to Nigeria linked to the Abacha regime which was successfully established with the Governments of Nigeria and the United States in relation to the return of over US$300 million of the assets of Doraville Properties Corporation.”

The said tripartite assets recovery deal was agreed upon in February 2020 to facilitate the process of the return and use of recovered Abacha loots, more than $300 million in the particular instance, hidden in Jersey to Nigeria.

Nigeria then committed to using the money to expedite the construction of three major infrastructure projects, namely the Lagos-Ibadan Expressway, Abuja-Kano Road, and the Second Niger Bridge.

Earlier in 2003, more than $160 million in Abacha-linked stolen assets, recovered from Atiku Bagudu, now governor of Nigeria’s northwestern Kebbi State and ally of President Muhammadu Buhari, was returned to Nigeria.

Mr Useni, 79, an ally of late kleptocrat Sani Abacha and former Minister for the Federal Capital Territory, opened the Jersey accounts under the false name “Tim Shani”. That bears similarity with two of the nine assets linked to him and targeted for seizure by the government of President Olusegun Obasanjo in 2003, namely Tim Tali Motels, Langtang, and Tim Tali Farms Gwagwalada.

The Obasanjo administration was unable to realise the seizure of the targeted assets, which investigators said were derived from illicit sources after Mr Useni went to court despite having already agreed to forfeit five of the assets.

In Jersey, he only disclosed his true identity and ownership of the funds in 2007 after a certified copy of his passport was requested in line with new anti-money laundering rules and his failure to move the funds to Nigeria.

Through his Jersey-based lawyer, Mr Useni reportedly said he used non-existent “Tim Shani” to open the accounts for “security” reasons due to the instability in Nigeria and that he derived his wealth and funds from gifts and multiple businesses, including real estate, farming, hospitality, and personal savings.

However, Jersey’s Attorney General, Mr Temple, argued that “the accounts were created to hold and conceal bribes, or other proceeds of corruption, received by Lieutenant General Useni during the period he held high political office in the Abacha regime.

“The payments into the accounts were received by Lieutenant General Useni for the purposes or on account of, exercising political influence over the award of lucrative contracts to foreign and Nigerian companies for the supply of industrial or commercial services in Nigeria and therefore represented tainted property liable to be forfeited under the 2018 Forfeiture Law.”

The Jersey court agreed with Mr Temple and ordered the dirty funds brought to the island be seized. The judgment is open to appeal.

Mr Useni did not answer calls by PREMIUM TIMES and has not replied to a text seeking his comment.