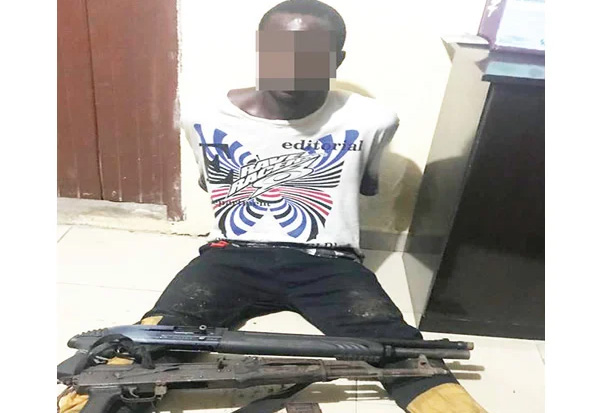 The Delta State Police Command has rescued a 63-year-old woman abducted by suspected kidnappers in the Ughelli area of the state.

PUNCH Metro gathered that the victim was rescued on November 30 following information received from a motorcyclist that a woman was seen with two men, who were armed with machetes, in an isolated area around Irri-Aviara.

Our correspondent learnt that the Oleh Divisional Police Officer, SP Paul Oboware, swiftly mobilised a team of policemen and vigilantes to the area.

The hoodlums, on sighting the security team, reportedly abandoned the victim and escaped into the bush.

Investigation later revealed that the woman was kidnapped four days earlier on her way home on Olori Road, Ughelli.

He noted that in compliance with the directive, the DPO embarked on an intelligence-based investigation.

Edafe said the efforts paid off on Thursday, December 2, when the DPO received another distress call from the vigilantes deployed around Irri Roundabout, Oleh, that some hoodlums operating in a white Toyota Hilux were sighted in the area.

The hoodlums, after a failed attempt to kidnap a man who recently returned from Europe, reportedly had a disagreement among themselves, which made residents suspicious.

The command spokesman said police operatives, in an operation with vigilantes, arrested one of the suspects, Davidson Odigho (26), while other members of the gang escaped in the Hilux.

“Upon interrogation, the suspect confessed to being part of the gang that kidnapped the 63-year-old woman on November 30 and abandoned her when they noticed that the police were closing in on them.

“The suspect led police operatives to his house where one AK-47 rifle, 19 rounds of 7.62mm live ammunition, one magazine, one pump-action gun and 26 live cartridges concealed in a sack and buried in the compound, were recovered,” the statement added.

Edafe said a manhunt for the fleeing members of the gang was ongoing.