Vanguard gathered that the kidnappers, who pretended to be customers, walked into her shop at about 10.07pm, requesting to buy water. Her husband was said to be in the shop with her.

While the transaction was ongoing, one of the strangers, put off the power generating set, thereby throwing the entire shop into darkness. They  collected the couple’s phones and beat them up.

Thereafter, they locked her husband inside the shop, smuggled her into their vehicle and drove away.

A relative, who spoke on the condition of anonymity, disclosed that the kidnappers contacted the victim’s husband in the early hours of Monday, demanding N50 million ransom for her release.

The relative said: “After much bargain, they told him they would not go below N10 million. The family pleaded for N2 million but they declined. We have been going from place to place to appeal for funds.

“We are appealing to the Lagos State government and well-meaning Nigerians to assist us,“ the relative stated.

On its part, the Lagos State Police Command said investigation into the abduction of the trader had begun.

Spokesman for the Lagos State Police Command, SP Benjamin Hudenyin, said: “The case was reported and we are making substantial movements. We don’t want to say much but we are making progress.” 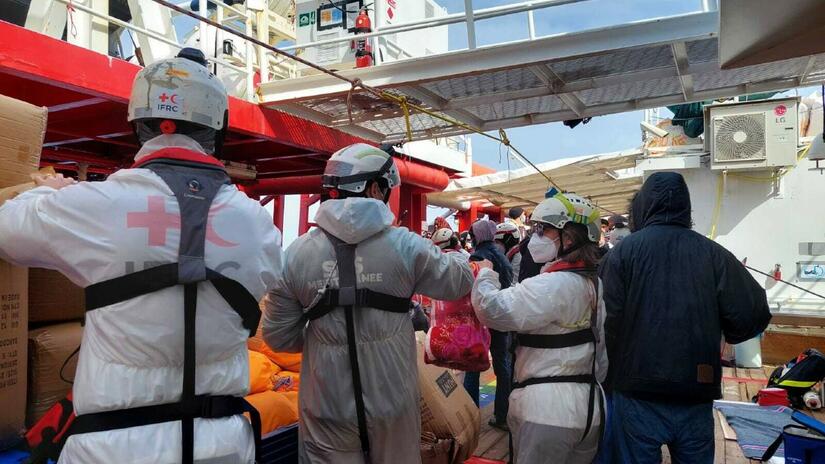 German civilian maritime rescuers sailing on a ship named: the Louise Michel has rescued all 48 people from an overcrowded wooden boat in distress.

This took place in the central Mediterranean Sea early  Tuesday, according to tweets.

The boat, financed by proceeds from street artist Banksy and painted pink and white by him as well, reached the search area Monday after the crew was notified of the emergency.

Aid organisations are regularly deployed in the Mediterranean to rescue migrants who come into trouble on the dangerous seaway from Northern Africa to Europe.

Many ended up in Italy, where the Interior Ministry had recorded almost 72,300 migrants arriving by sea so far this year, compared to around 47,700 in the same period last year.

The incoming right-wing government wanted to stop the migrant arrivals.

Lynched persons in Kaduna were terrorists from Sudan — Villagers 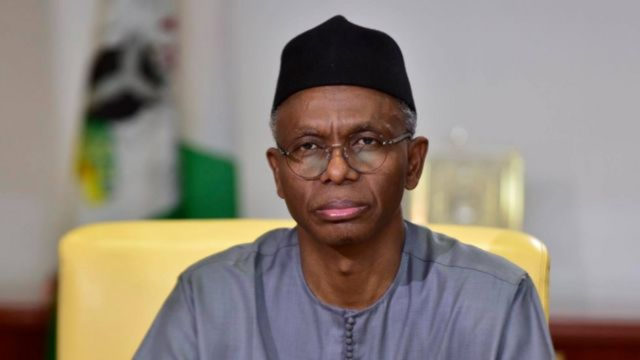 Birnin-Gwari villagers say the ‘herders’ lynched by a mob in Kaduna State on Sunday were terrorists from the Republic of Sudan.

Chairman of Birnin-Gwari Emirate Progressives Union, Ishaq Kasai, disclosed this in a statement, stressing that the alleged lynched persons were not genuine herdsmen but terrorists.

Kaduna State Governor, Malam Nasir El-Rufai had condemned in strong words the killing of two herders by a mob in the Birnin Gwari Local Government Area of the state.

In a statement on Sunday, the state Commissioner for Internal Security and Home Affairs, Samuel Aruwan, said the security agencies reported that the mob forceably seized the two herders from security personnel on unsubstantiated claims of being linked with banditry.

But BEPU said it was falsely reported that herders were lynched, asserting that those killed were “international criminal syndicates that had been terrorising the Birnin-Gwari Local Government Area.”

The union also attached an ID card allegedly belonging to one of the terrorists.

It stated, “BEPU findings revealed that the alleged lynching occurred after the suspects forcefully snatched a motorcycle from a farmer at the outskirts of Birnin-Gwari main town.

“Therefore, BEPU is concerned to observe that, the statement issued by Government on the issue did not equally capture the true story.

“More so, on the same day when the mob action occurred, one driver was killed and scores were kidnapped at Dogon Hawa and Tabanni areas. This is in addition to killings and kidnapping of the innocent citizens of Birnin-Gwari on the roads, in farms and their homes which have become a daily occurrence.

“BEPU once more, appreciates the effort of security agencies towards restoring peace in our area and urged government officials in showing concerns to any ugly situation to always be in a cautious mood in issuing any statement that is capable of undermining the peace-loving, helpless people that are under siege by the terrorists. This is with view to averting further escalation of the situation.

“Birnin-Gwari Emirate Progressive Union, BEPU, is saddened with the mob action by aggrieved youths in Birnin-Gwari on Sunday 2nd October, 2022 where two alleged “herdsmen” were killed in a cruel and gruesome manner.”

The union expressed appreciation to the security forces for their efforts and successes recorded in sanitising Birnin-Gwari.

It stated, “BEPU, a distinct and peaceful union is clearly against any form of mob action under any guise and is hereby drawing the attention of the citizens not to resort to taking laws in to their hands irrespective of frustration and provocation. Citizens are urged to always channel their grievances to appropriate authorities and above all continue to devote themselves to prayers for divine intervention in the current insecurity situation.

“The union once more appreciates the efforts and successes recorded by the resilient security forces in their efforts to sanitize Birnin-Gwari general area and call on them to step-up the operations into communities that surround Birnin-Gwari town where bandits are currently demanding and forcing communities to pay “protection fee” and crop harvesting levies, respectively.

“Clearly, while the lynching of suspected bandits is highly condemnable, the Union observes with deep concern the way the issue has been reported to selectively and deliberately portray Birnin Gwari in bad taste, and targeted to prove a false narrative on the issue to endanger the helpless innocent citizens of Birnin-Gwari Local Government.” 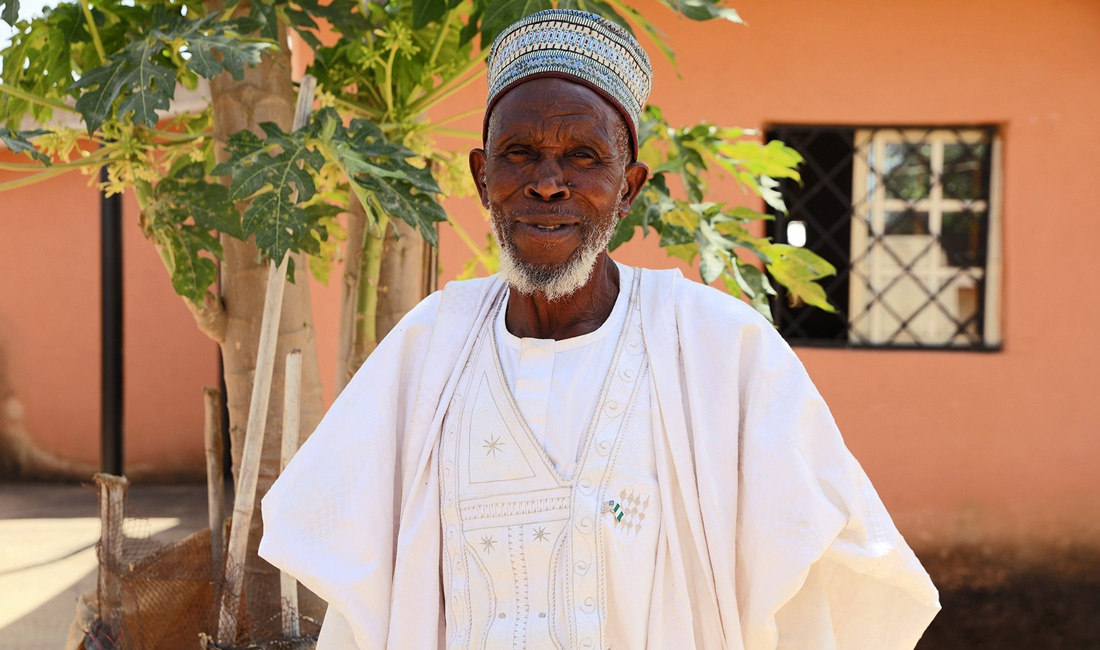 PRESIDENT Muhammadu Buhari has listed an 87-year-old Islamic cleric, Alhaji Abdulahi Abubakar; a cleaner, Joseph Agu; security guard, Rahim Mohammed and Misa Usman, among notable Nigerians to be given the national honours for acts of brotherliness, diligence and honesty.

Abubakar will be decorated with Member, Order of Niger (MON) for saving the lives of 262 fleeing Christians from Boko Haram at Yelwa Gindi Akwati village, Plateau State, at the event scheduled to hold in Abuja on October 11.

Joseph Agu, a cleaner at Murtala Mohammed International Airport, Lagos. will be decorated for a rare display of honesty at his duty post.

In 2015, Agu, a staff of a cleaning company at the Lagos Airport, found and returned $12,200 forgotten inside the toilet by a passenger.

Agu, on discovering the money, returned it to the security officials at the airport to the surprise of many Nigerians.

Also, Ibrahim Mohammed Ogbanago, a security guard working for United Bank of Africa (UBA) Plc, found an envelope containing $10,000 at the gate of the bank but returned it.

She was commended at the time by the National Assembly and the airport authorities. Likewise, Musa Isman, a security man attached to V. Venghese, an Indian national and director of the Jawa International Limited.

The gateman, as reliably informed, rejected the offer of a house but requested that a borehole be drilled in his community.

Usman hails from Glijimmi, a Fulani settlement in Birmiwa Local Government Area of Jigawa state. Among other honourees, President Muhammadu Buhari will also confer Commander of the Order of the Niger (CON) on Borno State governor, Professor Babagana Zulum.
Tribune