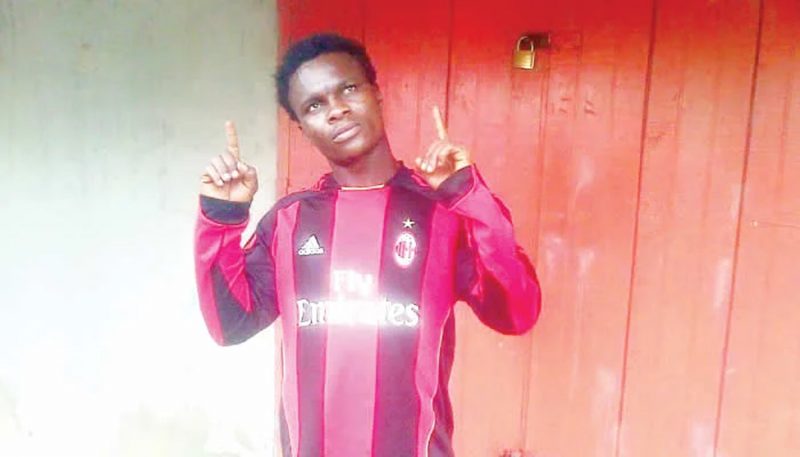 A leader of the National Union of Road Transport Workers in Lagos State, Kunle Ajibade, has been murdered by suspected hoodlums in Ijeshatedo, in the Surulere area of the state.

PUNCH Metro gathered that the assailants stabbed the 28-year-old at his house and trailed him to a hospital where he was receiving treatment.

They were said to have shot him multiple times.

The victim’s brother, Kehinde, who urged the police to investigate the killing, said his brother was being rushed to the Lagos University Teaching Hospital when he gave up on the way.

Our correspondent learnt that the circumstances surrounding Kunle’s death started during a celebration tagged Prosper Day.

The party held last Saturday on Ijikoyijo Street, Ijeshatedo, where Kunle was the vice-chairman of the NURTW.

Kehinde said trouble started when one Malik, a member of Kolom’s gang, started misbehaving after drinking to a stupor around 10pm.

He claimed that Malik’s action infuriated members of the other gang, which led to a fight between the groups.

“Also in Ijesha, there is a group known as the Ultimate, led by one Alaka.

“During the fight, members of the Ultimate group supported My Son group.

“Kunle and some people tried to settle the fight. But Alaka became annoyed and engaged in a shouting match with my brother.

“One of Alaka’s boys, Jabi, even broke a bottle on my brother’s head, but we ensured that the matter was settled for peace to reign. The party ended and everyone went home,” Kehinde added.

He alleged that Alaka, however, led his gang to attack Kunle at midnight, adding that they stabbed him with different weapons, including machetes.

“I was asleep when my phone rang around 2am. I checked it and realised that it was my wife calling. I picked it, but my mother started speaking and she said I should go to Ijikoyijo Street because some people had used machetes to inflict serious wounds on Kunle.

“When I got there, I was told that they had taken my brother to a private hospital on Ogunmuyiwa Street. On my way there, I met his friends, who said while at the hospital, Alaka led his boys to attack the medical facility and shot my brother.

“They shot him in the hand, back and thigh. Even without the gunshots, the probability of him surviving the injuries he suffered during the attack with machetes was low. They cut his hand and head. I have Alaka’s voice recordings confirming that he attacked my brother.

“After the attack at the hospital, my brother’s friends rushed him to the Adetutu Hospital on Kosoko Street in Ijesha. My mum and I went to meet him there and decided to rush him to LUTH because the injuries were serious. We hired a tricycle, but he died on the way,” he added.

A video clip showing Kunle’s lifeless body in a tricycle was seen by our correspondent.

His left palm was severely cut; he was also hacked in the thigh, chest, back and laps.

Friends and family members were also heard lamenting the death.

The victim’s mother, Adeola, who demanded justice, said the case had been transferred from the Ijesha Police Station to the State Criminal Investigation and Intelligence Department, Yaba.

She said, “My son died in my hands. He kept mentioning Alaka’s name till he died. After his death, I called Alaka and told him that he killed my son. While my son has been buried, Alaka is still around and has not been arrested. I want justice.”

Alaka, however, denied killing Kunle, adding that he spoke angrily to his mother because she accused him wrongly.

He said, “I am not the one that led the attack. Kunle’s mother is like a mother to me. When she called and accused me of attacking her son, because of the way she spoke, I got annoyed and talked to her rudely.

“I asked if she knew what her son did to me. I was shocked when I heard that Kunle was dead and I could not call her back again because of how I had spoken to her on the phone. His brother also called me and started cursing me and I became speechless.

“I never entered any hospital. Gang members from Itire came to the party. Kunle threw a bottle at me. I was even the one going to meet Malik who scattered the party. If I knew he had died, I would never have the guts to talk to his mother like that.”

Jimoh Buhari, a spokesperson for the Lagos State NURTW Chairman, Musiliu Akinsanya, aka MC Oluomo, said some members of the transport union go outside their scope of operation to engage in street fights.

He, however, promised to make findings on the case and get back to our correspondent.

He had yet to do so as of the time this report was filed.

The state Police Public Relations Officer, CSP Adekunle Ajisebutu, said he would get back to our correspondent after being briefed on the incident. 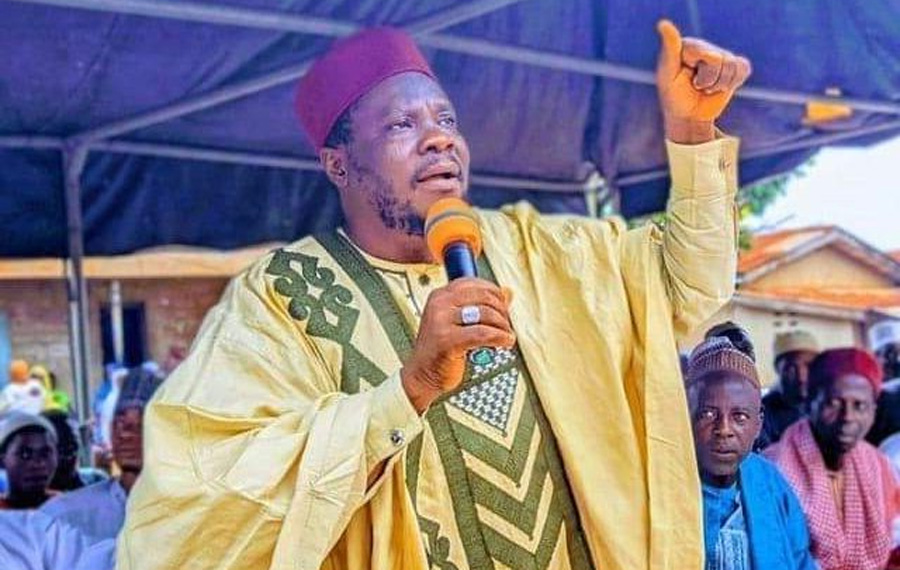 The Emir of Ilorin and Chairman Kwara Council of Chiefs, Alhaji Ibrahim Sulu-Gambari has expressed sadness over the death of a frontline lslamic preacher, Sheikh Abdulganiy Aboto.
The Emir expressed his sadness in a condolence message issued by his spokesman, Mallam Abdulazeez Arowona on Saturday in Ilorin.
Sulu-Gambari described Shiekh Aboto’s demise as a huge loss, adding that it has left another vacuum in Dawah activities of Ilorin emirate and beyond.
Aboto died after the heavy downpour on Thursday that destroyed the popular bridge linking Kulende and Akerebiata Area.
The traditional ruler recalled the roles played by late Sheikh Aboto in promoting morality, good conducts and fear of God among the people, with reference to the Holy Qur’an and the teachings of Prophet Muhammad (PBUH).

The Emir added that the deceased sermons were unique, highly intellectual and deeply heart-touching.
“During his lifetime, late Sheikh Aboto touched so many lives through his public lectures during Ramadan, as well as other communities across Nigeria and African continent by extension,” he said.
Sulu-Gambari extended his condolence to the entire Adabiyyah family worldwide, family of the deceased, associates and people of Aboto community in Asa Local Government Areea over the death of the pious and highly intellectual scholar.
Kwara State Governor AbdulRahman AbdulRazaq, in his condolence, described as shocking and sad the deaths Aboto al-Adaby and others.
“We received with shock and sadness the deaths of the popular Islamic cleric Sheikh Aboto and a few others whose identities are not yet known. As faithfuls, we accept the judgment of our creator. We beseech Him to grant the scholar and others involved al-jannah Firdaus,” the Governor said in a statement on Saturday. 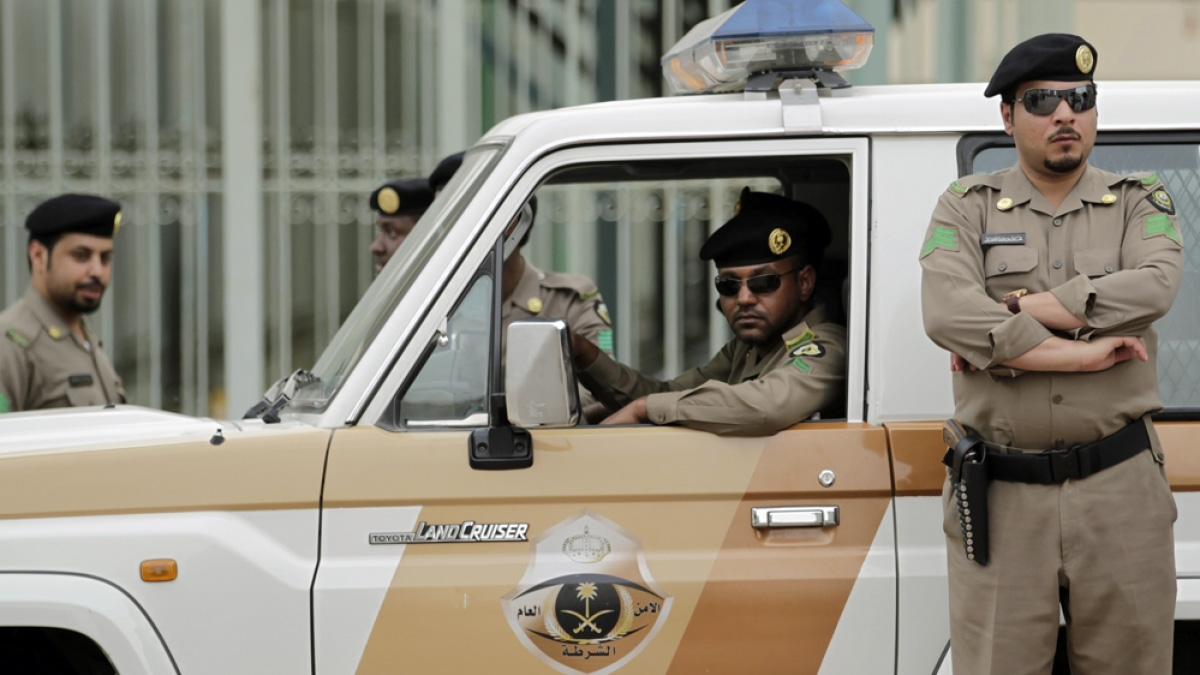 A Nigerian medical doctor resident in Saudi Arabia, Omafuvwe Jerome Ighowho has appealed to the Director-General of the Nigerians in Diaspora Commission (NIDCOM), Abike Dabiri-Erewa to come to his aid in the custody of the law enforcement agents.

Ighowho made the appeal following an incident of alleged assault levelled against him by his Sudanese colleague identified as Dr Adel Idris, over which he had been detained by the Saudi police.

According to a letter addressed to the commission and copied to the Nigerian Consulate General in Jeddah, the medical doctor revealed that he had only been in Saudi Arabia for 23 months before Idris developed a brawl against him.

As reported by Nigeria Abroad, they both work with Tabalah General Hospital, Tabalah, Bisha City, Aseer region of the country and had never fought before until an unfortunate incident where their play led to a minor injury on Idris’s right knee.

He added that the incident has led to him being held in custody indefinitely with no help in view despite his failing health situation.

“On July 30, 2022, I had an incident with my fellow Sudanese doctor. After the resumption of duty, I decided to greet other doctors who were to work with me for the shift.

“He said this with laughter and jokes but he held my two arms. I was laughing and also held him in the same manner as I was thrown off balance because of the firm grip from Adel (the Sudanese doctor) just to attain a good balance.

“We were both laughing and I then pushed him back to release myself from him as Dr Isiah (my Nigerian colleague) kept saying we should stop this rough play.

“Unfortunately, he struck his leg on the wall and fell down after which I assisted him up onto an examination bed. Thereafter, he said his knees were hurt and had an X-ray which showed he had a less than 2cm fracture on the right knee.

“Dr Isiah observed what happened and that we were not involved in a scuffle but a friendly encounter. Also, Dr Mai, a female Sudanese doctor, briefly saw we were joking and walked away.

“About some hours later, Dr Adel Idris came with the police, claiming that I assaulted him. I asked him did I assault you? He said No, then why call police?

“He never answered. This was on several occasions. On explaining to the hospital management, they understood the situation and pleaded with him not to go forward with his complaint, but he insisted.”

The letter stated further: “The whole hospital management and Sudanese community have pleaded and even offered him financial compensation, change of hospital and job description, but he declined all.

“Moreover, the policemen at the station also pleaded with him to resolve this issue amicably, but he declined. At this point, everyone has been trying to get to him to plead with him. Yet he is nowhere to be found neither does he pick his calls nor respond to messages.

“I have been in police custody for days with no progress on the issue. My health has been affected and no one to assist me as I do not know anyone in the community and even Saudi as a whole.

“I am pleading with the Nigerian Government, Mrs Abike Dabiri-Erewa and the Nigerian in Diaspora Commission to intercede on my behalf so that I can have a quick resolution to this matter and attend to my health.

“I am frustrated with the situation, as I am deteriorating physically and mentally in the cell. Please assist me swiftly.” 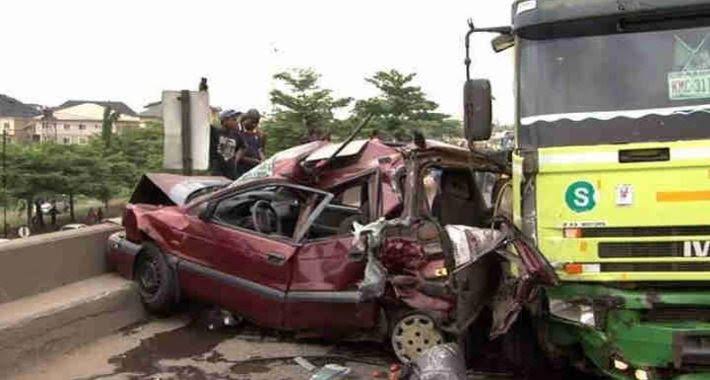 Two persons have been confirmed dead while four others sustained injuries in an accident involving a Nissan Cabster and a Mack truck at Iyana Egbado, Itori on the Lagos-Abeokuta Expressway, Ogun State, on Saturday.

Umar said the crash occurred at 6am and it involved a Cabster marked KTU 142 XH and a truck with registration number T-12736 LA.

The sector commander explained that the Nissan vehicle rammed into the stationary truck which had a flat tyre.

He added that a total of seven men were involved in the accident, of which four were injured, two dead while one person was unhurt.

Umar said the deceased persons and injured victims were taken to the General Hospital, Ifo for appropriate medical attention.

The sector commander commiserated with the family of the crash victims and enjoined them to contact the FRSC Itori command for more information about the crash.

He advised motorists to avoid indiscriminate parking of vehicles by the roadside, adding that “If there’s a breakdown, proper placement of road signs should be put in order to alert oncoming vehicles.”