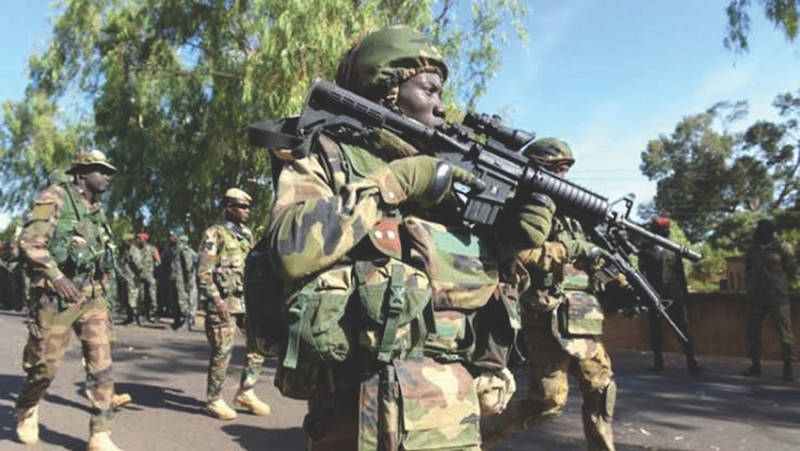 Military troops in the counter-insurgency operation in the northeast have captured large weapons and ammunition from Boko Haram and ISWAP, during an offensive on the insurgents’ locations in Borno State.

Chief of Army Staff (COAS), Lt Gen Faruk Yahaya, while inspecting the arms at the Maimalari Cantonment of the Nigerian Army 7 Division, Maiduguri, yesterday, said the weapons and other items were seized at Sambisa, Tumbus and Màndara mountains; the terrorists’ locations in Borno State.

“The result of what we have done is what you are seeing here where we have recovered all these weapons from the terrorists, including from  Sambisa, Tumbus and Mandara mountains,” he disclosed.

The army chief said he was impressed by troops’ sustained offensive against the terrorists enclave which led to the recovery of some operational vehicles earlier seized from troops, first aid boxes and other items.

He commended troops in the theatre of operation and other military operations across the country for their commitment.

“I am very impressed with what troops in the theatre are doing and in other operations in northwest, north central and southeast.

Oftentimes there are challenges, and challenges are part of operations,” he said.

He vowed that the army and military will not be deterred by the recent challenges and urged the insurgents to follow the path of peace and give up the fight.

Related Topics:armB’HaramISWAPmedicalsMilitary troops
Up Next 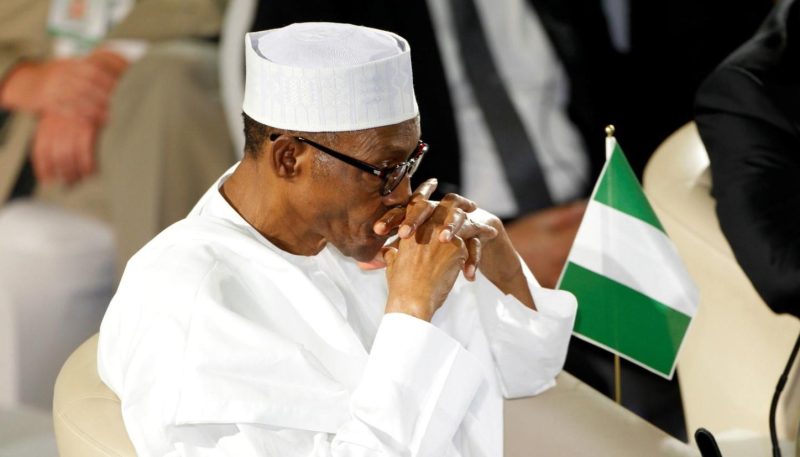 HURIWA’s National Coordina­tor, Comrade Emmanuel Onwu­biko, in a statement, challenged the president to be a man of his words by leaving the judiciary to decide on Kanu’s fate without any political interference or vendetta. The group asked Buhari to direct the Attorney General of the Fed­eration and Minister of Justice, Abubakar Malami, to comply with the appellate court’s judge­ment of freeing Kanu from the Department of State Services (DSS) before Christmas.

HURIWA believes that the re­lease of Kanu would restore peace and stability to the South-East of Nigeria and restore economic growth of the zone. HURIWA expressed disappointment and consternation at the nonchalant attitudes of the governors of the South East of Nigeria towards mounting pressure on President Buhari to free Kanu from deten­tion.

In May, Buhari, at a meeting with Ebonyi State Stakeholders’ Forum at the Government House in Abakaliki, said a political solu­tion to Kanu’s travails was impos­sible and insisted that only the court would decide his fate.

“I have listened carefully to the various appeals from the elders to the traditional leaders regarding a wide range of options and as I have said previously, this matter remains in the full purview of the court where it will be properly ad­judicated,” Buhari had promised.

However, about 18 months since his unwarranted detention at the DSS custody in Abuja, the IPOB leader has not tasted free­dom despite the judgement of the Appeal Court granting him freedom and awarding billions of naira as damages against the Federal Government for his ex­traordinary rendition from Ken­ya mid-2021.

At the moment, the major presidential candidates for the 2023 general elections including Labour Party’s Peter Obi, Bola Tinubu of the All Progressives Congress and Atiku Abubakar of the Peoples Democratic Party have opined that they would ex­plore dialogue to end secessionist agitations in the South-East and restore the economy of the Igbo people which has been marred with untold violence and activi­ties of unknown gunmen.

Commenting, HURIWA’s On­wubiko said, “As though a norm, all the major presidential can­didates for the 2023 presidential election have adopted negotiat­ed settlement to end agitations by IPOB and other secessionist groups like that of Yoruba Na­tion agitator, Sunday Adeyemo aka Sunday Igboho.

Ghana lead 3-2 Vs Korea, Cameroun bounce back in six-goal thriller