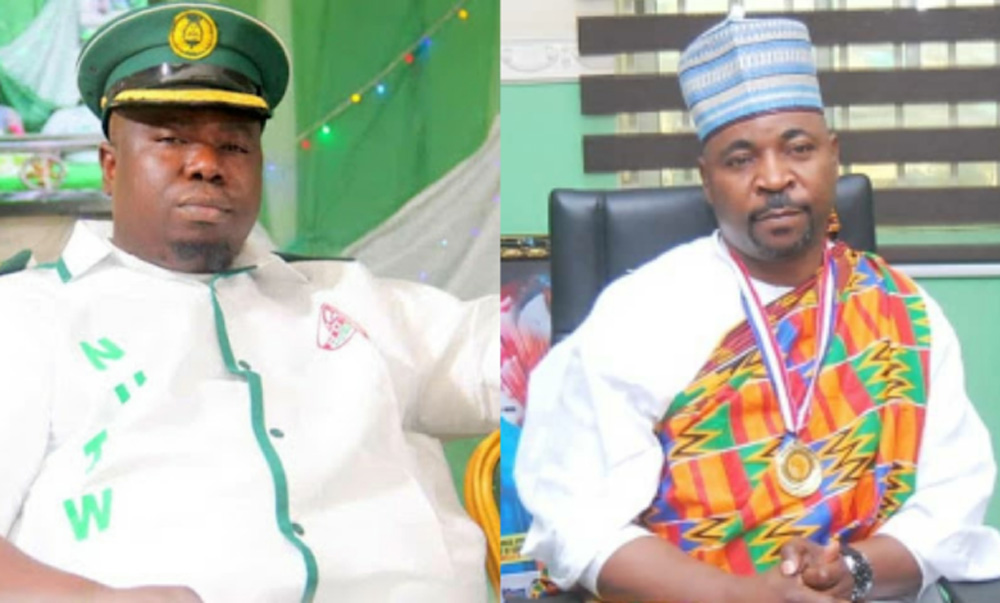 Scores of policemen and soldiers stormed the Ijaiye Bus Stop in the Agbado area of the Alimosho Local Government Area of Lagos State on Monday to forestall a clash between road transport unionists loyal to two factional leaders in the state: Musiliu Akinsanya popularly called MC Oluomo; and Azeez Abiola, aka Istijabah.

Our correspondent, who was at the bus stop, spotted about five patrol vans of security personnel who were on a joint mission in the area on Monday.

The fully armed policemen came in four patrol vans, while fierce-looking, gun-wielding soldiers stormed the bus stop in a van and remained there from morning till about 4pm when they left.

Our correspondent also observed as over 100 area boys and foot soldiers of both MC Oluomo and Istijabah seethed with rage as they stood just opposite the security agents.

A tricycle operator, who simply identified himself as David, told The PUNCH that the security agents got intelligence that MC Oluomo boys planned to violently take over the park controlled by Istijabah and his lieutenants.

“About 40 policemen and 12 soldiers came very early this morning to prevent a clash between Istijabah and MC Oluomo boys.

“There would have been a violent clash if not for the presence of the security personnel who came in five vehicles,” he said.

The situation caused panic as traders shut their stalls over the fear of a possible clash between the two factions.

“We were terrified since morning and had to shut our shops and go back home. We just open now after the area boys and the soldiers left,” a Garri seller told our correspondent.

Efforts to reach MC Oluomo and Istijabah proved abortive as of press time.

When contacted, the spokesman for the Lagos State Police Command, Benjamin Hundeyin, promised to revert but he was yet to do so as of press time.

The PUNCH had earlier reported that MC Oluomo and Istijabah boys clashed last week in the Fagba, Ogba and Agege areas of Lagos over the control of parks and ticket sales.

MC Oluomo had rejected Istijabah as TOOAN chairman in the state and the national body of NURTW in Abuja had suspended him (MC Oluomo) which led to his withdrawal from the union and the suspension of NURTW by the Governor Babajide Sanwo-Olu government.

The governor subsequently appointed MC Oluomo as the parks management committee chairman despite public outrage and warnings of fresh violence.

According to a 2021 report by the International Centre for Investigative Report, the Lagos chapter of NURTW generates about N123.08bn annually, which could service the annual budget of Nasarawa, Niger, and Yobe states put together. 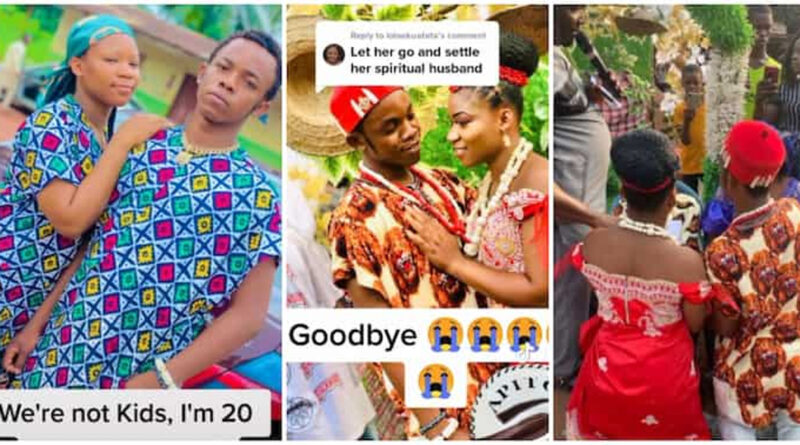 Barely eight months after they tied the knot, a Nigerian man has ended things with his 17-year-old wife

The Imo state indigene announced the end of his marriage on social media, saying that marrying his estranged wife was the worst mistake he had made

The young man said he had hoped that his wedding would be the happiest day of his life, but it turned out to be the opposite

A 20-year-old Nigerian man has announced the end of his marriage to his young wife, 17, after eight months.

The young couple’s wedding, which was held some months ago, sent social media into a frenzy owing to their ages.

The lad regrets his marriage Sharing a video from his traditional wedding on TikTok, the Mbaise native from Imo state lamented that it is better to be single than married to his estranged wife.

“It is better to be single than to be with someone like her. So that is why I came out to let everyone know we are no longer together. Thanks for the advice,” he wrote on the clip.

He described his wedding day as the saddest day of his life.

In another clip, he explained that he tried dialoguing with his ex-wife severally, but she wouldn’t listen.

“Marrying a 17-year-old girl is the worst mistake I ever made. I wish her best of luck,” he wrote on the clip.

Watch the video below:

“You as the husband can help her not by divorcing your wife. This is a spiritual battle we are talking about here not a physical stuff.”

“D way u reach at 20 is sourprizing, it might be she hear so many things about u,and she is scared to tell she don’t need d marrage befor d wedding.”

“Nothing spiritual here shez just young and naive.OR maybe she was not for marriage she had other plans for herself or she never loved you.”

“Bros nothing spiritual here Abeg, 17 is still a teenager, which work do u do that u spend such at this age I pray that girl is still intact. the fact.”

“My dear when you divorce her is not our problems but don’t insult her she’s not good for you but she can be good for another man simple.”

Meanwhile, Legit.ng previously reported that a 20-year-old Nigerian boy cried out over his wife’s attitude three months after they married.

The 20-year-old, in a TikTok video, lamented that they have not had sexual intercourse since becoming a couple. He said that she keeps coming up with excuses each time he makes advances at her in that regard.

The lad, who is an only son, admitted his inability to cheat due to his love for her and asked netizens for advice on what to do. In a message sent exclusively to Legit.ng, the young man confirmed that he is indeed married to a 17-year-old and wasn’t chasing clout with his video.

The Inspector-General of Police(IGP), Usman Baba, has approached the Court to file a motion to set aside the contempt proceeding and committal order issued by the Federal High Court, sitting in Abuja, last Tuesday.
The motion is coming after the Federal High Court sentenced the IGP, to three months in prison for flouting a 2011 court order.
Alkali’s committal followed a suit filed by a police officer, Patrick Okoli, who was unlawfully and compulsorily retired from the Nigerian Police Force.
Force public relations officer Olumiyiwa Adejobi, who made this known, said in the motion filed before the Federal High Court in the Federal Capital Territory(FCT), Thursday, the IGP extensively highlighted grounds why the orders should be set aside, noting that he had not been appointed into office as Inspector-General of Police when the case was instituted and the reinstatement order in question granted.
The IGP, also affirmed that the contempt proceedings were served via substituted means in November 2018 and January, 2019 respectively, on the then Inspector-General of Police, and not on him as the incumbent.

Adejobi in the statement said “The IGP in his disposition further noted that even before his assumption of Office, official steps had been taken by his predecessors toward complying with the reinstatement of Patrick C. Okoli, the plaintiff, as ordered by the Court. As noted by him, this was evidenced by an official letter addressed to the Police Service Commission on the approval of the then Inspector General of Police, as far back as 2015, and before the court order of November 29th, 2022, requesting the Commission to issue a reinstatement letter to the plaintiff and also effect his promotion in line with the order of the Court and in the exercise of their statutory authority in that regard. Hence, the grounds for the contempt proceedings ought not to have existed, ab initio.
The IGP reassures Nigerians of his unalloyed commitment and steadfastness in defending the rule of law and respecting judicial authorities and hence, will not wittingly or unwittingly disobey any order validly granted by courts of competent jurisdiction”. 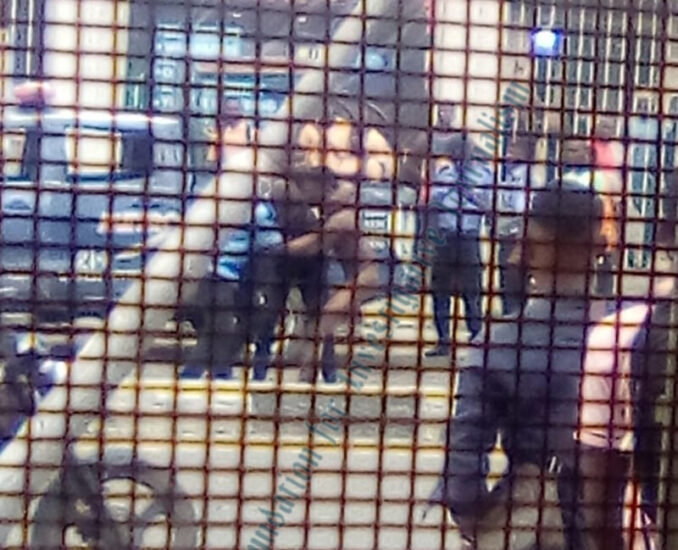 Policemen in scuffle with bus driver

The source, who asked not to be named, said she was working when the incident happened.

She said she peeked out of her window and saw policemen dragging a commercial bus driver out of his vehicle, tugging his clothes, and slapping him continuously before pinning him to the floor. She said his clothes came off during the scuffle, and he was stark naked.

Speaking to FIJ, the source said, “I was just working when I heard noise outside. When I looked out, I saw policemen dragging one bus driver and slapping him anyhow.

“They dragged his clothes off and were dragging him to their vehicle but he kept shouting that he had not done anything. Later, they pinned him to the ground and stepped on him.”

The source sent FIJ some pictures she had taken of the scene, but when FIJ called Benjamin Hundeyin, spokesman for the Lagos Police Command, he told FIJ the narrative was “impossible.”

Hundeyin said, “No police officer will strip anyone naked, especially in broad daylight. Maybe in the night, but I can vow that it is impossible. You know how this bus drivers are. When you want to arrest them, they pull all sorts of gimmicks, go naked and start creating a scene.”

After he spoke with FIJ, our reporter sent him a video of a policeman holding the unnamed bus driver by his knicker and pinning him to a police van. An armed policeman is in front of them, and moments after, a third policeman walks up to them and deals slaps directly to the face of the unarmed civilian.

When FIJ asked Hundeyin if it was common practice for the police to slap civilians in a bid to restrain them, he described the question as ridiculous and patronising, and wanted to be asked instead what the force would do to errant officers who assault civilians.

However, when FIJ asked what actions the force would take, Hundeyin went silent.

As of press time, FIJ had not ascertained what division the officers were attached to, but Hundeyin told this reporter he had contacted their DPO and would follow up the matter.