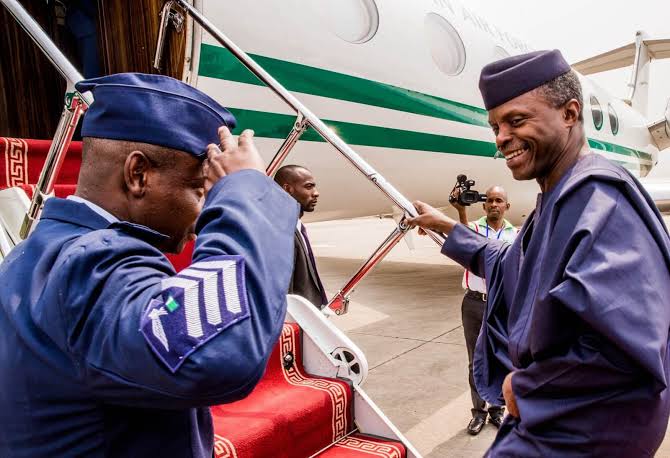 ‍Vice President Yemi Osinbajo will depart Abuja on Thursday for Arusha, Tanzania, on a short visit.

Laolu Akande, Senior Special Assistant to the President on Media and Publicity, Office of the Vice President, disclosed this in a statement in Abuja.

The vice president will be received in Arusha by his Tanzanian counterpart, Dr Philip Mpango.

While in Arusha, Osinbajo will visit the African Court of Justice and Human Rights (ACJHR), an African Union agency in Arusha, among other engagements.

He is expected back in Abuja on Sept. 6.

Nigeria and Tanzania, both former British colonies, have maintained cordial trade and diplomatic relations since the two countries gained independence in 1960 and 1961 respectively. (NAN)