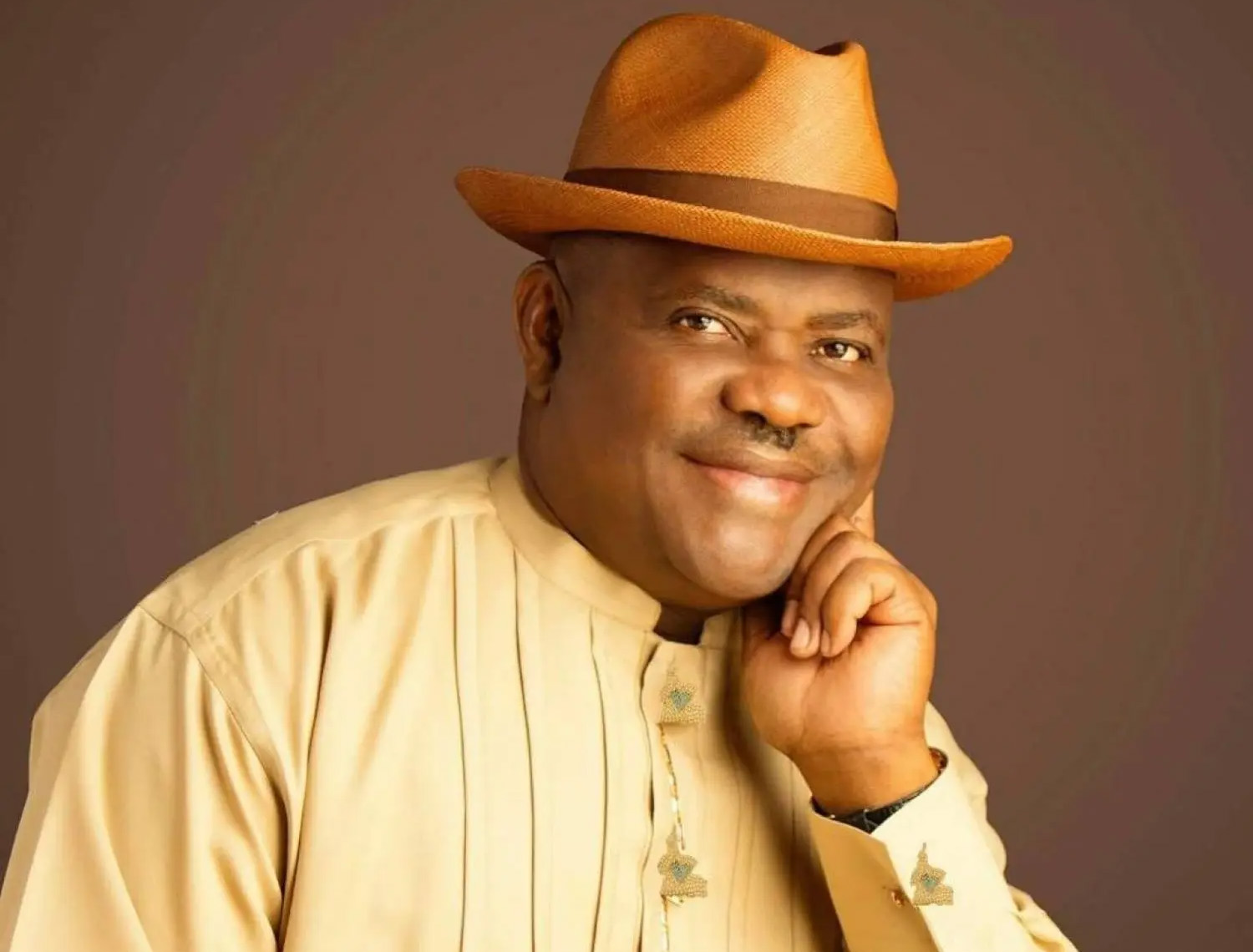 Governor Nyesom Wike of Rivers State has distanced himself from a suit filed to challenge the emergence of former Vice-President Atiku Abubakar as presidential candidate of the People’s Democratic Party (PDP) in 2023.

A suit had been filed to challenge the presidential candidate of the Peoples Democratic Party, Atiku Abubakar; the Sokoto State Governor, Aminu Tambuwal; and the PDP over the presidential primary of the party.

In the suit marked FHC/ABJ/CS/782/2022, a PDP chieftain, Newgent Ekamon, contended that Governor Aminu Tambuwal breached the primary which was held in Abuja on May 28 and 29, 2022.

Ekamon contended that during the PDP presidential primary, when aspirants were asked to address delegates, Tambuwal had asked them to vote for him only to return moments later to ask them to vote for Atiku.

At the primary, Atiku polled 371 votes while Governor Nyesom Wike of Rivers State and Bukola Saraki garnered 237 and 70 votes respectively. After the convention, the National Chairman of the PDP, Iyorchia Ayu, described Tambuwal as the “hero of the convention.”

The suit asked the court to determine eight issues including whether the purported transfer of Tambuwal’s votes to Atiku by the PDP was illegal and void.

But in a chat with THISDAY, Wike denied knowing anything about the suit and the lawyers who filed it, describing it as the handiwork of mischief makers.

“I don’t know anything about the so called suit. I did not ask anyone to file any suit for me.”

“I don’t know the lawyers. Am I a kid to be filing a suit at this time? I had 14 days after the primary within which to have filed any suit. I didn’t do that then, is it two months after primary I will file a suit?” 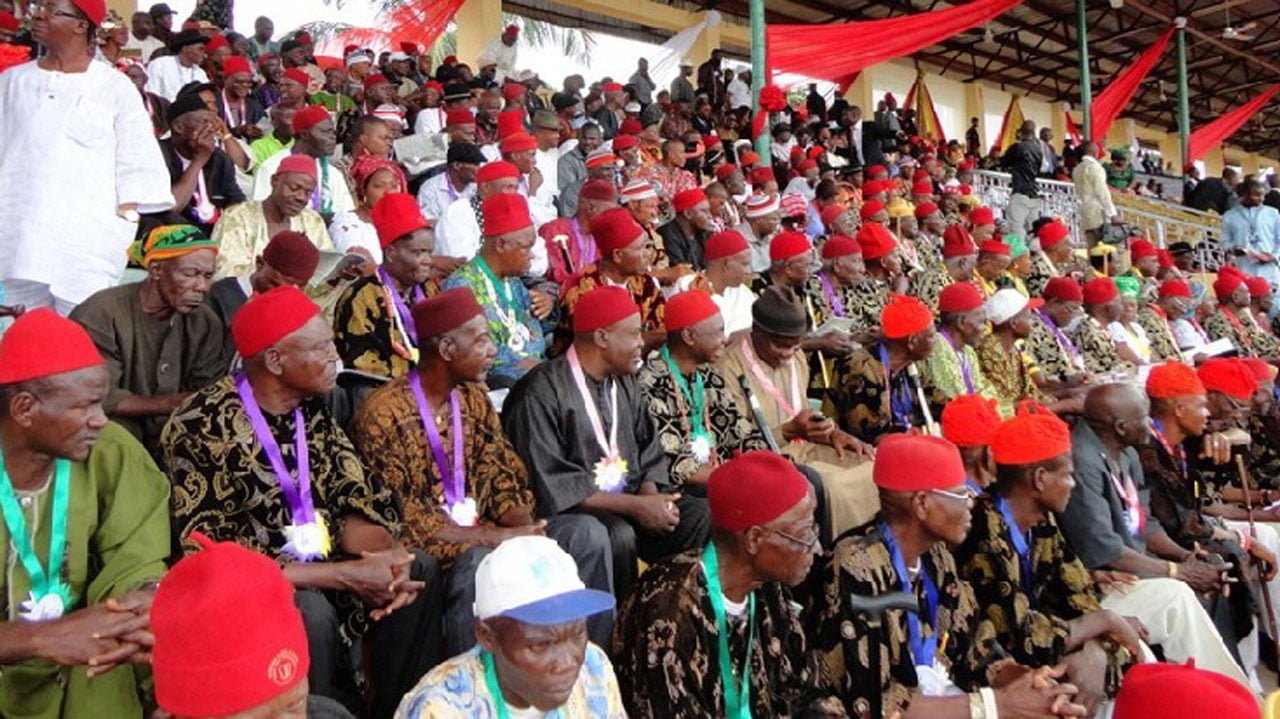 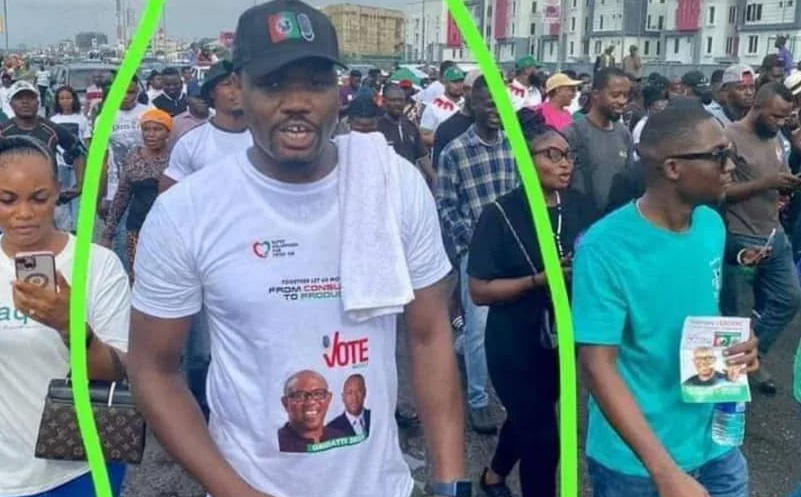 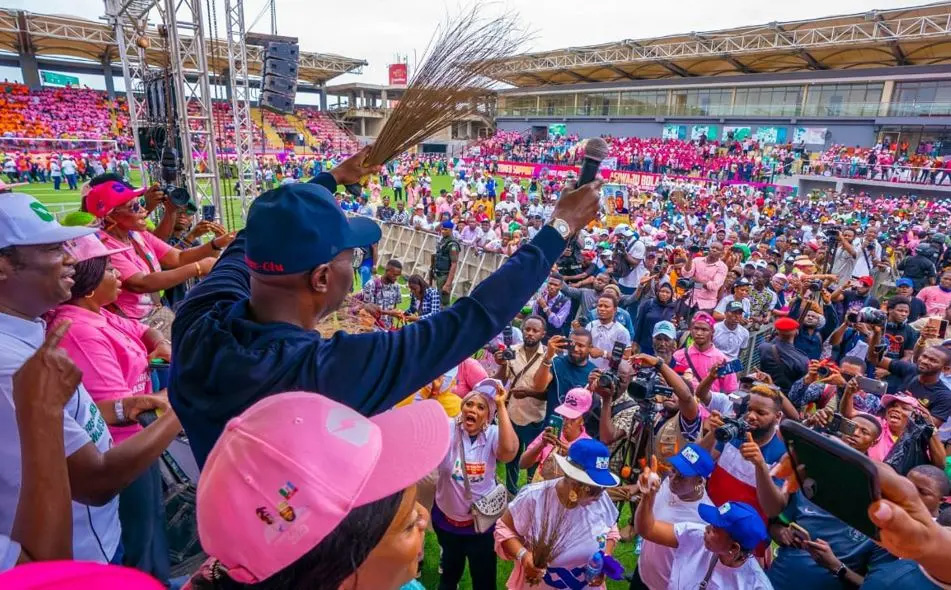 Lagos was aglow with festivities yesterday as women in the metropolis held a ‘two-million woman solidarity walk’ in support of All Progressives Congress (APC) presidential candidate, Asiwaju Bola Tinubu, and Governor Babajide Sanwo-Olu.

Similar rallies were held in other city centres, including Zaki Biam, Benue State, to drum up support for APC candidates.

The Lagos crowd was huge. But, organisers ensured that traffic was not disrupted. The excited women carried banners and posters as they sang partisan anthems: ‘On your mandate we stand.’

It was not a rented crowd, but a mixed assembly of women technocrats, professionals, market women, artisans,  peasants, youths and students, who saw hope in Tinubu’s ambition and vision for a better Nigeria.

The aged among the mass of party faithful reminiscenced on the beauty of transformational leadership experienced by Lagosians between 1999 and 2007 when former Governor Tinubu was in the saddle.

They recalled with fondness the impact of novel empowerment programmes, health schemes, educational initiatives and promotion of inclusive, integration and peaceful coexistence in the heterogeneous state that has consistently mirrored Nigeria’s diversity.

Many pointed to the road infrastructure, bridges, housing estates, public schools and other critical institutions that have remained as legacies of the memorable era.

The women maintained decorum as they showcased Asiwaju’s exploits and the feats recorded by Sanwo-olu in the last three and half years across the sectors.

The model walk was devoid of abuse and intolerance. No single hate speech was made by eminent party leaders who addressed the crowd.

Sanwo-olu and his running mate, Deputy Governor Obafemi Hamzat, and their wives-First Lady Dr. Ibijoke and Mrs. Remi Hamzat-stormed the Mobolaji Johnson Sporting Arena, Ikoyi, where the crowd surged before the walk was brought to a close.

They were accompanied by women in government and politics-commissioners, special advisers, special assistants, lawmakers, candidates for next year’s elections, wives of party leaders and women party officers, led by the Lagos State APC  Women leader, Jumoke Okoya-Thomas, a former member of the House of Representatives.

“We have brands to market. Nigerians know what Asiwaju has done. Lagosisns cherish the performance of our governor, our Mr. Sellable” intoned Okoya-Thomas.

She said women were determined to ensure the victory of the presidential and governorship standard bearers in 2023 elections.

Okoya-Thomas said:”We will not not relent in our efforts at mobilising the women in the state to support the presidential candidate of the APC, Asiwaju Bola Ahmed Tinubu, and our governorship candidate in Lagos State, Mr. Babajide Sanwoolu.

“All hands are on deck in Lagos to ensure victory for the APC in the elections.”

The women leader commended Tinubu for showing concern for women in politics, stressing that he is disposed to the affirmative action on women involvement and gender parity.

She added:” “You can see women leaders emerging in the world. It is going to get to Nigeria with the help of a president like Asiwaju Bola Ahmed Tinubu. We have experienced the wave.

“We have been able to mobilize our women in Lagos State in readiness for Asiwaju’s campaign. He will realize that we give him triple of the number we used to give him, especially with Lagos women.

“Lagos women alone will give him nothing less than three million votes. I’m telling you all women here today have their PVCs. We are ready, we’ve been working on it because he is a leader, he is a father, he has crowned others, helped others and we must find a way to help him get it.

” It is his dream and by the grace of God, we will get there.He has done well for us. Everything is angelic about him.

“He laid the blue print for Lagos State. That is why you can see Governor Jide Sanwoolu conforming today. Everybody is following the blue print of Asiwaju, from Babatunde Fashola to Akinwunmi Ambode. He must be our president by the grace of God and we will vote for him to get there.”

Lauding the women for their patriotism, enthusiasm and commitment, Babajide Sanwo-Olu  assured that they will continue to savour properity under his administration.

Adebule also implored Nigerians to come out enmasse to vote the APC because it is the best option.