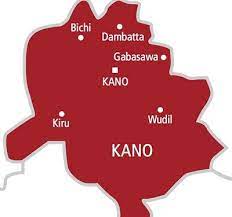 Police spokesman, DSP Abdullahi Haruna Kiyawa, who paraded the suspect on Saturday, said she stabbed the victim at the back of her neck and left her in a pool of her blood. “She was taken to a hospital  but she died while receiving treatment,” the PPRO said.

Kiyawa said the Police acted on the instruction of the Police Commissioner, Sama’ila Shu’aibu Dikko,  when the news reached them.

He disclosed that police officers, led by the Divisional Police Officer (DPO) of Kumbotso Division, SP Mudassir Ibrahim, nabbed the culprit in a hideout at Zawaciki Quarters of Kumbotso.

“Receiving the report, the Commissioner of Police raised and instructed a team of policemen to proceed to the scene.

”Within 24 hours, the team arrived the area and arrested the culprit while the victim was rushed to the Murtala Mohammed Specialist Hospital, Kano, where she was admitted. Unfortunately, on August 20, at about 0800hrs, the victim died while receiving treatment.

”A suspect, one Aisha Kabiru, of the same address with the deceased was arrested same day, at about 1000hrs, in a hideout,” Kiyawa said.

It was gathered that the teenager confessed committing the crime during interrogation. She revealed she had a misunderstanding with the deceased, and during argument, fighting erupted between them.

An eyewitness said the initial quarrel was settled. “But later on, she took a sharp knife and stabbed Bahijja at the back of her neck which resulted to her death. Having realised her crime, she went into hiding,” our source said.

Osun APC in disarray as Oyetola, Aregbesola battle for supremacy