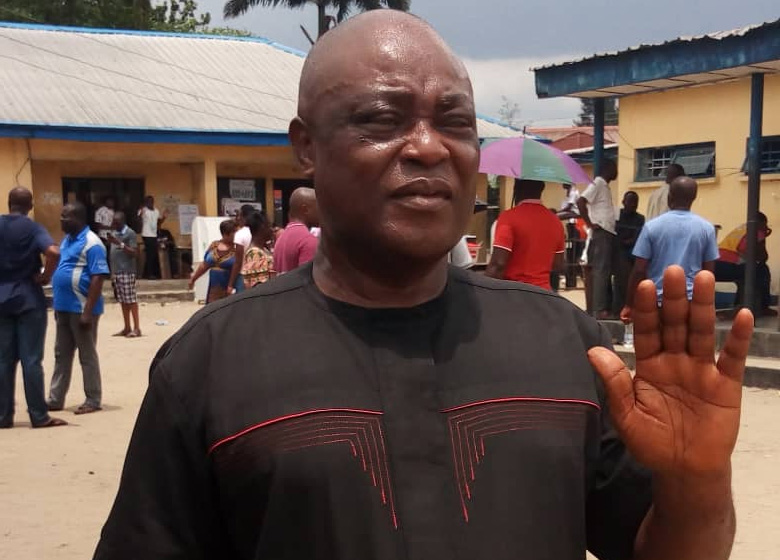 The ruling All Progressives Congress (APC) has said that it has not granted an automatic ticket to former President Goodluck Jonathan who is being rumoured to be planning to defect to the party ahead of the 2023 general elections.

A founding member of the All Progressives Congress (APC) in the South-south, Chief Chukwuemeka Eze, also described alleged scheme by some northern leaders to return the former President to Aso Rock in 2023 as deceitful and a grand conspiracy against the South.

On its part, the Peoples Democratic Party (PDP) has vowed to reclaim power at the centre come 2023, adding that the party would also win 28 of the 36 states across the federation.

The APC said the waiver granted new entrants and defectors into the party does not exclude them from undergoing nomination processes of contesting for positions in the party and as its flag bearers in general elections.

He said defection into the party by any person does not confer the status of an automatic candidate of the party on such individual.

Akpanudoedehe, who was reacting to a misrepresentation of his views on the waiver granted new entrants and defectors by the party’s National Executive Committee (NEC) at its December 8, 2020 meeting in a television programme, said all party members, irrespective of the status of the person, must go through the party’s nomination process as outlined in its constitution.

He maintained that the waiver by NEC was not restricted to anyone.

According to the Secretary, “the waiver is not specific to anyone as being misconstrued and misrepresented in some sections.

“Coming into the party gives no one special status of being an automatic party candidate in any election. All aspirants must undergo the nomination processes outlined by the APC constitution,” he said.

Akpanudoedehe recalled that the party’s NEC resolved and granted waivers to persons who have recently joined the party and those desirous of joining the party in the nearest future to contest for positions in the APC and as party flag bearers in general elections.

He explained that by the NEC resolution, “new members will enjoy all the benefits and privileges accruable by the APC” but not the status of automatic candidate of the party.

According to the Secretary: “For the records, in my recent television interview reaction to the rumoured plans by former President Goodluck Jonathan to join the APC, my statement was that NEC resolution was a blanket waiver to ALL new APC entrants, including the interviewee.

“The waiver is not specific to anyone as being misconstrued and misrepresented in some sections.

“Coming into the party gives no one special status of being an automatic party candidate in any election. All aspirants must undergo the nomination processes outlined by the APC constitution,” he said.

A South-south founding member of the All Progressives Congress (APC), Chief Chukwuemeka Eze, described the ongoing scheme by some northern leaders to return former President Jonathan to Aso Rock in 2023 as deceitful and a grand conspiracy against the South.

Eze, in a statement in Port Harcourt yesterday, said the plot was a packaged trick by some northern leaders to make Jonathan President for one term and retake power in 2027 thereby denying the southern part of the country a complete term of eight years.

Eze said that the northern schemers knew that with President Muhammadu Buhari successfully completing his second term by 2023, the South, in all honesty and fairness, would produce the next President.

But to truncate a southern eight-year rule, the schemes intended to feature Jonathan for one tenure in 2023 thereby throwing the 2027 presidential election open for a fresh zoning  arrangement and contest favourable to the North.

Eze urged all Nigerians to speak up and condemn such a dastardly act that might plunge the nation into unprecedented chaos.

The APC chief, however, claimed that Jonathan had rejected the plan, describing the former President’s rejection as consolatory.

He said: “This plot is an unacceptable insult on both Jonathan and the entire southern political class as if we lack credible political leaders from the South that can turn the fortunes of this country around.

“It is imperative to commend Dr. Jonathan for reading through the deceit of these leaders, trashing their dishonest entreaty and ensuring that his political feats and present status as a great promoter of democracy is not ruined, tarnished but kept intact by keeping these undemocratic elements at bay.

“I am very glad that Dr. Jonathan has done his best to keep these undemocratic forces at bay, who are hell-bent to deny the South the chance to preside over the affairs of this country according to the terms of power rotation between the North and the South, not minding that the northerners have through the military and democratic dispensations governed this country to their heart contents.

“Funny and sad enough, same leaders who ensured that Dr. Jonathan was not reelected in 2015 are the same crop of leaders that are doing everything to lure him back to finish whatever that  is left of him politically.

“As much as I am not a supporter or sympathiser of Dr. Jonathan and his type of politics, as I was one of those who ensured he was not reelected, I will not sit and allow his haters drain the little integrity left of him.

“Luring him to contest the 2023 does not  in any way wash him off the sins and reasons behind why he was not reelected in 2023, but a careful ploy to portray the Southerners as lacking better and credible leaders to improve on the fortunes of the country.”

Eze also commended Governor Nyesom Wike of Rivers State for insisting that he would not support Jonathan if he decided to contest the 2023 general election on the platform of the All Progressives Congress (APC).

Eze said if Jonathan allowed himself to be fooled by those luring him, he would face the worst political defeat in 2023.

He advised Jonathan not to allow himself to be used as an object of division and tension in the country, appealing to him to continue to enjoy his 2015 feat, which earned him an international figure.