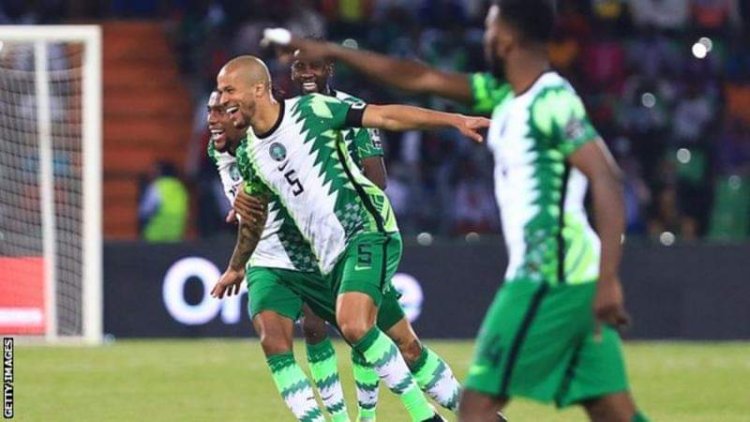 GAC Motor has sent a goodwill message to the Super Eagles of Nigeria for their brilliant performance so far in the ongoing African Cup of Nations taking place in Cameroon.

The auto firm says in a statement, “The GAC team is proud of the remarkable feat in the AFCON outing thus far and will continue to support the Super Eagles through pivotal initiatives.”

It said the firm looked forward to the team bringing the trophy home.

About a year ago, GAC Motor signed a partnership agreement with the Nigeria Football Federation (NFF) to become its exclusive automobile partner –a move made by the automobile giants to harness Nigeria’s burgeoning Youth and Sports Development for global exploration.

The last round of matches at the ongoing African Cup of Nations (AFCON) tournament has seen Nigeria emerge as the winner of its match against Guinea Bissau and the only team to qualify for the round of 16 without a draw or loss at the group stage.

In a pulsating encounter between the group’s first and last, the Super Eagles of Nigeria maintained its stance as Group D leaders after netting in 2 goals to outpace the Djurtus of Guinea Bissau to end the match 2-0.

Sadiq Umar, Super Eagles striker, made a statement in the game by opening the scoring at the 56th minute following a timely pass from the flanks by teammate Kelechi Iheanacho. The striker posed many threats in the opponent’s box with some fast-paced, tactical, and imposing runs.

The Nigerian team got into cruise control after defender William Troost-Ekong turned the ball home in a swift rebound after Moses Simon’s mazy dribble and strike that hit the crossbar.

Beyond scoring the deal-breaker goal, William Troost-Ekong’s dominance within the attacking and defending lines earned him the Man of the Match award.

The Super Eagles of Nigeria have been slick and stylish so far at the 2021 African Cup of Nations holding in Cameroon. Their first group match saw them subjugate the Pharaohs of Egypt 1-0 in a nerve-racking 90 minutes. After defeating the Sudan National Team 2-0 in the second Group D match, they further demonstrated their dexterity. The game against the Guinea Bissau team earned them nine points, making the Eagles the only team to qualify for the Round of 16 by winning all its group matches.

Related Topics:GACSuper Eagles
Up Next