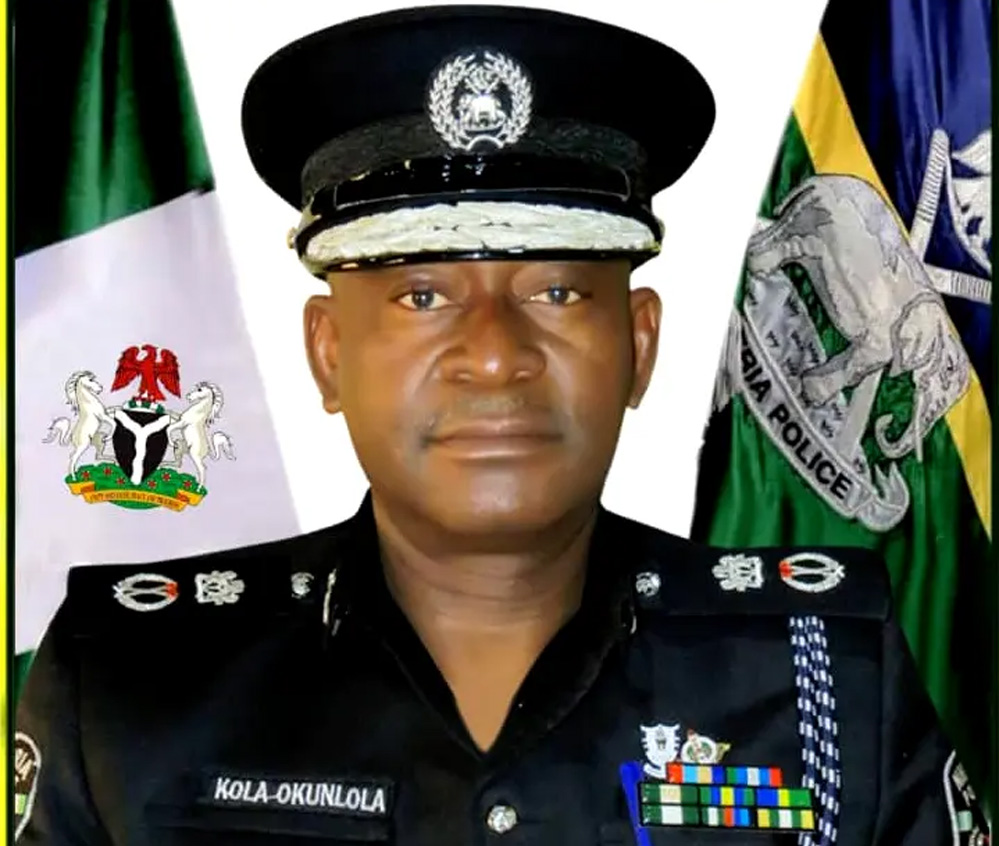 Sokoto State Police command has arrested two suspects over the killing of a female student of the Shehu Shagari College of Education, Sokoto over alleged blasphemy.

The student identified as Deborah Samuel, was mobbed and burnt by some students of the school for allegedly insulting Prophet Muhammad.

The incident which was said to have taken place on Thursday morning led to a riot in the school. The college authority eventually shut down the school over the incident.

The police in a statement by its spokesman, Sanusi Abubakar, said two suspects had been arrested while others identified in the video of the incident would be fished out.

He said the state command received a distress call from Shehu Shagari College of Education in the morning hours stating “that students were rioting over one female student named Deborah Samuel, a level two student, who was accused of making a social media post that blasphemed the holy prophet Muhammad (SAW).

“The students banded together with miscreants and barricaded the Sokoto/Jega road,” he said.

He explained that upon receiving the information, the DC Operations led a team of policemen and all other operational commanders in the state to the school where the road was cleared and the situation was brought under control.

“Two students were arrested in connection with the crime committed.

“The Commissioner of Police, Sokoto State Command, Kamaldeen Okunlola is appealing to members of the public to go about their lawful activities and should not panic as the situation is under control.

“Meanwhile, the suspects in the viral video on Twitter were spotted and will be nailed soon,” he added.

Army nabs 3 soldiers over sale of missing ammunition to bandits 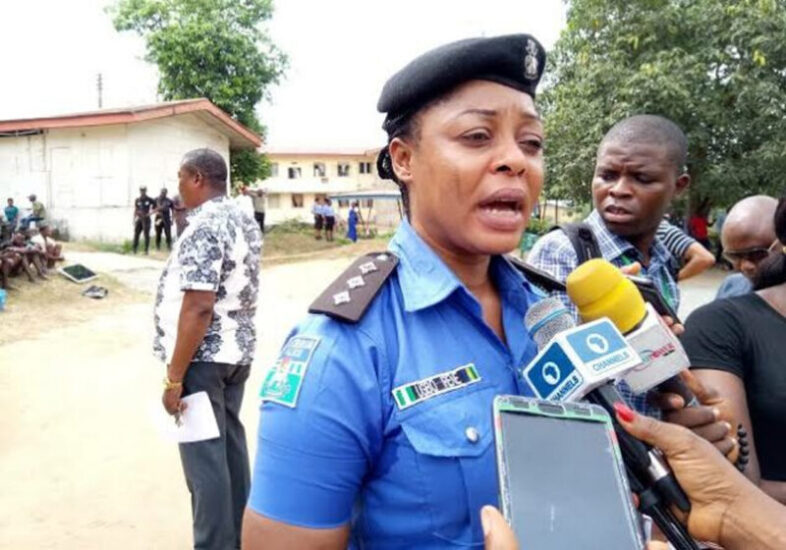 Newsbreak.ng reports that Eno claimed she was sent to do so by a “Spirit”.

The mother of two took a machete and cut off the head of her 11-month-old child.

An eyewitness who does not want to be named disclosed that it was her eight-year-old son who stumbled on the gory sight of his headless brother and a blood-drenched mother who raised the alarm that attracted neighbours to the scene of the crime.

The suspected killer has been detained by the police.

When contacted, the Police Public Relations Officer, SP Irene Ugbo confirmed the incident, adding that it was a homicide case and the matter was being transferred to State CID, Homicide department for onward investigation.

“I learned about the matter yesterday ( Tuesday). You know it’s a homicide case, it will be transferred from Ugep to state CID, Homicide department for further investigation.

“It is quite unfortunate and devastating, already she is in protective custody, but the matter will surely be brought to Calabar,” Ugbo said. 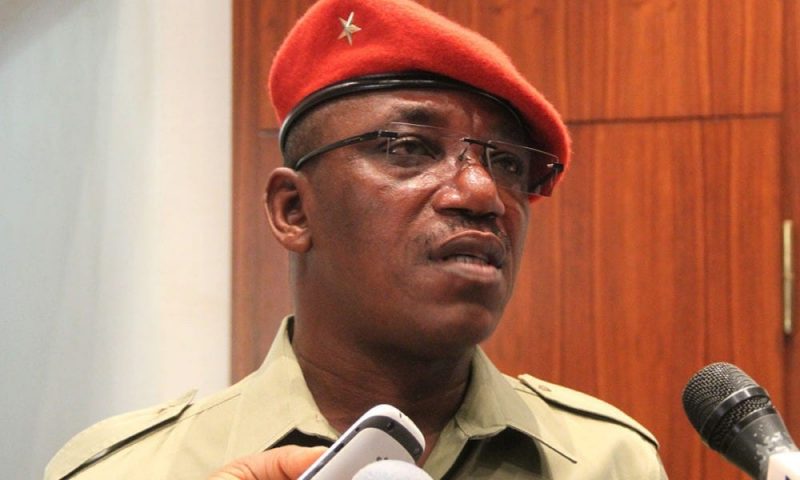 A former Minister of Youth and Sports, Solomon Dalung, has taken a swipe at the First Lady, Aisha Buhari, over arrest and torture of a final year student of the Federal University Dutse, Aminu Mohammed.

DAILY NIGERIAN reports that Mr Mohammed was secretly whisked away by plainclothes security operatives on the orders of Mrs Buhari over a Twitter post.

The final-year student was on Tuesday remanded in Suleja Correctional Center after he was secretly arraigned before an FCT high court by the Nigerian police.

Condemning the first lady’s action in a Facebook Live video on Tuesday, Mr Dalung reminded the first lady that Nigerians didn’t elect President Muhammadu Buhari into the office for them to be oppressed.

Mr Dalung said: “Let me condemn in categorical terms, the tyranny, the abuse of power, and the dictatorship that are coming out of the sanctuary of leadership in Nigeria, which is the Aso Rock.

“Disheartening reports of the deployment of security to kidnap innocent Nigerians by the wife of the president, Hajiya Aisha Buhari, beating them mercilessly, and handing them over to security to be detained, is a highly condemnable act by every right thinking human being all over the world.

“That she went out of her way, to kidnap Aminu Mohammed, a 400-level student from [Federal University Dutse] Jigawa, and also abducted someone who had worked with her, Zainab Kazeem, and brought them to the villa, instructed her security to beat them mercilessly, and subsequently handed them over to be detained by the security forces of Nigeria.

“This is very disheartening and shameful. Aisha Buhari has no right to order for the arrest of any Nigerian. That she’s married to the president of Nigeria does not confer any advantage on her to take the laws into her own hands.”

Mr Dalung called on the Inspector General of Police to order Immediate investigation into the matter and invite her for questioning, assuring the victims that they would stand by them until Justice is served.

“If the two people have breached the law, the only option open to her is to invite the police for questioning. But kidnapping them and taking them to the presidential villa and organizing security men to beat them up is a breach of the law.

“Aisha Buhari has no immunity, and the Inspector General of Police must invite her for investigation and questioning.

“For those citizens of Nigeria whose rights have been violated, I want to put it on record that every possible action will be taken to secure of their freedom and we will fight against this injustice meted out on them until they are appropriately compensated as required by law.

“Aisha is a beneficiary of the goodwill of Nigerians. Common people sold their assets, bought cards and scratch and sent money, to raise campaign funds for her husband. They didn’t do that because they wanted to be enslaved by her.

“Nigerians didn’t suffer to elect Buhari just for Aisha to emerge as a terror in the state house, and be kidnapping innocent citizens into the villa and beating them.

“You have bitten more than you can chew. And I want to assure you that the human rights community, both nationally and internationally, will mobilize every asset to ensure justice is done to Aminu Mohammed and Zainab Kazeem.

”The security agencies holding these two people must release them within the next 24 hours. Failure to do this, we will, of course, employ all lawful means to enforce and expose all forces behind this,” he said. 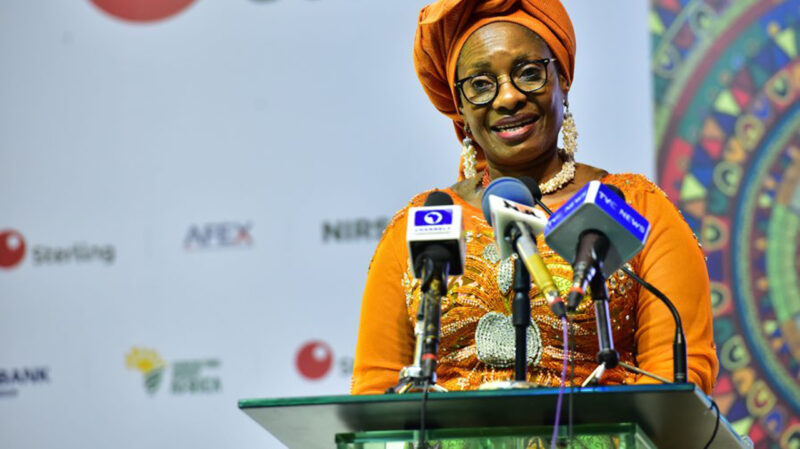 The Minister of Women Affairs, Pauline Tallen, yesterday said over 11,000 rape cases had been recorded in Nigeria with only 33 culprits convicted.

She spoke in Abuja yesterday at the orange ceremony and lighting of the UN house, which took place in commemoration of the 16 days of activism against gender-based violence.

She said harmful cultural stereotypes, failures of law enforcement to investigate rape cases, toxic misogyny and insufficient support for survivors had created a culture of silence and impunity that continued to fail hundreds of women and girls every year.

“Concrete actions have not been taken to tackle the rape crisis in Nigeria with the seriousness it deserves. Women and girls continue to be failed by a system that makes it increasingly difficult for survivors to get justice, while allowing perpetrators to get away with gross human rights violations,” she said.Daily Trust