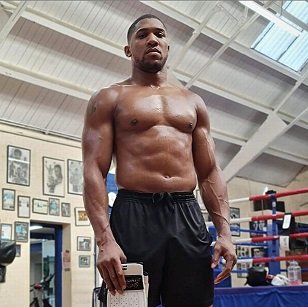 The 31-year-old started his training a couple of days ago and recently took to Instagram to show fans his toned physique.

“My inspiration is my determination,” AJ captioned the snap, where he could be seen standings in a black training short, with a pair of white boxing gloves in his hand.

Within a few hours, Anthony Joshua’s picture went viral on social media, with fans and fellow pros lauding the Brit’s physique. Among the commenters was ex-footballer Jamie Redknapp, who called AJ a “big inspiration” and the future undisputed heavyweight champion. “That’s why you’re King,” wrote a fan. “Simply the Best. A true champion,” added another.

A couple of weeks ago, AJ’s promoter, Eddie Hearn, confirmed that both the heavyweight champions have signed a two-fight contract, with the first fight scheduled for this summer. A date and venue are yet to be finalised, with late June or early July being the top options for the opening clash. The bout, which was earlier scheduled to take place in the UK, could happen somewhere in the Middle-East, with Saudi Arabia leading the conversations.

According to the reports, both parties are expecting to make around £200 million from the first fight which will be split 50-50. However, the winner of the summer clash will get a 60 per cent purse of the rematch, which is rumoured to happen in November or December. Anthony Joshua vs Tyson Fury is expected to break major PPV records as it is being hailed as the biggest bout in British boxing history.

Boxing legend Mike Tyson is among many who are excited to see the clash happen after months of discussions and years of back-and-forth. Earlier, while talking to Haute Living, Mike Tyson picked Fury to come out victorious against Joshua. “I f****** love Joshua, but I think Tyson is too elusive. He’s not going to be able to hit him. I like Joshua a lot, and maybe he punches harder than Wilder, but he doesn’t punch faster than Wilder,” Tyson said. 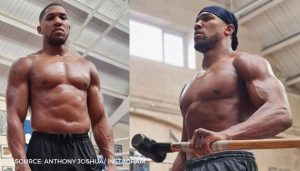