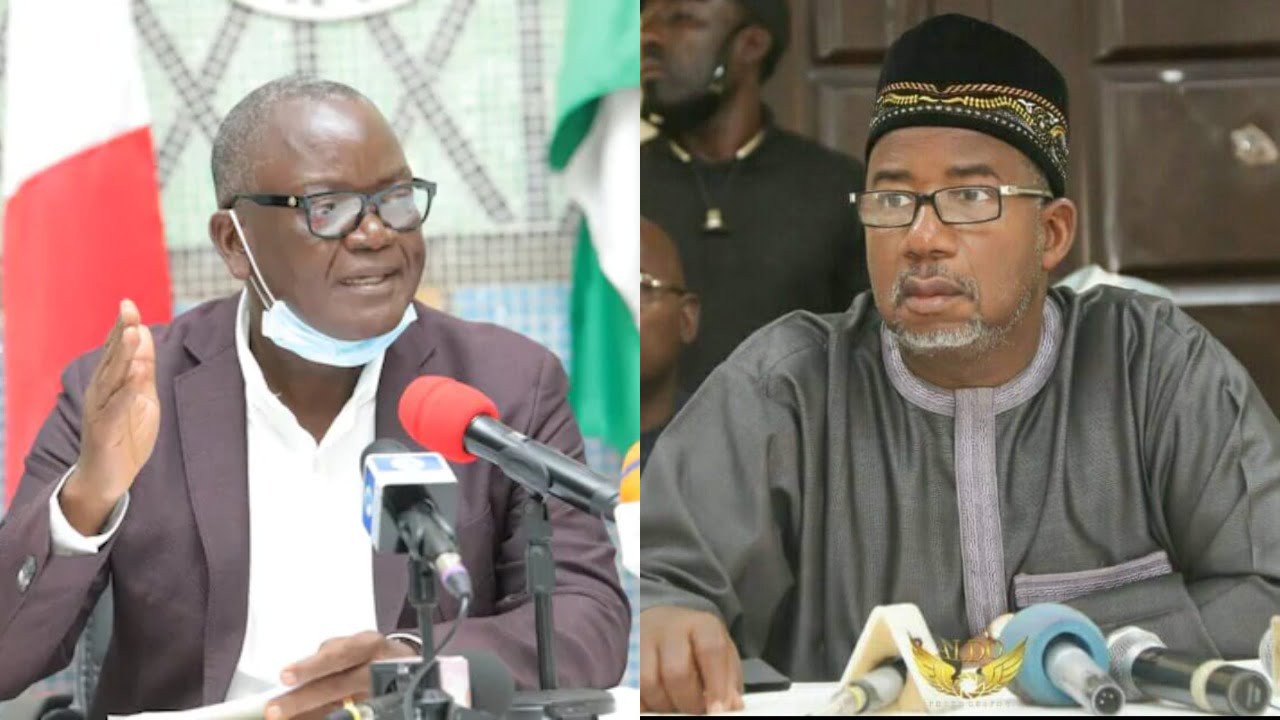 Indeed, he said Mohammed’s open support for the armed herders wrecking havoc across the country suggested that he could be part of the terrorist group tormenting innocent people.

This came as a former Governor of Bauchi State, Malam Isa Yuguda, said that Fulani herdsmen had the right to defend themselves, but not with AK-47.

Ortom spoke on Monday at the Government House in Makurdi, the state capital, while reacting to Mohammed’s comments that herders could bear arms, including AK47, to protect themselves.

He also alleged that the Bauchi governor could be among the armed herdsmen that wanted him dead.

Ortom said, “Some herdsmen wrote me a letter that they will kill me. From the way and manner my brother and governor of Bauchi spoke in support of the herdsmen carrying arms, I suspect that he is among those who want to kill me.

“Should anything happen to me, they should not look far…I wouldn’t want to be joining issues with my brother, friend, and colleague Bauchi governor.

“But since he has continued to vilify, intimidate and blackmail me, it is said that silence is consent. I am compelled to respond to him.

“I am beginning to think that my brother, the governor of Bauchi State is part of the terrorist organisation that is terrorising this country.

“Why do I say this? This is the same governor who took the oath of office to protect the Constitution of the Federal Republic of Nigeria.

“This constitution does not leave room for allowing foreign herdsmen to come in without valid papers.

“It is quite disappointing to hear a governor who took the oath of office say this.

“Maybe, he should go back and check the oath of office he took, to check maybe the constitution gives room for foreign terrorist herdsmen to come into Nigeria.

“His recent outburst that herdsmen are justified for carrying AK-47 to protect themselves is quite unfortunate. I don’t know where the constitution of this country allows that.”

Ortom said Mohammed should learn from the governors of Kano and Kaduna as well as scholars who had supported calls to ban open grazing and the need not to pamper bandits.

He said that herdsmen who are not willing to obey the laws of the state should relocate to Bauchi where Mohammed had allowed them to carry AK47.

He noted that herders attacks had left hundreds of thousands in displaced persons’ camps and dealt a heavy blow on children.

The governor said his call for the declaration of a state of emergency on security was a patriotic one that has the backing of senators, expressing the hope that his letter to Mr President would receive the desired attention.

Meanwhile, a former Governor of Bauchi State, Yuguda, said the Fulani people in the country had been unfairly treated over the years, adding, “The Nigerian state has not been fair to these people (Fulani) over the years. When the white men came, they provided cattle grazing and routes from Maiduguri to Lokoja and Ilorin.”

He stated this while fielding questions from journalists shortly after the revalidation his membership of the All Peoples Congress (APC) at the ongoing registration/revalidation exercise in Bauchi State.

He said, “At the time when Lord Lugard set up the government in northern Nigeria, the Fulani provided revenue that kick-started development in the North in terms of infrastructure, including in Benue State where they were chased out.

“This is a very sensitive national issue and given that I am a Fulani man, when I make comments, people will think I am siding the Fulani; no, but I think the cattle rearers who have been herding for the past 200 years all over the country cannot just wake up in the morning and all of a sudden become AK-47 killers.”

Yuguda wondered why the comment by Governor Bala Mohammed was generating public outcry, arguing, “There has been clamour by senior citizens in this country that we should carry weapons to defend ourselves, but when our governor, Bala Mohammed, made a remark to that effect everyone is crying wolf – all the Nigerian press is saying Bala is this, Bala is that.”

The former governor added, “Let us stop being sentimental for goodness sake, otherwise this country will crumble.”