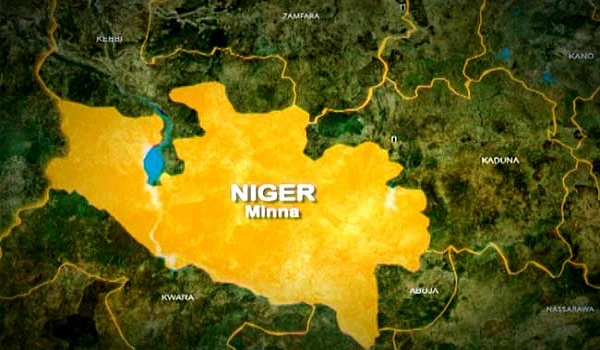 Abductors of the Salihu Tanko Islamiyya School Children have stated that five of the children in captivity are in critical conditions and may die soon.

The head teacher of the school, Alhassan Garba Abubakar, said the abductors told him this in their last conversation.

The abductors, he said, are willing to accept the initial N18m ransom so parents can have their children back.

But the Niger State Government dismissed the new development as a ploy by the abductors to get more money from the parents.

Two of the abducted children were reported to have died last Thursday.

Alhassan said that the bandits sounded urgent on the phone, claiming they do not want more children to die.

“They called me and broke the news of the death. They urged me to make haste for the release of the children because five of them are also in critical conditions.

“With the death of two of the children plus the earlier four who died, six of the children are now gone even though we have paid N50 million earlier, we pray that this time around God will touch their heart to release them,” he said.

The parents have started to start raise money again to prevent further death of their children.

The parents, it was gathered, were anxious over which of the children were in critical conditions.

But Secretary to the Niger State Government, Alhaji Ibrahim Matane, told The Nation that the bandits have been using the same tactics to get more money from the parents and would end up not releasing the children.

He asked the parents to be calm, assuring government was on top of the situation and would get the children back in good health.

“They have been saying this for a long time. It is a ploy and tactic to get more money from the parents. There is no such confirmation or information from our side that anything of such is happening.

“We assure the parents that the government is doing everything, we are mobilizing security and putting in other security measures which cannot be disclosed. They should stop panicking, we will get the children from the bandits in one piece,” he said. 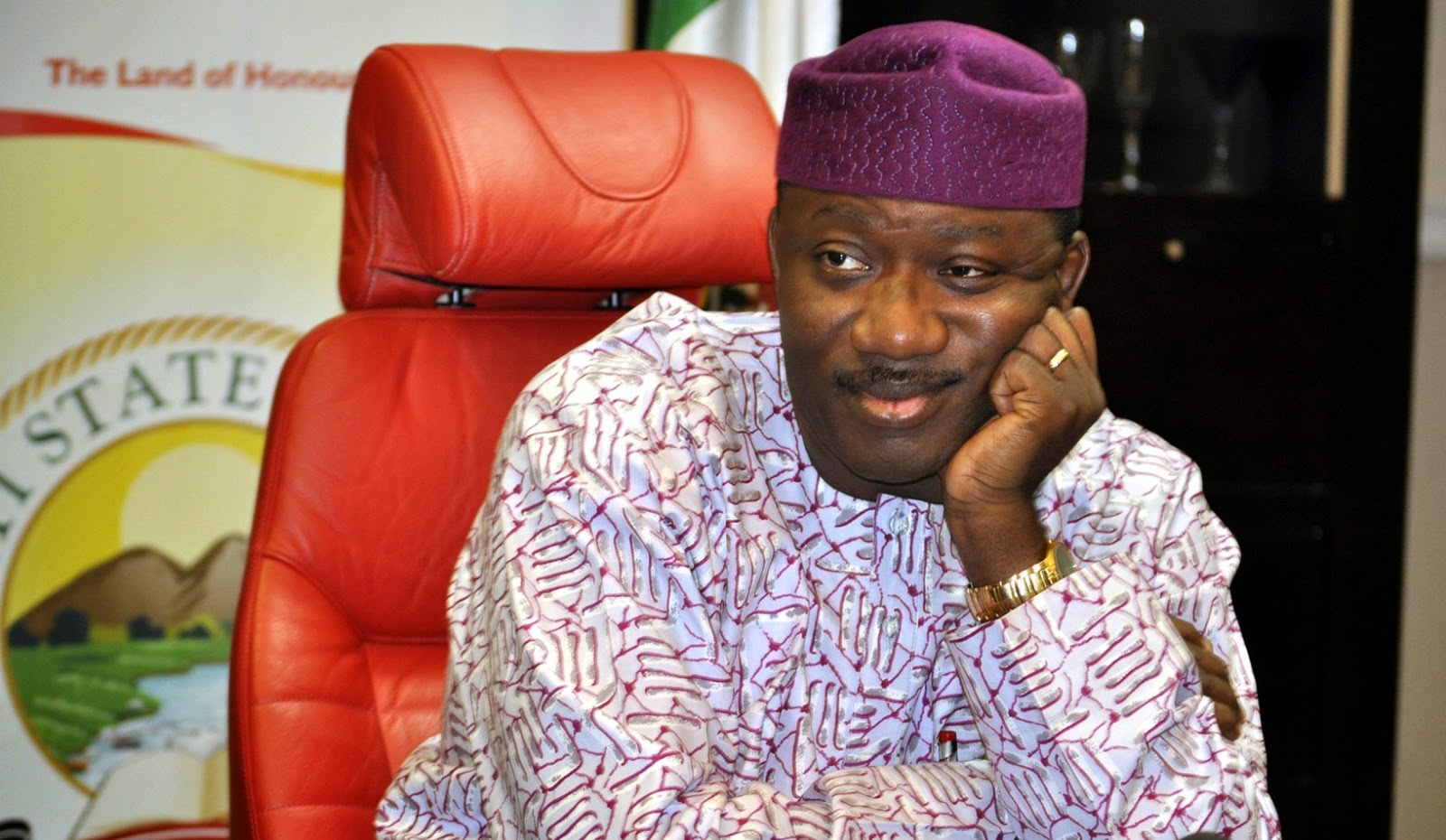 The Trade Union Congress (TUC), Ekiti chapter, has advised Gov Kayode Fayemi to pay workers backlog of arrears as promised during his electioneering campaign in 2018 before the expiration of his tenure on Oct. 15, 2022.

The labour union said redeeming such pledge would further reinforce workers’ trust in the APC-led administration in Ekiti and smoothen relationship with the incoming Governor,   Biodun Oyebanji.

The union congratulated Oyebanji on his victory in the recently concluded Governorship poll, urging him to be magnanimous in victory by being inclusive in governance and forming robust alliance  with opposition, to build Ekiti of his dream.

The News Agency of Nigeria reports that this was contained in a statement in Ado Ekiti after the union’s State Executive Council’s meeting and signed by its State Chairman,  Sola Adigun.

The council condemned in strong terms, the rate of kidnapping of citizens in the state, urging Fayemi to devise means to curtail the nefarious act, threatening peaceful coexistence and investment drives.

Sequel to government’s inability to meet some pending workers’ demands, TUC issued a 21-day ultimatum to government to pay all arrears of salaries, deductions and promotion, failing which industrial harmony could no longer be guaranteed.

“The TUC commends the government’s prompt payment of salary since the inception of this outgoing administration in October 2018 till date.

However, the TUC reminds Governor Fayemi of his initial promise to offset all arrears payment before the expiration of the tenure.

“But we noted with dismay, the refusal of the government to remit the already deducted dues such as co-operative deductions, contributory pension, bank loans repayment, NHF fund, to the appropriate quarters.

He said this had made life becoming unbearable for workers.

“We equally frown seriously at the refusal of the Accountant-General of the State to continue with cooperative savings update of Ekiti workers, due to the alleged presence of some syndicate operating in her office.

“Most members of TUC have not benefited from the new minimum wage after almost two years of implementation in the state.

” We call on the government to implement the minimum wage across the board for all workers without further delay.

“We note that the financial backing giving the 2018 – 2019 promotion exercise was selectively implemented.

“Hence, we call on  government to ensure that others exempted should be immediately captured for financial remuneration.

“The TUC also demands that the facilities in the health institution, especially the teaching hospital, be upgraded to meet up with the expected standard of best practice.

“Finally, the meeting demands that the government should set machinery in motion within the next 21 days to meet up with the demands, failing which industrial harmony will no longer be guaranteed”. 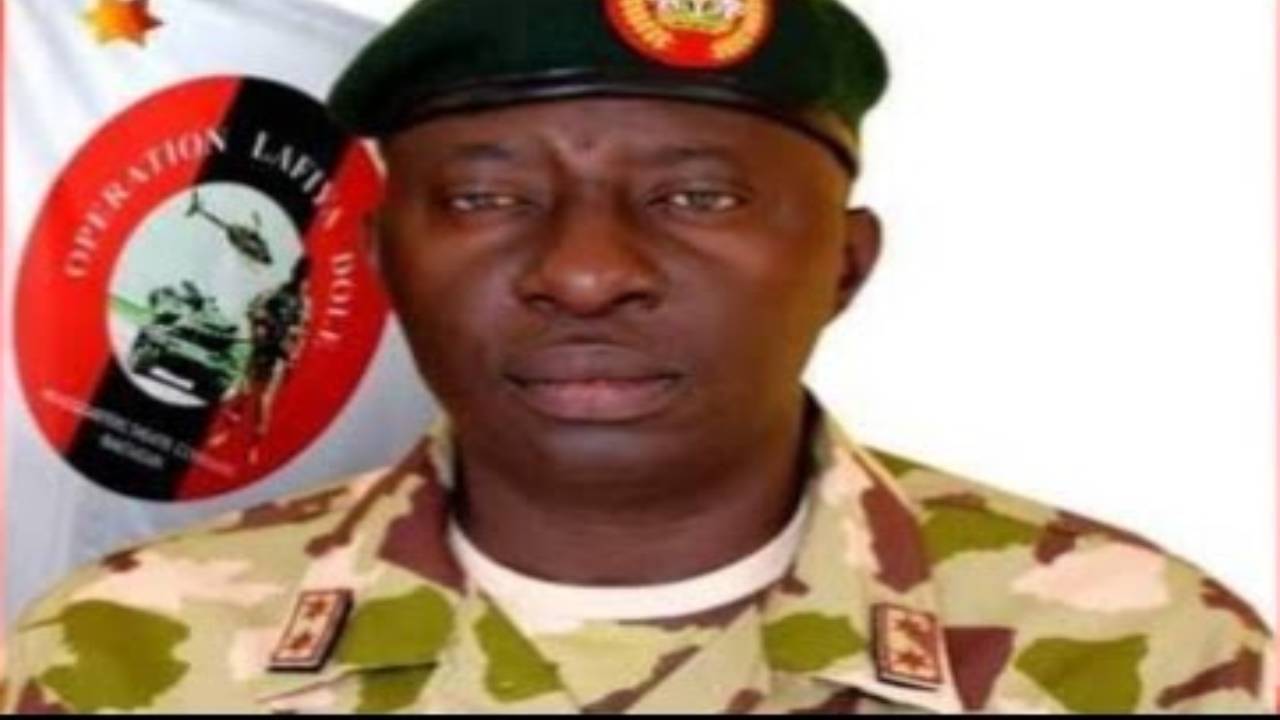 The Nigerian Army says it will continue to engage the services of its retired personnel in tackling insecurity in the country.

The Chief of Army Staff (COAS), Lt.-Gen. Faruk Yahaya said at this on Tuesday night at a ”Regimented Dinner ” he organised for the 2021 set of retired officers from its 3 Division, Rukuba, near Jos.

The COAS, who was represented by Maj.-Gen. Ibrahim Ali, the General Officer Commanding (GOC) the division and Commander Operation Safe Haven (OPSH), thanked the retired personnel for their sacrifices and commitment to duty while in service.

He explained that the expertise of the retired personnel would be needed toward supporting the Nigerian army in its bid to end all forms of insecurity in the nation.

”I wish to assure you that the Nigerian army is grateful for the services you rendered to our father land.

”There are ongoing efforts to engage the services of the retired professionals with the wealth of experiences gathered over the years.

”These experiences are necessary toward tackling all forms of insecurity in our nation, ”he said.

Yahaya added that the dinner was organised to appreciate the retired personnel and their spouses for thier meritorious service to the nation.

The COAS assured the personnel still serving, to put in their best in securing the territorial integrity of the nation and promised to make their welfare top of his priorities.

Also speaking, retired Maj.-Gen. Hasaan Umaru, who was Special Guest at the event, thanked the COAS for introducing the dinner as a welfare package for the retired officers.

He tasked the retired officers to be good ambassadors of the Nigerian army and be ready to support it anytime their services would be needed.

Umaru advised them to contribute to the growth of their immediate communities and the society in general.

The News Agency of Nigeria (NAN) reports that earlier, a buffet was held in honour of retired soldiers at the cantonment.

The Federal Government says over two million households in Nigeria are currently benefitting from its conditional cash transfer programme.

The government also said over 20 million persons were indirect beneficiaries of the programme in the two million households.

This came as it began partnership with the Economic and Financial Crimes Commission,EFCC,the Independent Corrupt Practices and Other Related Offences Commission,ICPC and other relevant agencies to probe compliance level of the National Social Investment Programme,NSIP in states of the federation.

The National Coordinator of the National Social Investment Programmes, NSIP, Dr. Umar Bindir, speaking on Tuesday at the stakeholders’ meeting on state compliance check exercise of NSIP in Abuja, said, ”As we speak, we are now advancing cash transfer to two million households, these are houses of not individuals, so if you are approximately putting 10 people per household,you are talking about probably like 20 million or so people that we are handling.”

Bandir said the government was spending between N12 billion to N15 billion monthly.

“When you look at N-Power,we have a bill of possibly between N12 billion to 15 billion every month. And you can estimate that we have 510,000 now ongoing and we have the batch c for 490,000 coming on,so when you multiply the number of the graduates by N30,000 per month, you will get the figure,”he said.

He said government was injecting N12 billion and N14 billion every month into the funds for feeding school children.

He said, “If you look at the school feeding,you will see that we are feeding between nine to ten million children nationwide and each child on a schooling day is fed with N70 per meal,so again,when you do the arithmetic,you get something maybe between N12 billion and N14 billion every month in feeding these children during school every month.

“But the finances injected in summary,into the National Social Investment Programme,the recurrent alone is over N300 billion. That is not enough,that is less than possibly what is required, gauging against the number of poor and vulnerable we have in this country.

He said, ”We are beginning to see the multiply effects, people who have gotten credit and are now hiring one or more people, therefore,the employment generation is improving. The graduates,some of them are exiting and establishing their businesses.

The Permanent Secretary, Ministry of Humanitarian Affairs, Disaster Management and Social Development, Dr Nasir Sani-Gwarzo, speaking at the event, said government had begun partnership with relevant agencies in carrying out the compliance check of the implementation guidelines “of all our programmes and to develop a standard and effective compliance check structure for the various NSIP assignments.”

The Permanent Secretary,who was represented by the Director, Special Needs, Mrs Nkechi Onwukwe, explained that,”Our primary goal is to meet the needs of the people who need a helping hand from Government to restore hope, provide support and succor, as well as an enabling environment for recovery, rehabilitation and social inclusion, while ensuring their human dignity is upheld at all times.”

The creation of the ministry,he explained, “was necessitated by the compelling need to harmonize, synergize, institutionalize, as well as provide coordination of all government’s humanitarian and social interventions.

“This is in line with the vision of Mr. President to lift 100 million Nigerians out of poverty in 10 years.”

“The National Social Investment Programme, a social investment initiative aimed at tackling poverty across the country was launched, targeting “the poorest of the poor and the socially excluded members of the society.”

Speaking more on the event, he said, ”The activities of the Mmnistry constantly impact on the well-being of the indigent citizens and contributes to the socio-economic development of the country and in order for the ministry to effectively provide the desired and much needed coordination and leadership it was conceived to provide, it must have an effective and consistent means of appraising its activities.”

Sani-Gwarzo said since inception, the ministry had so far “achieved a lot in the area of the provision and effective coordination of humanitarian interventions in keeping with our mandate. “

“We have also been able to provide coordination through cooperation and partnerships with relevant government MDA’s, development partners, UN agencies and other strategic partners.

“This is all in a bid to ensure sustained and expanded social protection programmes, prompt emergency response services, and appropriately targeted humanitarian interventions,”he said.

Noting that,“The National Social Investment Programme,NSIP is the biggest social protection and poverty eradication programme ever put in place by any government in Nigeria and one of the biggest in Africa”,he explained that:”it was established by President Buhari in 2016 to address immediate and long-term socio-economic imbalances and inequalities, alleviate poverty, and stimulate accelerated economic growth.”